AirSelfie 2 and JJRC H59 -Battle of the selfie drones 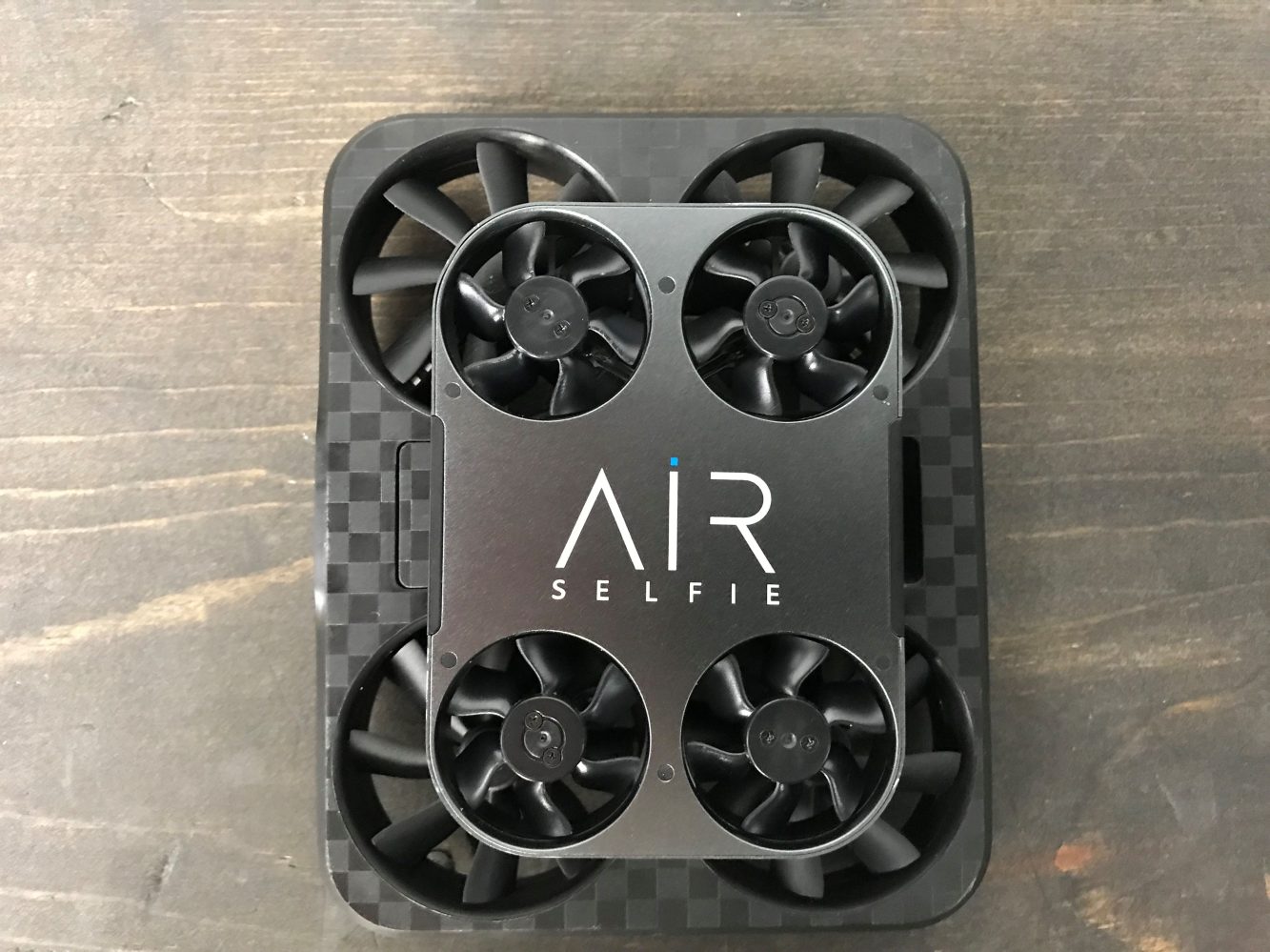 Over the last two years, selfie drones have grown in popularity. Is there a better way to up your selfie game than to use a drone? Their small size and ease of use make them ideal drones to take with you.  We will take a look at a couple of different options, the AirSelfie 2 ($160) and the JJRC H59 Ferry ($72).  Can these little drones boost your Instagram feed or Snapchat story? Let’s find out.

The AirSelfie 2 is one of the most popular selfie drones out there. It features an upgraded 12 MP camera and a flight time of 5 minutes as well as 16 GB of onboard storage. The AirSelfie 2 even comes with a power bank charger that you can use to store your drone and charge your cell phone. The AirSelfie 2 flies with an app on your smartphone. 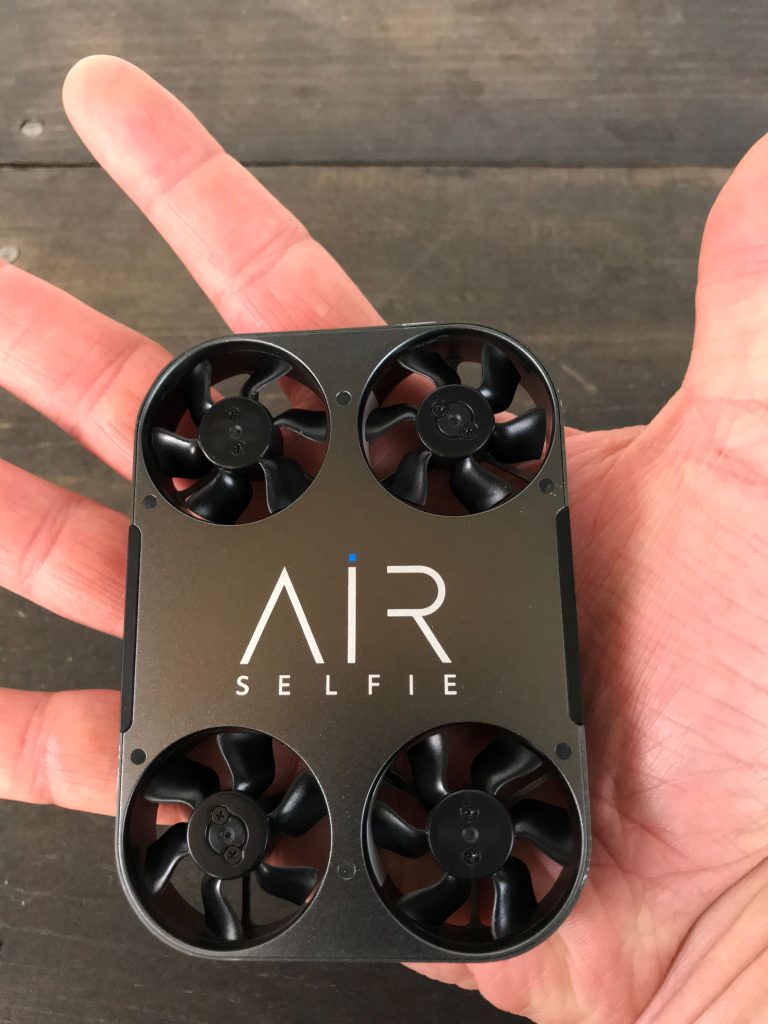 The AirSelfie 2 features three different ways to fly. There is a one-handed beginner mode, that is, in fact, an easy way to fly. When in both beginner and intermediate mode the camera faces you for easy selfies. The intermediate mode also utilizes one-handed operation but is confusing and difficult to use. The third mode called advanced mode gives the user virtual joysticks and the AirSelfie 2 will fly like a typical drone in advanced mode. When in advanced mode the camera faces away from you and you can watch the video feed on your smartphone.

This drone was built to take selfies and that is one thing it does well.

The AirSelfie 2 uses downward facing cameras and sensors to help keep it level and stable. It does a good job indoors but is basically unflyable outdoors in any type of wind. Its small design and oddly shaped propellers aren’t engineered for flying but rather durability and portability.

This drone is smaller and lighter than most smartphones and will easily fit in your pocket or purse. That makes it ideal for bringing with you. As they say, the best camera is the one you have with you. 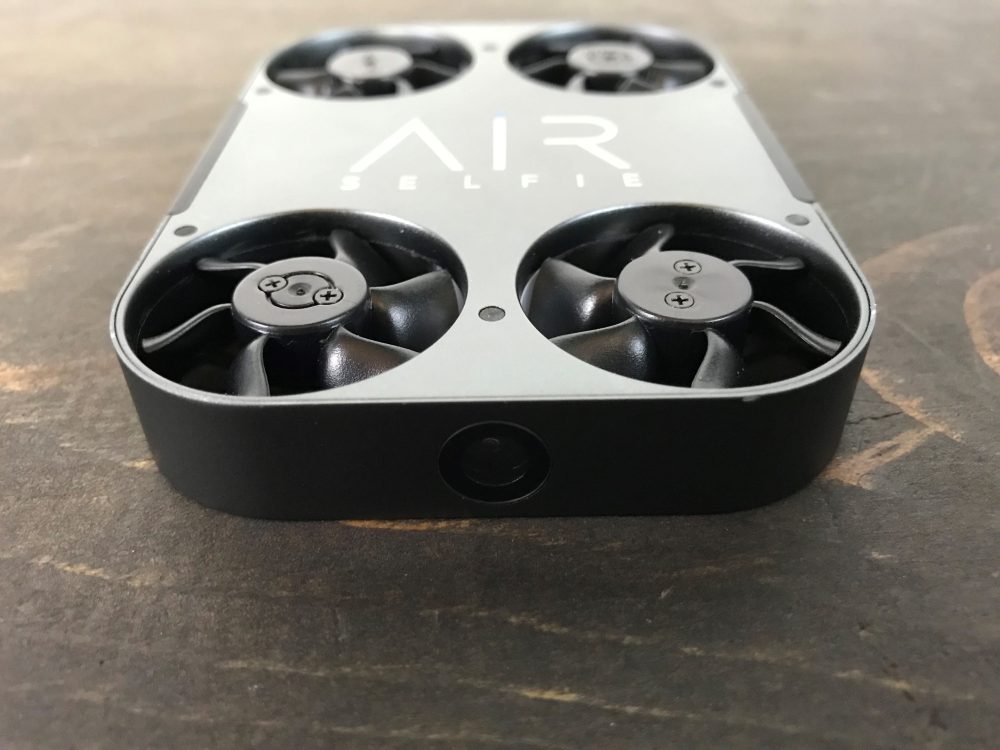 The camera on the AirSelfie 2 is actually quite good. It takes clear crisp pictures. There is no image stabilization so videos will show movements of the drone and tend to be a bit shaky. This drone was built to take selfies and that is one thing it does do well. The camera in the first two modes faces the pilot and it is easy to snap pictures. 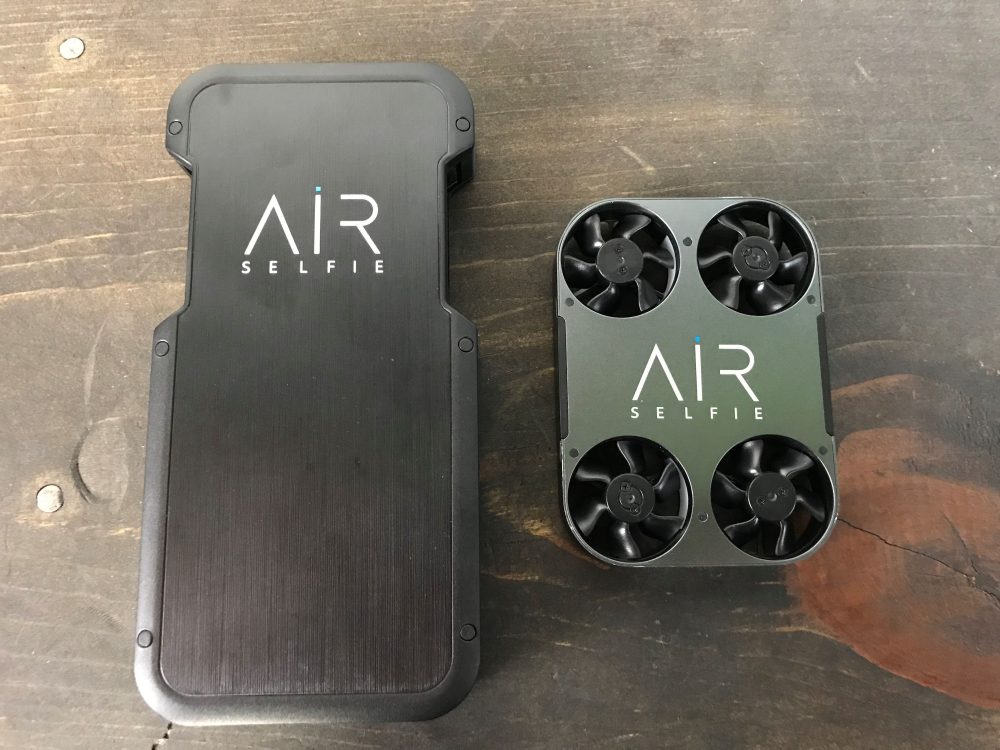 The AirSelfie comes with a power bank charger that can double as a place to store your AirSelfie 2 drone. It is a really nice feature and can even be used to charge your smartphone on the go.

The AirSelfie 2 is a fun little drone but really it is only good for one thing, taking selfies. If you ask me, $200 is a lot for a one-trick pony. How does it stack up against a less expensive selfie drone like the JJRC H59 ($72)? 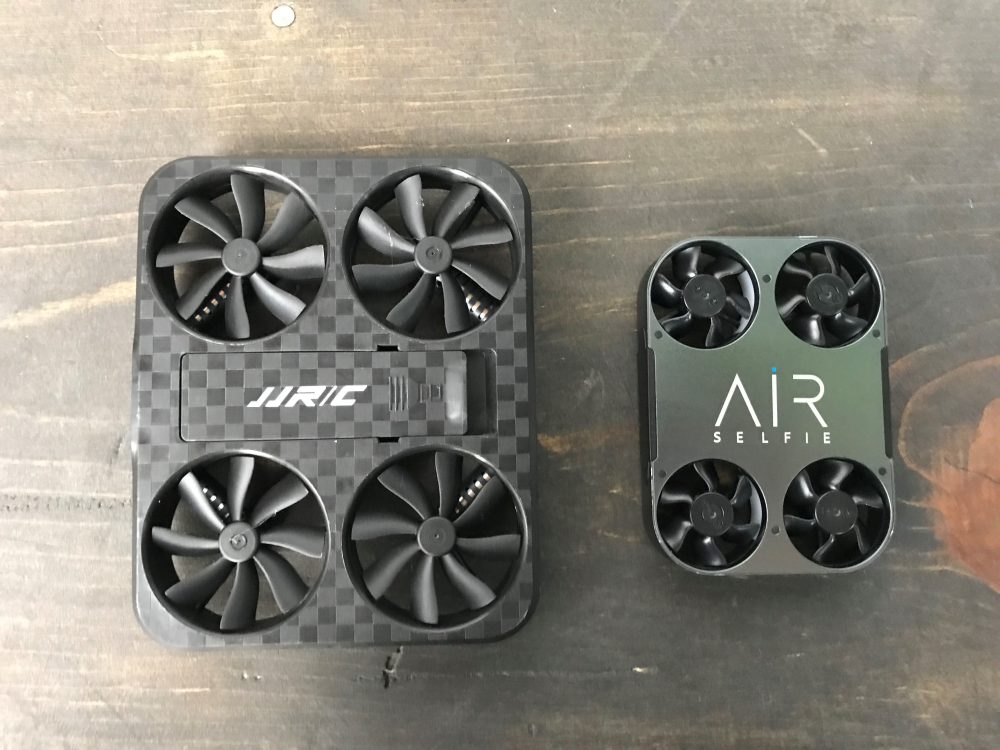 The JJRC H59 Ferry looks like a larger plastic version of the AirSelfie drone. Like the AirSelfie drone, it has downward sensors for stability and is flown using your smartphone. It actually is more stable and I believe that has a lot to do with its larger size.

The camera angle can be manually adjusted, which is something that the AirSelfie 2 cannot do. While it is a 1080p camera the quality isn’t on par with the AirSelfie camera. It’s 5 MP camera is decent, but can’t compete with the 12 MP camera of the AirSelfie 2. I would say it does the job if you are looking for a drone that can take selfies for you.

The JJRC H59 has a shorter flight time and will typically last only about 3-4 minutes. However, it is a more robust drone and is capable of flying outdoors in a light wind. Neither one of these drones is really recommended for flying outdoors. 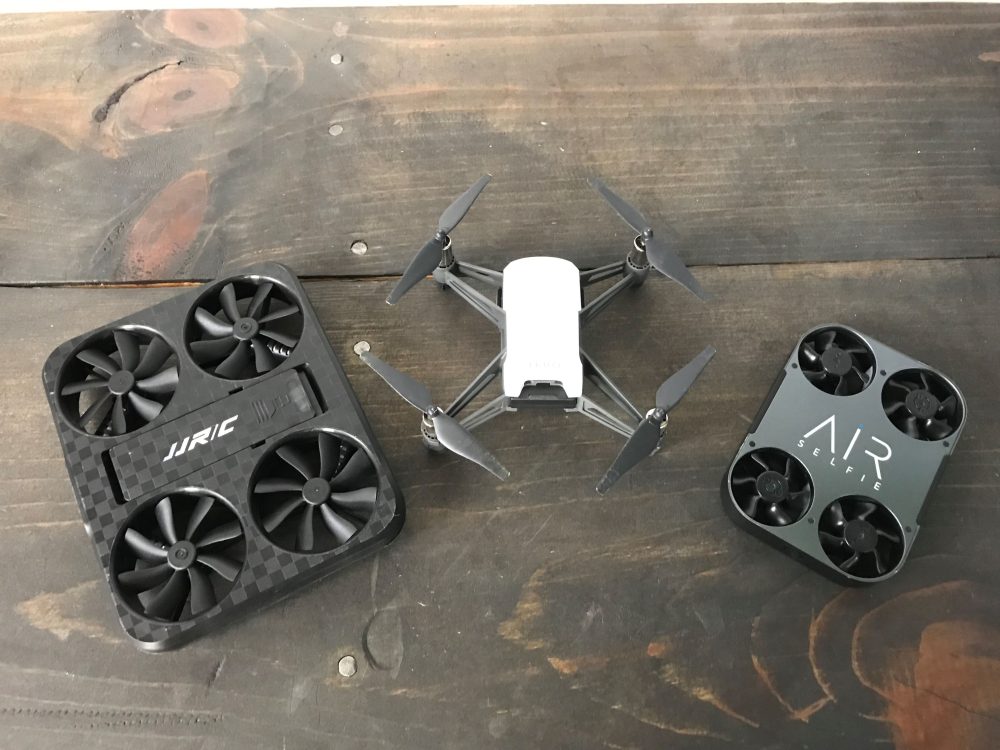 Are there better options?

You can decide if the Air Selfie 2 ($160) or JJRC H59 ($72) is worth it for taking selfies. Their designs make them ideal for throwing in your bag and pulling out for a quick selfie. However, they are very limited in being able to do much more. The Ryze Tello is a much better all-around option. At $79 it can take selfies but is also capable of flying outdoors. It even has a handful of intelligent flight modes, including a dronie mode for taking selfies. Learn more about the Tello here.

If you’d like to help us grow, you can buy your next drone through one of the following links directly from manufacturers, such as DJI, Parrot, Yuneec or retailers like Amazon, B&H,BestBuy or eBay. We will make a small commission and it will not cost you anything extra. Thank you!