Mavic 2 Pro vs. Phantom 4 Pro – read this before buying 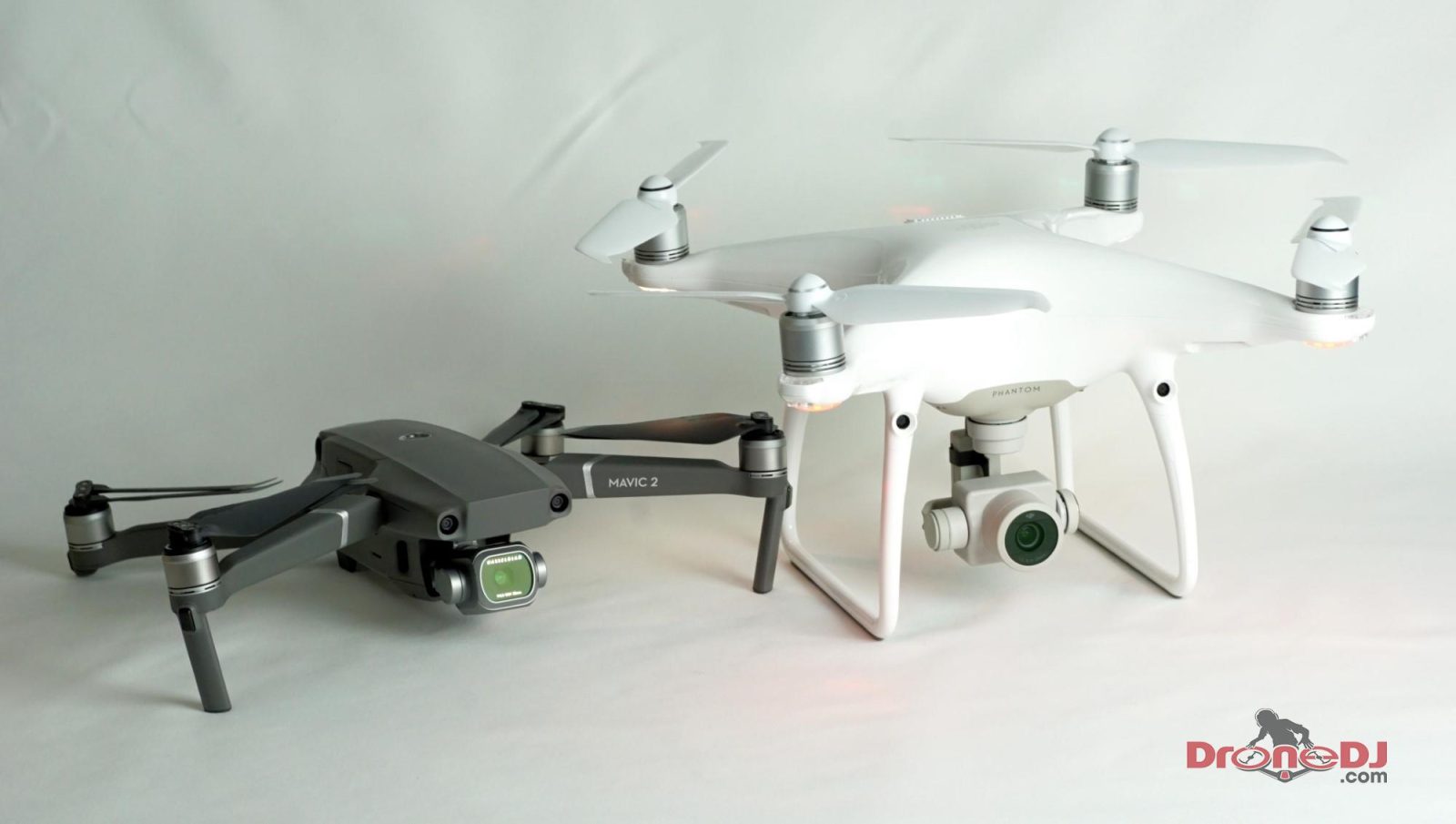 At first glance, the Mavic 2 Pro (1,499) seems like the obvious successor to the Phantom 4 (also $1,499). The Mavic 2 has equivalent specifications in almost all areas, but it folds into a fraction of the size of the Phantom 4 Pro. The Mavic 2 Pro also sports 10-bit color on a Hasselblad-branded camera and several new automated flight modes among other improvements. With these upgrades it seems like the Phantom 4 is finished, right? Despite the apparent advantages of the Mavic 2 Pro, the Phantom 4 Pro still has some key features that give it an edge for some pilots. In this comparison, I dive into the specs, discuss the hidden pros and cons of each drone, and tell you which is best for specific applications.

There is much more to the story than just the specs. The devil is in the details, and there are many details regarding these drones that DJI does not publicize. But before we can dive deep, let’s review the specs of these two drones. As you will see, on paper they are more alike than they are different. There is a lot more green in the Mavic 2 Pro column, but the differences are often subtle. You are unlikely to notice the extended range or longer flight time in the Mavic 2, for example.

The global shutter on the Phantom 4 Pro also provides a major advantage to pilots who perform automated mapping missions
The first spec where the Mavic 2 Pro stumbles a bit is the 4K video frame rate. Many prosumer pilots complain about not having the ability to record 4K at 60 frames per second. I never look forward to editing video with this speed and resolution due to the fact that it uses 8 times the storage space of full HD 1080 at 30 fps. Regardless, this a popular option and it is missing on the Mavic 2 Pro.

The Mavic 2 also omits the C4K, also known as 4K DCI. This wider aspect ratio is preferred in the cinema but is not important to many pilots. There is no doubt that some pro pilots will want the Phantom for this feature alone.

Another other missing feature in the specs of the Mavic 2 is the mechanical global shutter. This omission will bother the fussiest professional photographers and those who are snapping fast-moving action shots.

The global shutter on the Phantom 4 Pro also provides a major advantage to pilots who perform automated mapping missions. Maps are generated with photographs that are taken while the aircraft is in motion. The rolling electronic shutter of the Mavic 2 is not well suited for this purpose, and map accuracy will suffer. 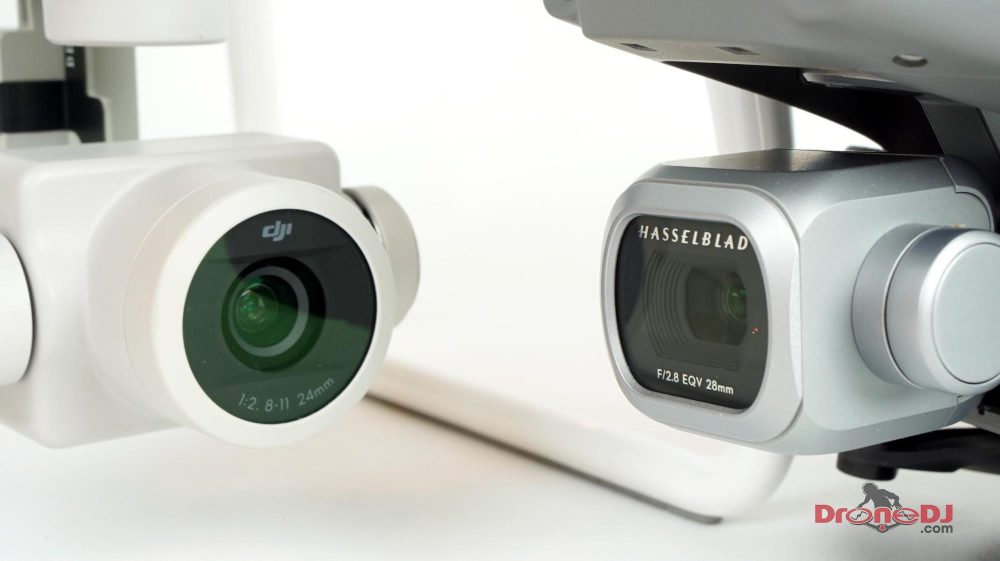 The Mavic 2 is loaded with flight modes and extra features that the Phantom 4 Pro does not include. Even with all of those features, DJI has consistently decided not to include ATTI mode on the Mavic series of drones. Many professional pilots protest this omission, and rightly so. The behavior of drones with no dedicated ATTI mode (GPS turned off) can be quite erratic in areas with spotty access to GPS. This is particularly a problem when flying indoors or in tight spaces like canyons.

Some professional pilots also feel they can capture smoother footage with GPS turned off. There are some hacks to get ATTI mode on the Mavic drones, but DJI should really include this feature on any drone with “Pro” in the name.

The Mavic 2 Pro ties or beats the Phantom 4 Pro in all categories other than the shutter and 4K limitations mentioned above. Clearly the Mavic 2 Pro is more compact, but it also has an edge on the Phantom in flight time, range, weight, upward-looking obstacle avoidance, and APAS. APAS is an upgraded obstacle avoidance system that will fly your drone around objects rather than coming to a dead stop. The Hasselblad color profiles of the Mavic 2 Pro are also a clear winner – they are stunning.

Following the lead of the Mavic Air ($699), the Mavic 2 includes 8 GB of internal memory. This isn’t as much as they should have included. DJI got the message on the Mavic 2 Enterprise and included 24 GB. That said, the 8 GB that DJI did provide on the Mavic 2 Pro will save you if you forget your SD card. You don’t get any memory on any of the Phantom models (yet), so the Mavic 2 Pro wins with 8 GB. 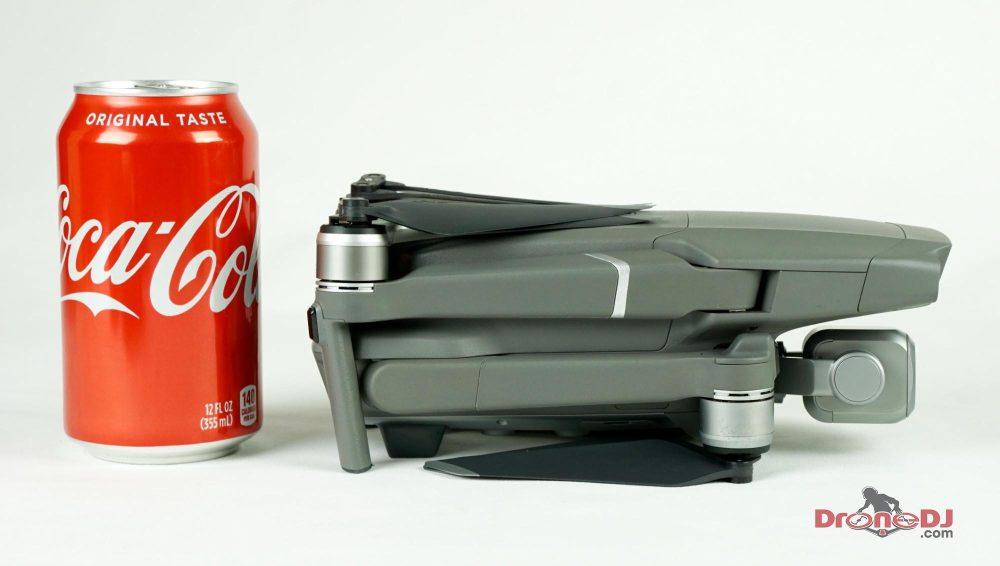 The Mavic 2 has a suite of new flight modes that are not included in the Phantom 4 Pro. ActiveTrack, Waypoints, and POI (point of interest) all get an upgrade. The Mavic 2 drones also include fun new modes like hyperlapse, Astroid, and Boomerang. Several of the flight modes are useful, but they ultimately rely too heavily on object tracking, which DJI still can’t quite master. The Parrot Anafi does a better job by seemingly assigning a GPS location to objects of interest.

Beyond the specs – Mavic 2 Pro vs. Phantom 4 Pro

Hidden advantages of the Mavic 2 Pro

Beyond the spec sheet, the Mavic 2 performs better than the Phantom 4 Pro in a few ways. The first improvement that DJI made the Mavic 2 Pro is the gimbal. Despite being crammed on a smaller frame, the Mavic 2 Pro’s gimbal is ridiculously steady. Gimbal drift, vibrations, and strange behavior have been issues with every Phantom I have owned, but the Mavic 2 is rock solid.

The second feature I like on the Mavic 2 Pro is the 4K HQ mode. In this mode, the drone uses only the central portion of the sensor to record video. This provides a cropped video, which gives videographers the ability to record what some people say is a more cinematic perspective.

The final unstated advantage of the Mavic 2 Pro is the unobscured field of view. The Phantom will often pick up the front propellors in the video frame when flying forward. It is also sometimes possible to catch the legs in the field of view when the camera is looking down and the Phantom 4 Pro is flying sideways. This is not a problem with the Mavic 2 Pro, which also supports an extended unobscured look-up angle.

The secret advantage of the Phantom 4 Pro

several experienced pilots returned their Mavic 2 Pros in favor of keeping their Phantom 4 Pros
What most people don’t know about the Mavic 2 Pro is that its 4K video is soft. The reason for the less-than-sharp footage has nothing to do with the optics – the lenses are fantastic. Instead, the problem stems from some fundamental hardware limitation. Conspiracy theorists suggest that DJI needs to leave some advantage for the Phantom lineup. Others suggest that the cameras were overheating when processing all that 4K data. I believe that DJI made a mistake. They most likely picked a sensor and a processor that just don’t quite jive.

As a result, DJI had to resort to some software tricks like averaging and line skipping to be able to process 4K footage. The hardware limitation is also likely why there is no 60 fps option when recording in 4K. These limitations are a major bummer for 4K enthusiasts, and several experienced pilots returned their Mavic 2 Pros in favor of keeping their Phantom 4 Pros. If you go for the Mavic 2 then we suggest you use the 4K HQ mode, which is more narrow but seems to do better in terms of sharpness. 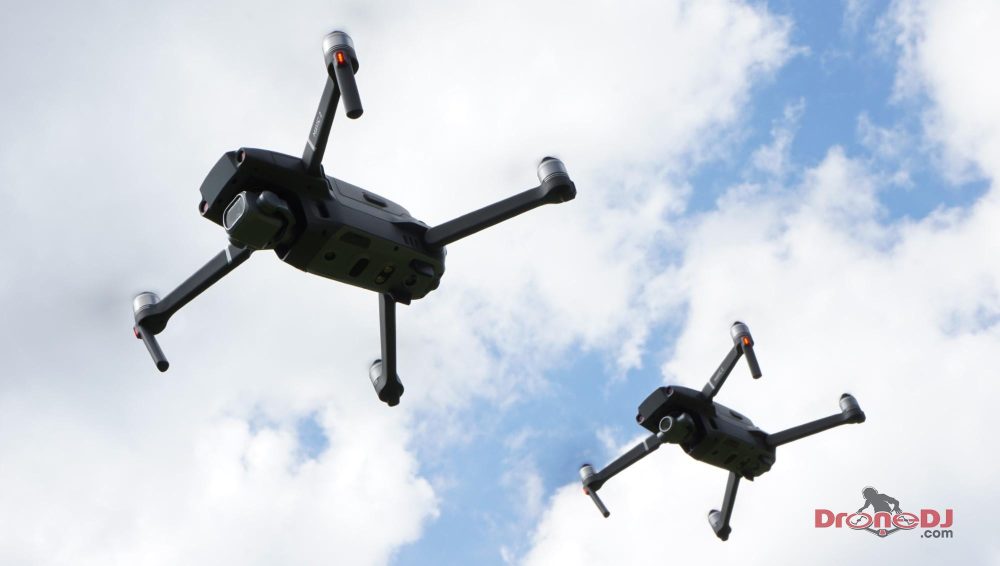 Which drone is best for you depends on your needs. Here is my advice based on use cases and profession.