The Sunflower drone security system for your home 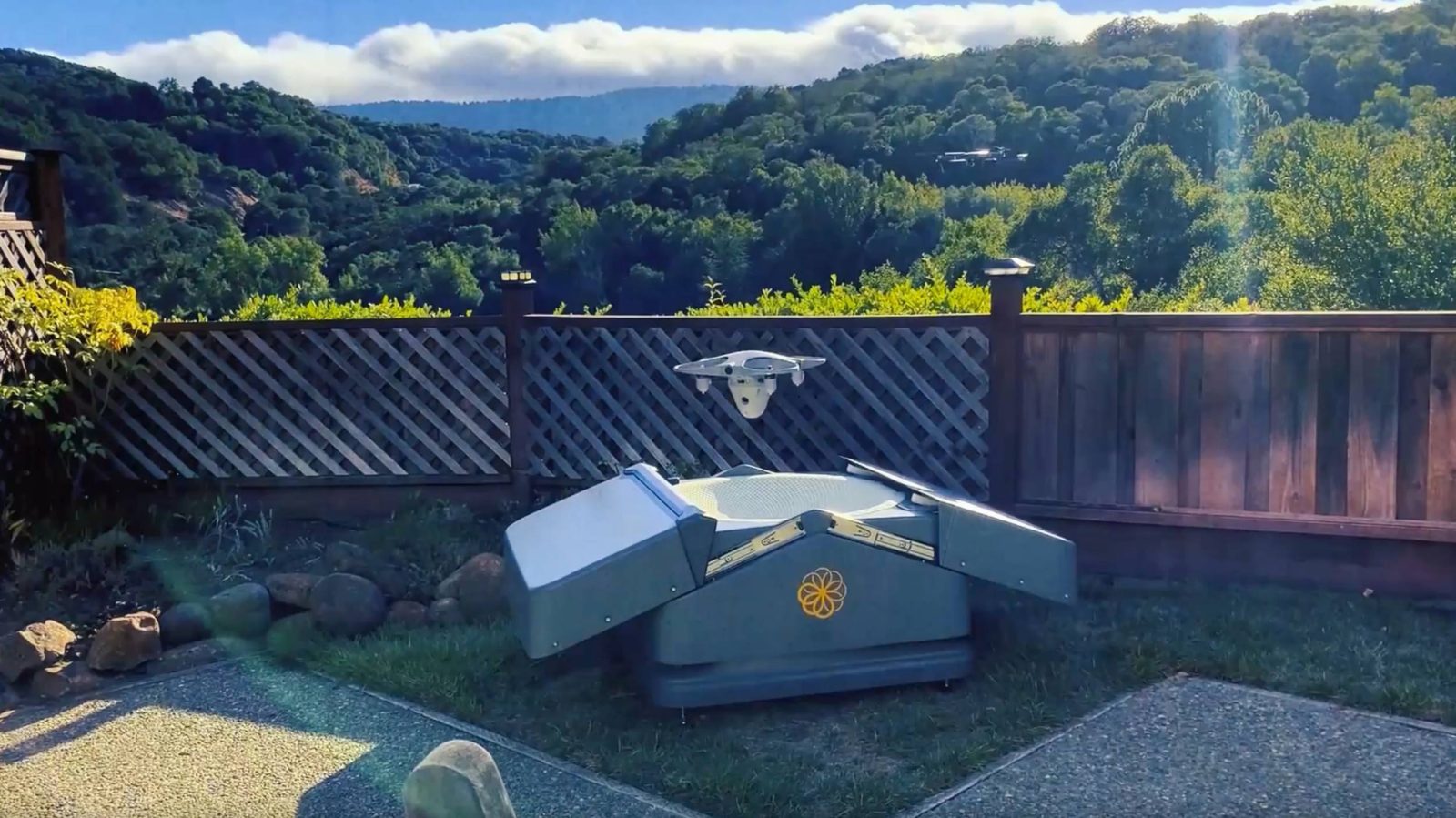 Former Evernote executive and Sunflower Labs CEO Alex Pachikov showcases the Sunflower drone security system at his own house in San Carlos, California. The system consists of ‘Sunflowers’, a ‘Bee’ and a ‘Hive’. And as you might have guessed, the Bee is the drone in this home surveillance system. Even though there are some challenges to overcome before drones can be as part of fully autonomous home surveillance systems, it is good to see companies working on new drone applications. Let’s take a closer look at the Sunflower drone security system and how they plan to put drones to work.

As I mentioned earlier the home security system consists of ‘Sunflowers’, a ‘Bee’, and a ‘Hive’. The Sunflowers look like regular garden lights, strategically placed around the yard, but don’t be fooled, these lights are packed with sensors. With built-in microphones, they can detect and locate through triangulation, people, animals, and vehicles. They also come equipped with vibration sensors.

When the Sunflower home security system determines that further investigation is warranted, it can launch an autonomous drone called the “Bee”. A base station (the Hive) opens up and the drone flies out to investigate.

The drone is equipped with obstacle avoidance sensors and cameras that can provide a 1080p live feed to your smartphone or tablet. In the current set-up, the homeowner needs to initiate the launch of the drone and also tell it when it needs to return back to the home base. Only after the Bee drone has landed, will the video footage be uploaded and saved to the cloud. The Hive also houses the computer that runs the entire Sunflower security system and protects the drone from the elements as well as charges it.

“The security industry is just absolutely ripe for disruption. They haven’t done anything particularly new in 30 years,” Pachikov says to The Verge. “It’s door and window sensors, and CCTV cameras.” He continues to say that he “wants to know what’s happening around my property before it’s at my door.” 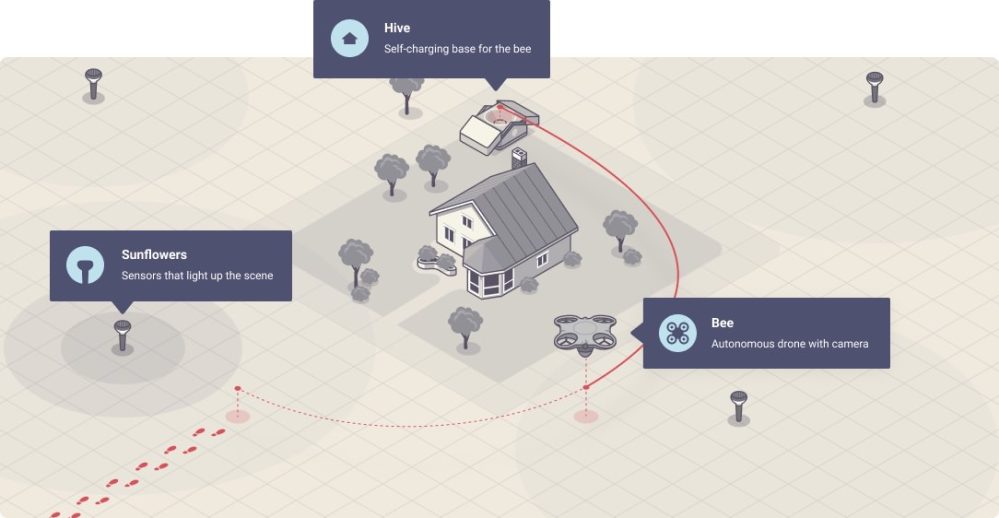 Now, of course, there are a few hurdles to overcome before Sunflower Labs can rill their drone security system out to large numbers of homeowners. First is price, even though no official number has been mentioned yet, Pachikov does say that:

“We’re going for higher-end, affluent people who are tech-savvy and eager to do this. Once we’re self-sustaining, we’re going to drive the cost down and go for more regular homes.”

Secondly, there is no information on whether the drone is weatherproof, i.e. can it be deployed on wet and windy days? Lastly, there are a number of regulatory hurdles to overcome, such as flying at night and beyond-visual-line-of-sight (BVLOS). Both are not allowed without a special waiver under the current FAA rules and regulations.

Reportedly, Pachikov said that “the regulations to allow things like this are imminent.” Furthermore, he said that the company aims to bring the weight of the Bee drone down even further to bring it in the least restrictive class of drones of less than 0.55 lbs. “We’re at three pounds. Hopefully, we drive the weight down and they raise the limit,” he said.

Sunflower Labs, seems to be well-funded with $6 million coming from investors such as General Catalyst and Stanley Black & Decker. The latter may also prove to be helpful in marketing and selling the Sunflower drone security system as the company is a major supplier of commercial security systems.

Even though, there are a number of challenges to be overcome by Sunflower Labs before their system will be used on a large scale, it is good to see companies coming up with new ways to use drones.

What do you think about the Sunflower drone home security system? Let us know in the comments below.

Bonus points: did you see the DJI Mavic Pro in the background of the main photo?