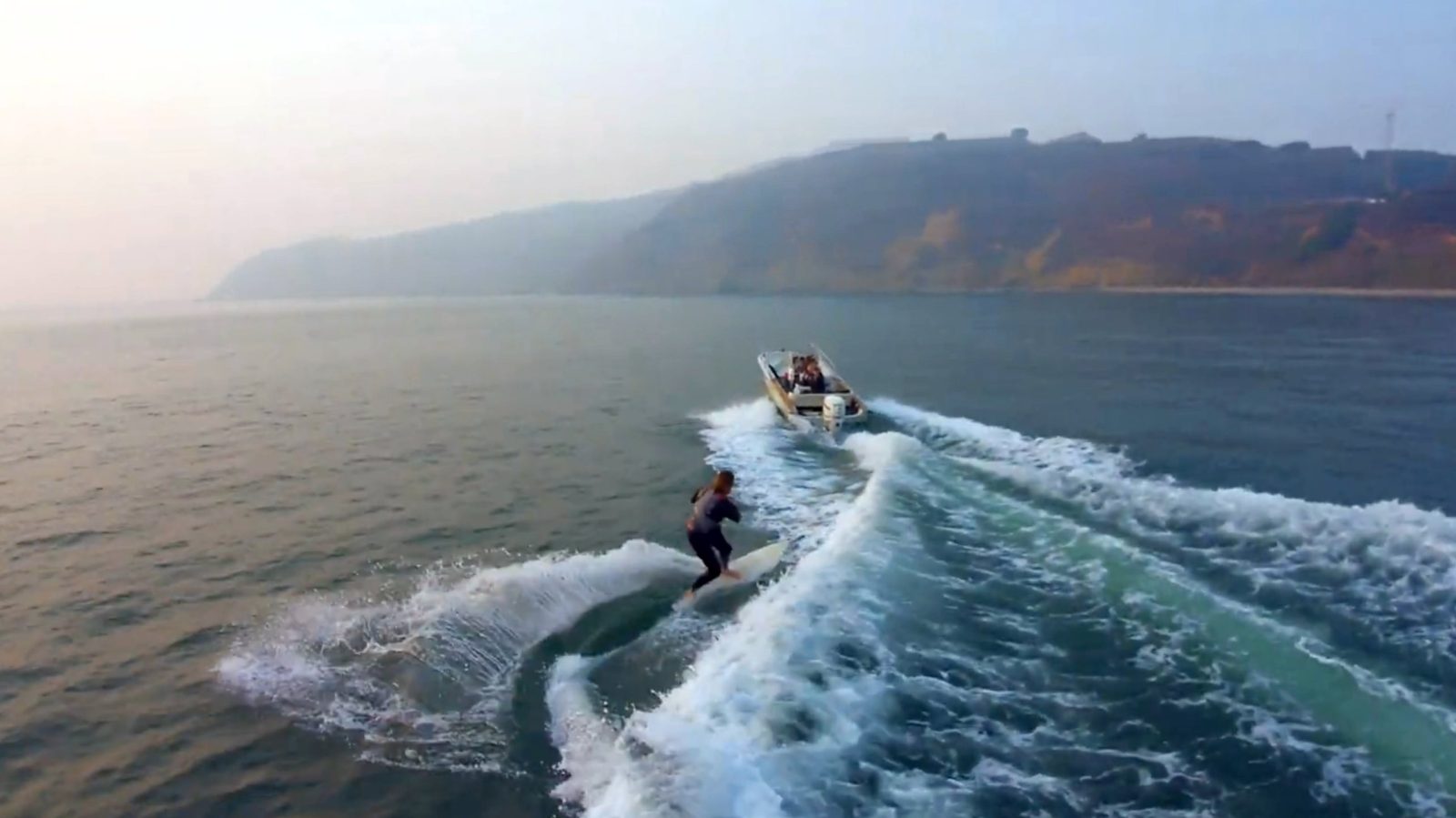 Today, Skydio announces more new features for their fully autonomous R1 drone. As the company keeps improving their software, they are now adding the ability for the R1 to fly over large bodies of water. Previously you were restricted to flying over smaller ponds or streams. Not anymore. Skydio suggests that you can now use the R1 to obtain footage of yourself wakeboarding, fishing or even when you’re out on a jetski. That sounds really cool, but keep in mind this is one expensive drone to see going down in the drink. Another new feature that was added in the latest release is a Hyperlapse mode and improved Car Follow shots. Check out the video below to get an idea of the kind of footage you can now get with the SKydio R1 drone. You can get the Skydio R1 on Amazon for $1,999.

Here’s what they have to say about the new features Skydio added to the R1:

“In May, we rolled out a software update that let Skydio R1 follow cars. In September, our update included One-Shots, a set of cinematic Skills for Skydio R1 that let it autonomously capture specific shots like Dronie, Boomerang, and Rocket, which greatly expanded the kind of footage you could easily capture with R1 — all without a skilled drone pilot in the loop. This December update combines these two capabilities, letting you capture beautiful footage of cars and other large vehicles that includes more elaborate shots than using the Car Follow skill alone would have gotten you previously.

The other big part of the update on R1’s side of things is we’re officially rolling out support for flight over wide bodies of water. We previously recommended that people limit flight over water to rivers/streams/ponds 30 ft across, so it could see trees/rocks/other structures along the side to orient itself. Now, with improvements to the Skydio Autonomy Engine, Skydio R1 can handle activities as varied as a day of rafting or a weekend wakeboarding on a lake. There are some niche drones built around this use case that require the use of a wearable tracking device to work, but because of our focus on autonomy, we were able to introduce another entirely new use case with a software update.

Of course, you can take advantage of both of those upgrades while controlling Skydio R1 from your Apple Watch. :)

On the mobile side of things, we’ve also introduced a fun new Hyperlapse export option in our clip creator, which blends frames around a subject for smooth, accentuated motion while using our neural net’s understanding of where the user is to keep them clear and in focus, leading to really unique footage that hints at the direction we’re going to be able to go as we lean into combining computational photography with autonomy that can move a camera for best effect.”

What do you think about the new features? Would you fly the Skydio R1 over water? Let us know in the comments below.