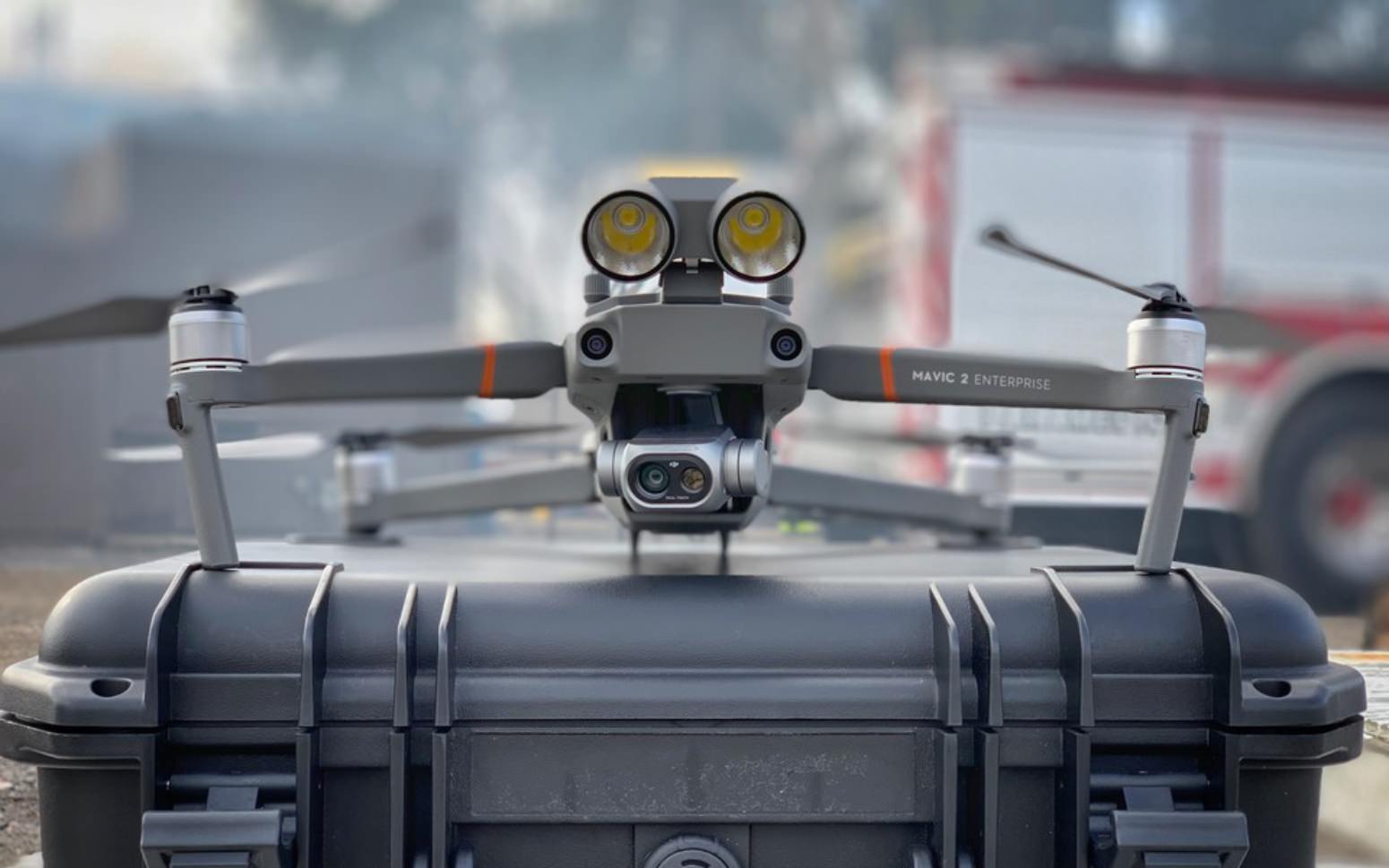 Romeo Durscher, DJI’s Director of Public Safety Integration, wrote an extensive piece on the DJI Mavic 2 Enterprise Dual. In the article, Romeo points out the strengths of DJI latest drone and compares it to the more expensive but more capable Matrice 200/210 with a Zenmue XT2 camera.

Here are some excerpts from Romeo’s article.

We have released the DJI Mavic 2 Enterprise Dual, which is, in essence, the most versatile small drone platform there is. The size of a water bottle when folded up, it has a dual camera (hence the name) and the same accessories/attachments as the regular DJI Mavic 2 Enterprise. That means the operator has the ability to utilize the visible light camera or the thermal (IR) camera, attach a searchlight or a speaker to the top, and execute various tasks during a flight. The third attachment is the night-time beacon light.

Then we released the Matrice 200 series with the plan to have an updated thermal camera, the XT2. Now the Matrice 200 series is slightly larger than the Inspire 1, so it’s not a small platform. It also takes a few minutes to put together and get ready for operation. The big advantage of the Matrice 200 Series is that you have more options; the M200 has one camera/gimbal slot, the M210 has two camera/gimbal slots. So for the first time you had the ability to fly two separate and different cameras on one drone and have both live views come through onto your tablet. You can easily switch between the two cameras and pick which one you want to see. 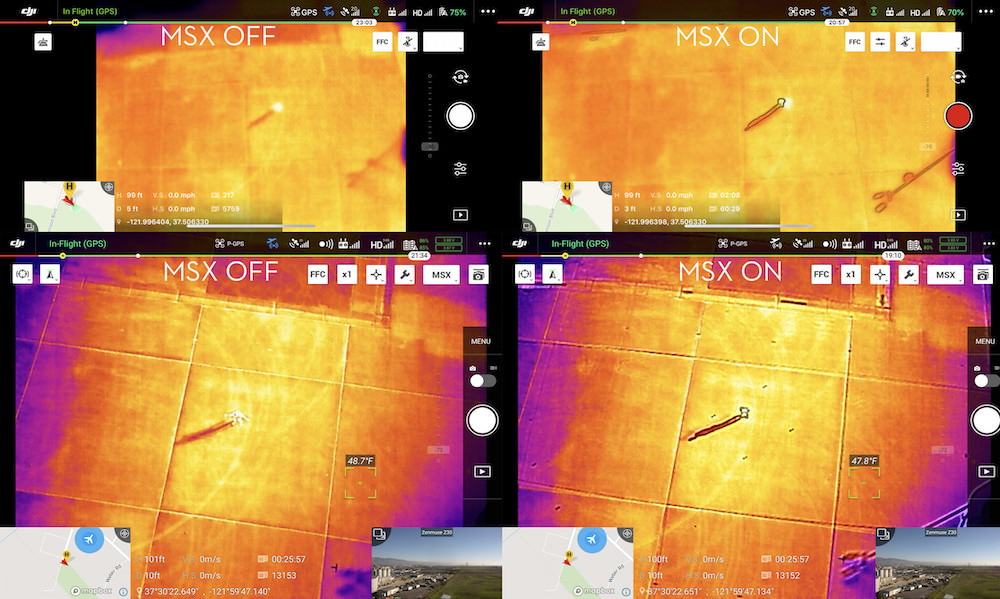 And then in March 2018 we released the 2nd generation thermal camera, the XT2, with the two sensors in one. It not only allowed to switch quickly between thermal and visible light, but you now could have it side by side and even and overlay of the two. A tremendous help – suddenly situational and orientational awareness was given again as you had the best of both worlds right in front of you.

I now predict a change in how we deploy drones. Not in every scenario, but in certain. As I mentioned earlier, the M2ED will not replace the Matrice 200 series platform. But it will enhance it. And what I am predicting is, that while the M210 is being readied on the ground for take-off, the M2E with a speaker and the M2ED with a search light are already being deployed. Once the M210 is up in the air with its XT2 and Z30 zoom camera keeping an overview of the incident, the M2E and the M2ED can get in closer to the “action”. The speaker add on will allow for one-way communication and the search light will provide additional lighting and even distraction. Depending on the scenario, these two smaller Mavic platforms can now be flow into a building, while the M210 keeps its orbit higher up. I see this as a “Strike Group” with tremendous capabilities; high res zoom and thermal high-res higher up in the air, zoom with speaker closer to the scene, visible light and thermal with light also much closer to the scene.

While this is new platform is not the one-solution to everything, it is an additional tool in the toolbox. It’s an extension to a Matrice 200 series with an XT2 or a Z30 camera. It’s a quick deploy platform, easy to fly and navigate, customizable with attachments, it’s a tactical and strategical tool, providing a strong visible light camera, and a capable thermal sensor. This is the entry thermal drone for many departments – its price point allows departments to start utilizing more than just a signal camera in the air.