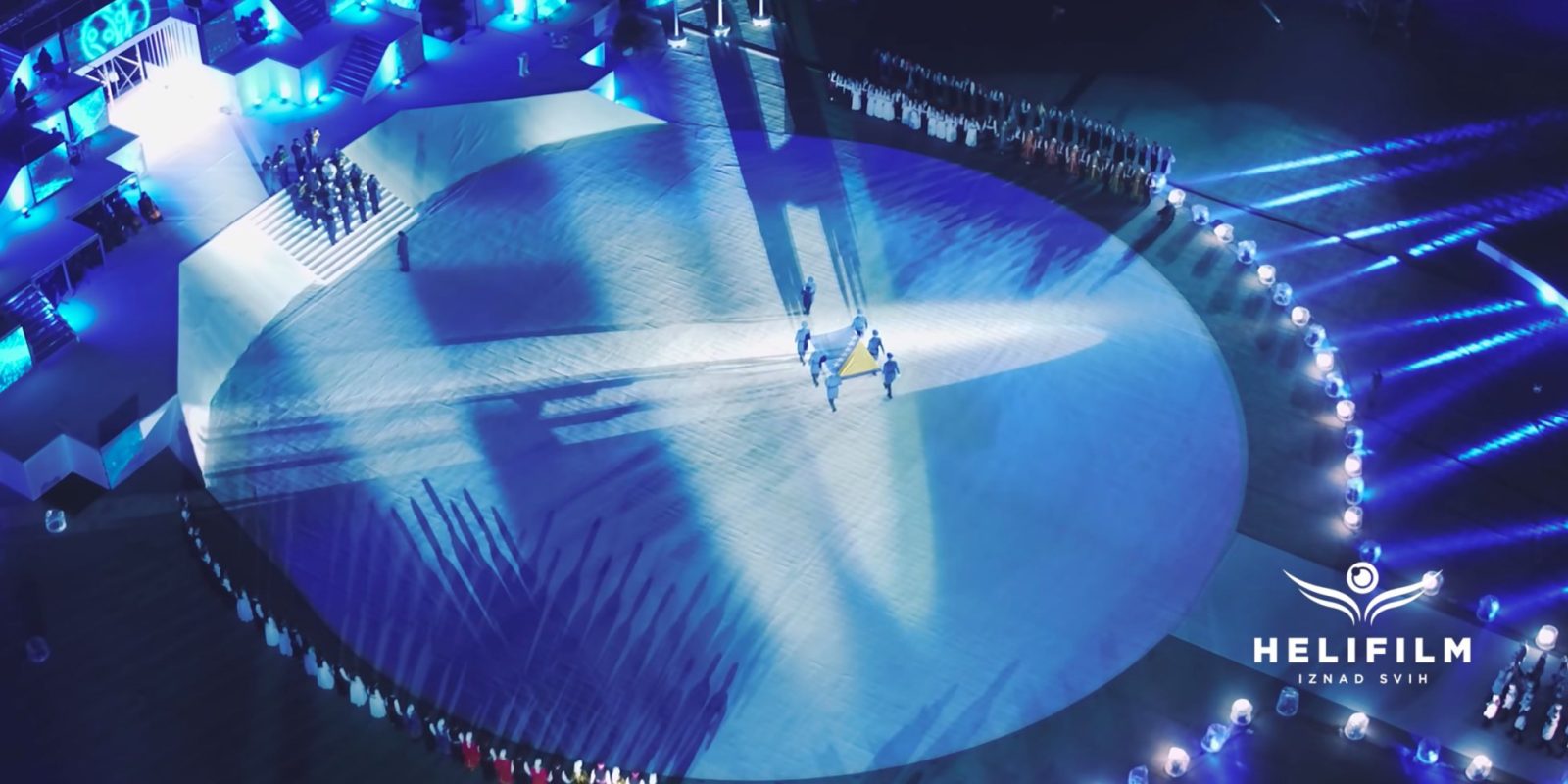 Yesterday was the opening of the European Youth Olympic Festival (EYOF 2019) at the Asim Ferhatović Hase Olympic Stadium in Sarajevo, Bosnia and Herzegovina. A drone was in the air to capture 4K footage of the spectacular event that was accompanied by parades, the Olympic flame, music, and fireworks.

In the US, you are not allowed to fly a drone over crowds such as you would find in a stadium, unless you have a waiver from the FAA, a process that may become easier if you have one of these parachutes installed on your drone.  What the exact rules are for flying drones in Bosnia and Herzegovina, I am not sure. Either way, yesterday the opening of the European Youth Olympic Festival took place in Sarajevo. It is an opening similar to what we have seen that the Olympics albeit on a smaller scale with parades, the Olympic flame, music, and fireworks. Helifilm had a drone in the air to capture the ceremony in 4K.

“We will show Sarajevo in the best possible light to the youth from across Europe. They will take with them the nicest memories and keep them for their entire lives, just as the world today still remembers the1984 WOG. The Olympic spirit and youth have once again shown that they can cross all barriers. This sport festival will have invaluable significance, not just for the development of sport, but also sport infrastructure, tourism, economy in Sarajevo and Bosnia and Herzegovina” said Mayor Skaka, according to the Sarajevo Times.

A drone was in the air to capture the event in 4K.