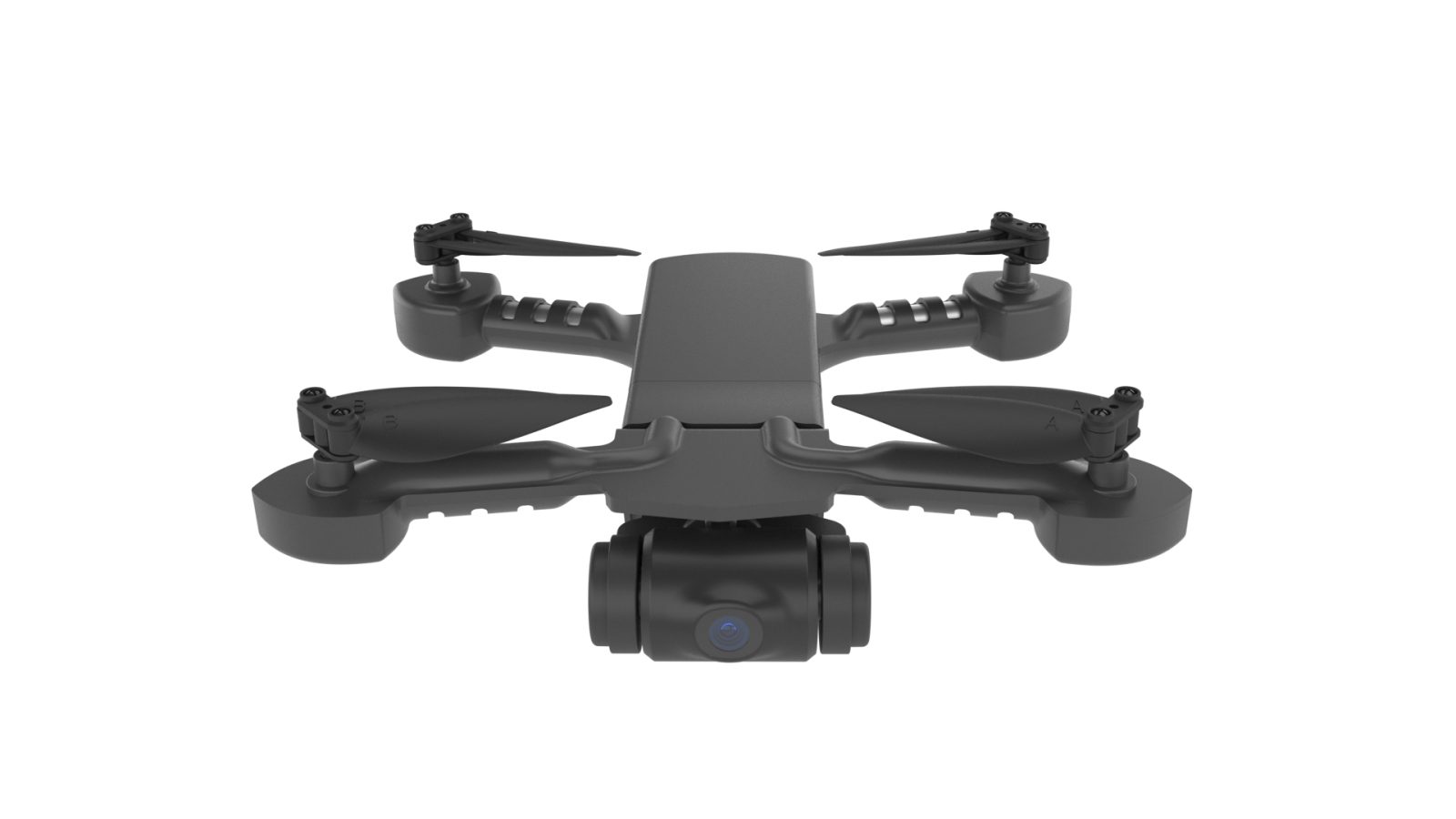 The Micro Drone 4.0 is an intriguing low-cost drone ($200) that carries a 1080p camera on a two-axis gimbal. It is being funded via an Indiegogo campaign and has recently just passed 1 million dollars. Not only that but the former CEO of DJI North America Colin Guinn has given it a ringing endorsement. Will the Extreme Fliers Micro Drone 4.0 be the beginner drone we have been waiting for?

The Micro Drone 4.0 wants to be the beginner drone that people have been longing for. It looks to fill the void between the $99 Ryze Tello and $399 DJI Spark. It is aiming to do so by trying to focus on three simple principals.

To eliminate the steep manual piloting learning curve associated with most drones and make it as easy to fly as use an iPhone, we’ve integrated automatic self-hovering upon release of controls which is the fundamental requirement to enable advanced autonomous flight capabilities.

To eliminate the sticker shock complaints of purchasing expensive drones geared towards videographer professionals, we’ve fine-tuned the specifications and optimized them to everyday consumer uses which allowed tremendous cost reductions by designing to your technology needs.

The former CEO of DJI North America, Colin Guin has been a fan of the Extreme Fliers Micro Drones for quite some time. He even purchased a bunch of the 2.0 versions for his office staff back in 2014 as training tools. Colin is widely recognized as both a leader and an expert in the drone industry. See what he says below about the Micro Drone 4.0.

The public has heavily funded this Indigogo campaign and it has already passed $1 million dollars. That means that Extreme Fliers will focus on developing more Neurala-based features like follow me mode and custom flight paths. The influx of money is great in terms of research and development but Indiegogo campaigns aren’t always a sure thing. The Micro Drone 4.0 looks to have a $200 price point, but early bird pricing is currently $145. Learn more about it here.