Russian shotgun-wielding drone shoots other drones out of the sky 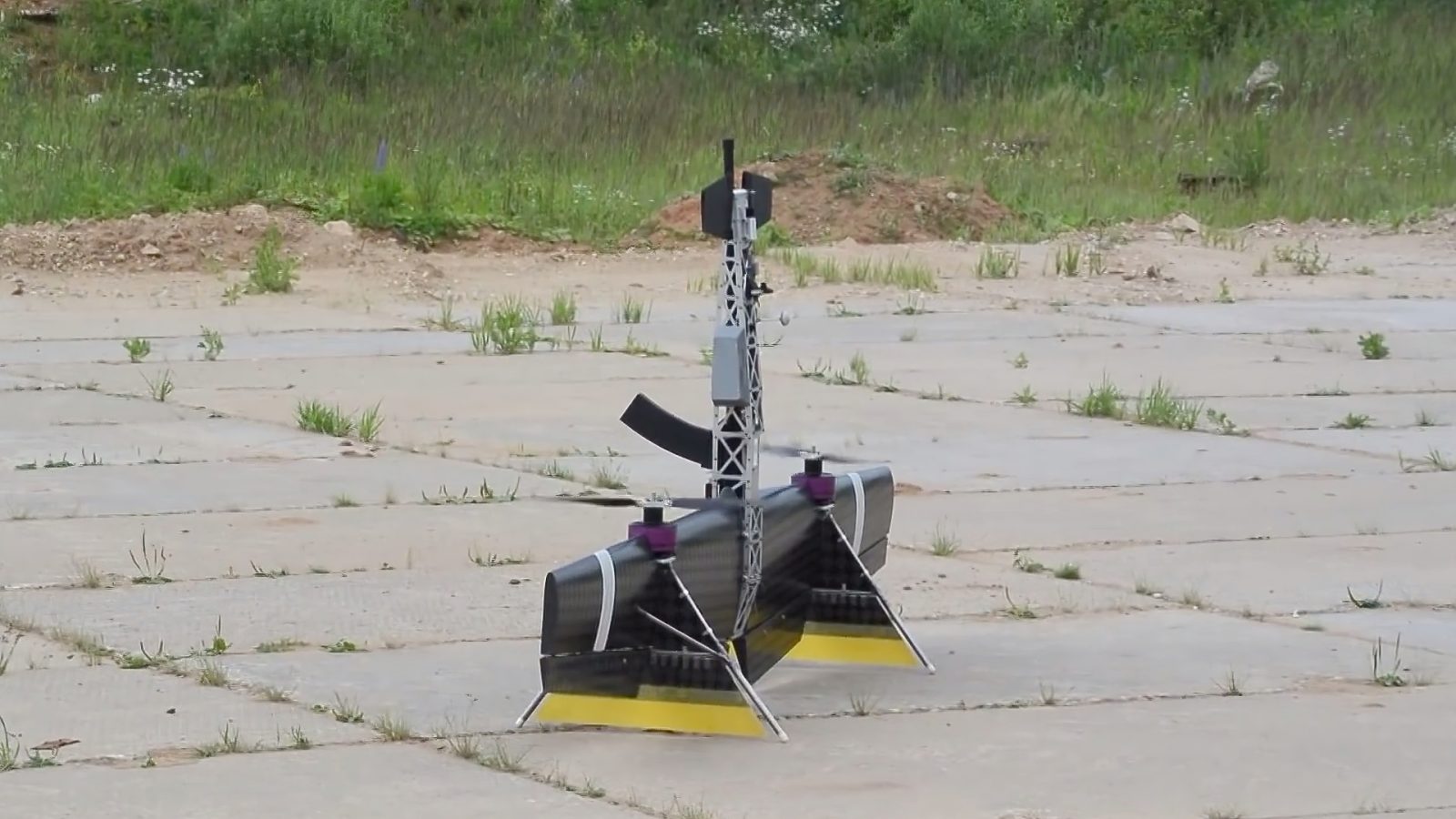 We have seen customized drones dropping grenades in the middle east, but this is something entirely different. Check out this Russian shotgun-wielding drone that can shoot other drones, balloons or model airplanes out of the sky. Terrifying? Yes. Impressive? Yes, as well. This is a 50-pound weighing drone that can take-off and land vertically and can shoot other flying objects out of the sky with the help of the Vepr-12 shotgun, that is operated by a second, visor-wearing person who aims the gun through a live video link and sighting system. To top it all off, this heavyweight drone has a flight time of 40 minutes.

One of Russia’s largest defense contractors, JSC Almaz Antey, has received a patent for this terrifying shotgun-wielding drone. Work on this unmanned aircraft started in 2016 on behalf of Almaz Antey by the Student Design Bureau of Aviation Modeling at the Moscow Aviation Institute.

The drone is able to take-off and land vertically. Weighs about 50 pounds. Carries a 12 gauge shotgun, a fully automatic version of the Vepr-12 shotgun. And, flies for 40 minutes. If this doesn’t get government officials worried about drones, I’m not sure what will.

In the video below you can see how this heavyweight drone flies very well and is able to shoot down a balloon and a model aircraft before landing successfully. You would think that such a heavy drone would be hard to operate and even harder to aim, but this video shows that it apparently works really well.

The drone allows for a second, visor-wearing operator to aim and fire the shotgun. In an article on Jalopnik, they say that the unmanned aircraft even features an auto-follow system, according to Russian sources.

The drone in the video is a technology demonstrator as part of a student design project, however, the thought of a mass-produced, fully-developed, shotgun-wielding drone is a scary thought indeed. What do you think about this drone? Let us know in the comments below.