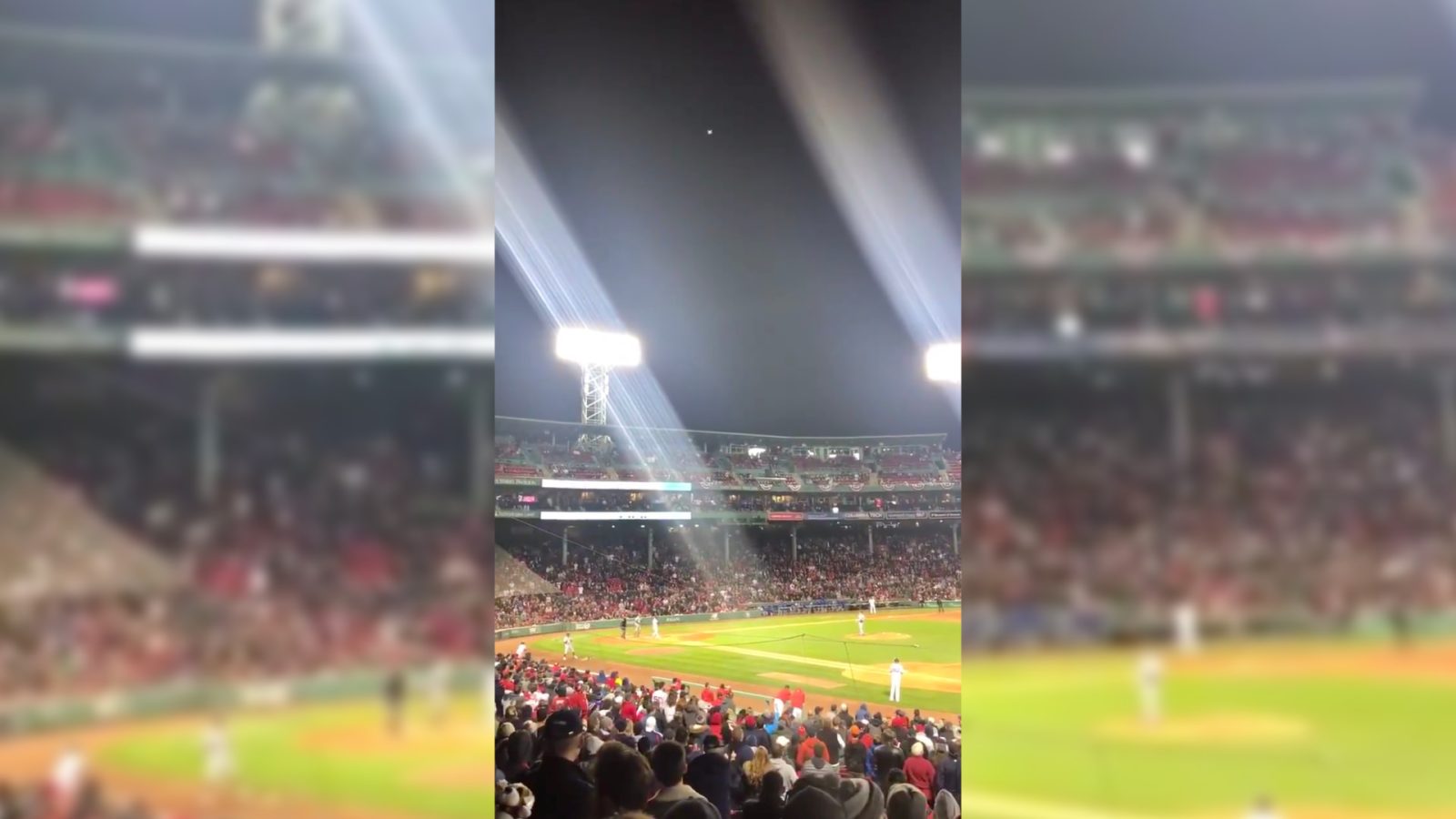 Last night a drone illegally flew over Fenway Park during a Red Sox-Blue Jays game. According to Boston Police, the drone was first spotted around 9:30 pm and was last seen around 10:20 pm. The Red Sox said that they have reported the incident to the Police. Both the police and the Federal Aviation Administration’s (FAA) are looking into the situation. Flying drones over crowds or over a packed stadium are against the FAA’s regulations. DJI issued a statement on the drone incident as well.

Thursday night during a Red Sox-Blue Jays game a drone illegally flew over Fenway Park. Flying a drone over crowds and over stadiums such Fenway Park during a game is against the regulations set by the FAA. The agency said in a statement to WBZ-TV:

“Flying drones in and around stadiums is prohibited starting one hour before and ending one hour after a scheduled game and prohibited within a radius of three nautical miles of the stadium,”

Flying a drone over a stadium could result in criminal fines up to $250,000 and up to three years in prison, according to the FAA.

Several fans were able to capture the drone incident with their phone. It is unknown at this point to whom the drone belongs. Based on the video footage it seems to be a DJI Phantom.

CBS Boston reports that DJI responded with the following statement from Adam Lisberg, the Corporate Communication Director at DJI Technology:

“DJI is aware that an apparent DJI Phantom drone was spotted over Fenway Park during tonight’s Red Sox game. We are trying to learn more about what happened, and stand ready to work with Boston Police and other security agencies to investigate what happened. Whoever flew this drone over the stadium apparently overrode our geofencing system and deliberately violated the FAA temporary flight restriction in place over the game. DJI’s AeroScope system can remotely identify and monitor airborne DJI drones in areas where it has been installed, and this incident shows why the federal government must mandate a remote identification system for airborne drones as soon as possible.”

The drone was unauthorized according to a statement by the Red Sox:

“During the late innings of tonight’s game, a drone was flown above the ballpark by an unidentified individual. The operation of Unmanned Aircraft Systems (UAS) around large stadium events is in violation of FAA regulations and the club has reported the incident to the Boston Police Department for investigation,” the Red Sox said in a statement to WBZ.

Red Sox first baseman Mitch Moreland told Mass Live that the drone did not go unnoticed on the field. He said:

“It kind of threw me off. I looked up and was like, ‘they’re not supposed to have these around here, are they?’ I figured I’d try to hit it or something.”

It is not the first time a drone flew illegally over a stadium. Last year we reported on this drone incident over a soccer game in the UK and in 2017 there was this story of a man who dropped leaflets from a drone over two NFL games.