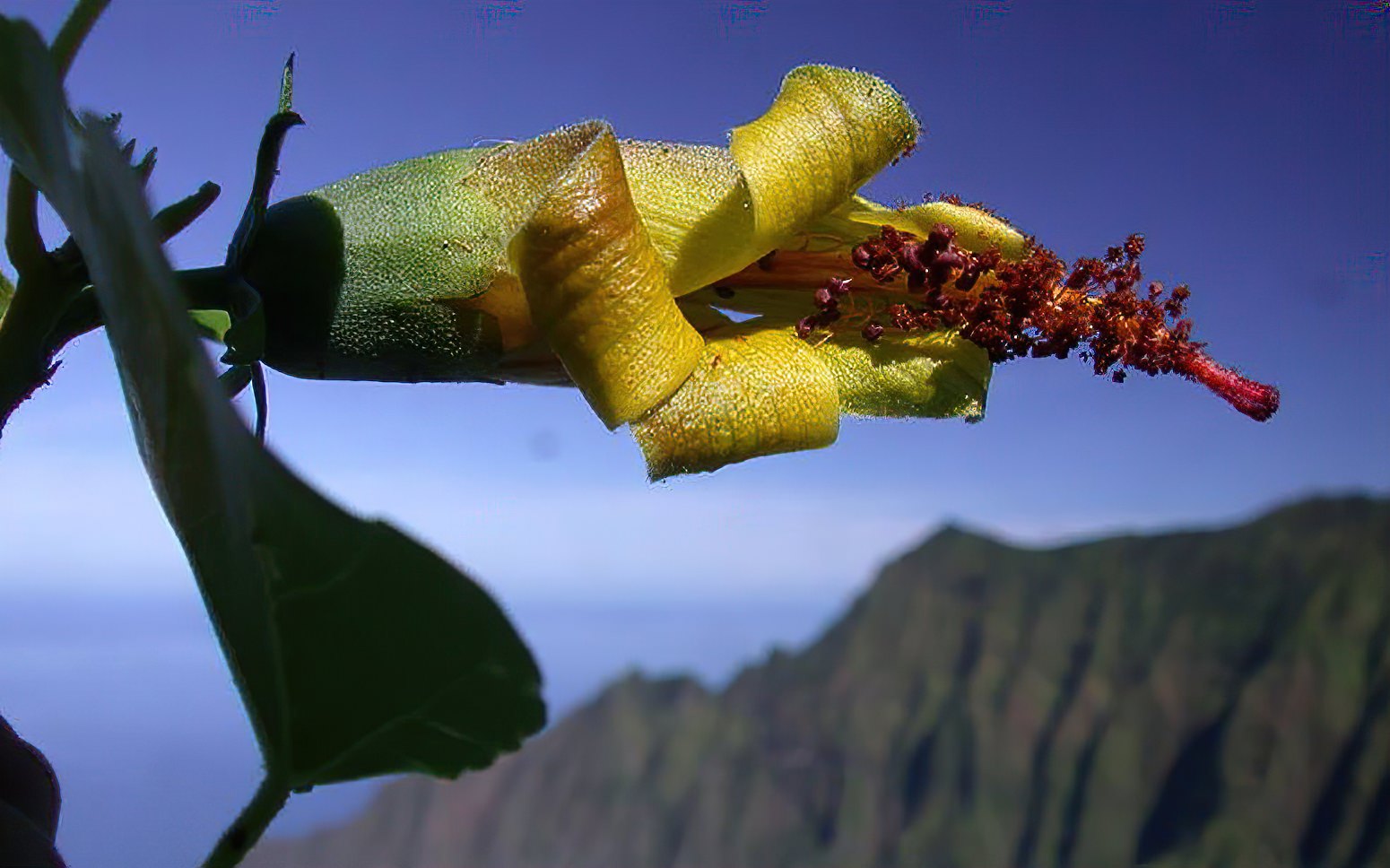 In our series Drones for Good, we glad to report on this story. Researchers equipped with drone tech rediscover a flower thought to be extinct in a remote part of Kauai’s Kalalau Valley in Hawaii. The flower, a Hibiscadelphus Woodii, grows high on the face of a mountain ridge in an extremely biodiverse area.

According to a statement from the National Tropical Botanical Garden, researchers had been using a drone for the last two and a half years to take a closer look at the very diverse and unique flora on the steep cliff faces in the Kalalau Valley in Hawaii. The area is inaccessible for humans but with the use of drone technology, the researchers were able to get a close up look at the various plants that grow on the steep terrain.

According to CNN, Dr. David Lorence, director of science and conservation for the garden, said:

“This incredible rediscovery was made possible by our staff using drone technology and was supported by a grant from the Mohamed bin Zayed Species Conservation Fund. Drone technology greatly facilitates botanical surveys in rough terrain areas.”

The Hibiscadelphus Woodii grows in a shrub and produces bright yellow flowers. These turn purple as it ages. The plant faces threats from other invasive plants, animals and rock slides. A previous colony of plants fell victim to a large rock slide in the late 1990s.

The Hibiscadelphus Woodii, which belongs to the Hibiscadelphus family, was first discovered in 1991 by NTGB botanists in the Kalalau Valley. However, the plant was last seen alive in 2009. The NTBG said that the rediscovery offers new hope that other “thought to be extinct” species may have survived in hard to reach areas as well.

“Drones are unlocking a treasure trove of unexplored cliff habitat, and while this may be the first discovery of its kind, I am sure it won’t be the last.”