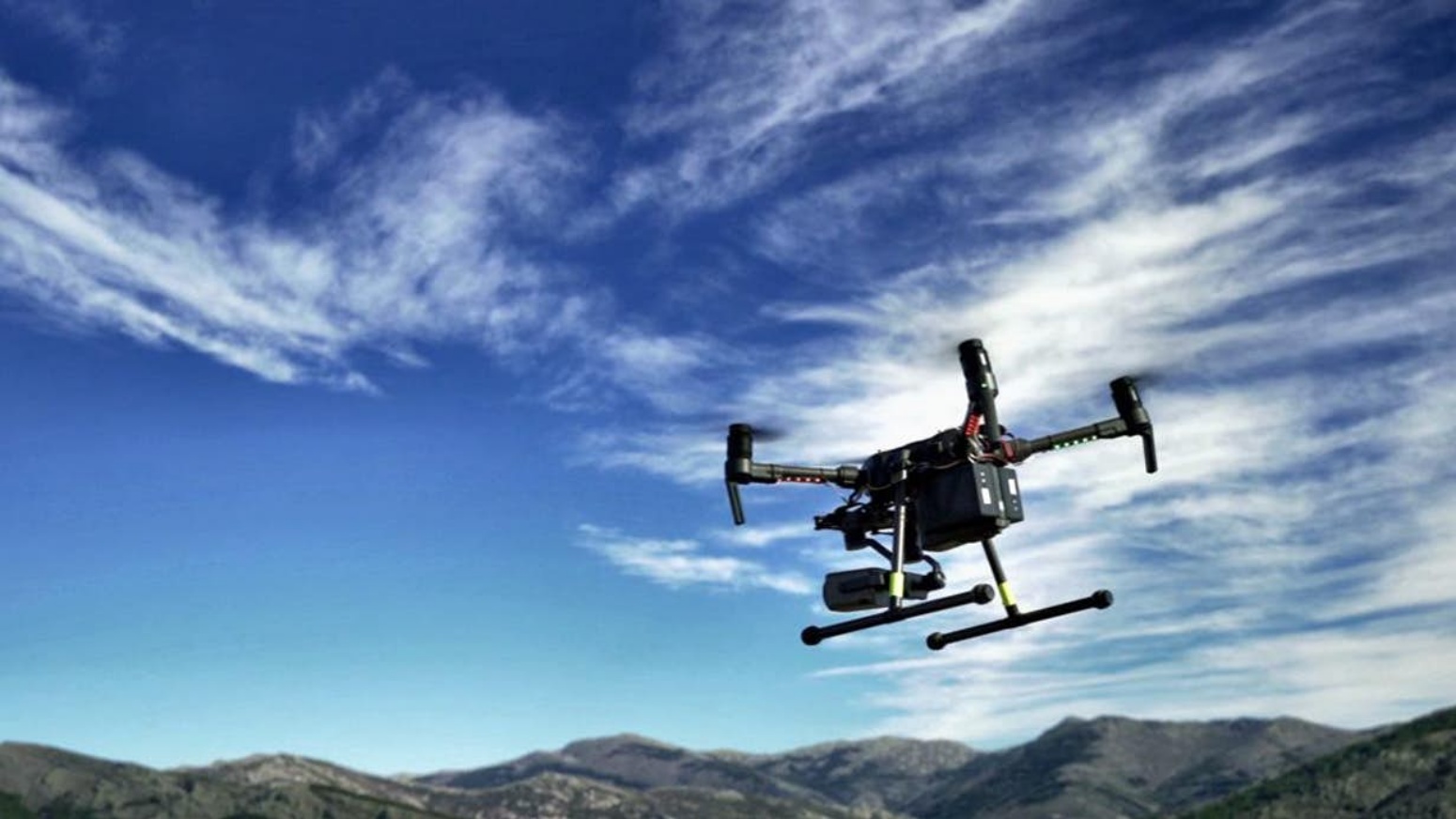 In Spain, researchers from the Universidad Carlos III de Madrid work together with telecommunications corporation Telefonica, drone start-up Divisek Systems and drone operations company Dronitec to test the use of autonomous drones to fight wildfires. The drones to fight wildfires are part of a firefighting system that consists of a number of communication towers. Each of the towers is outfitted with a thermal camera and an autonomous drone that is stored in a special hangar.

With the thermal camera, the tower is able to detect the heat signature of the forest over a 9-mile radius. Once a fire is detected, the tower wakes up the drone and sends it out to investigate. The GPS-equipped drone than captures imagery of the fire and sends the info back to firefighters in real-time.

“The drone we have developed for the project has a thermal camera, an optical camera, and four sensors which allow us to identify the temperature of the device in the environment, the drone’s different controllers enable us to determine the internal state of the equipment and the communication system is provided by Telefonica to receive this information in real time,” UC3M professor Fernando Garcia pointed.

Based on the visual information the firefighters can then decide to further investigate or to send out a crew to fight the wildfire. The drone automatically returns to its hangar at the communications tower to be recharged and be ready for its next deployment.

“It’s a totally novel solution, based on robotics and automation, which won’t remove anyone’s job but will instead offer a new tool for emergency services, providing added value and allowing them to operate more safely and to control the situation,’ according to the university researchers.