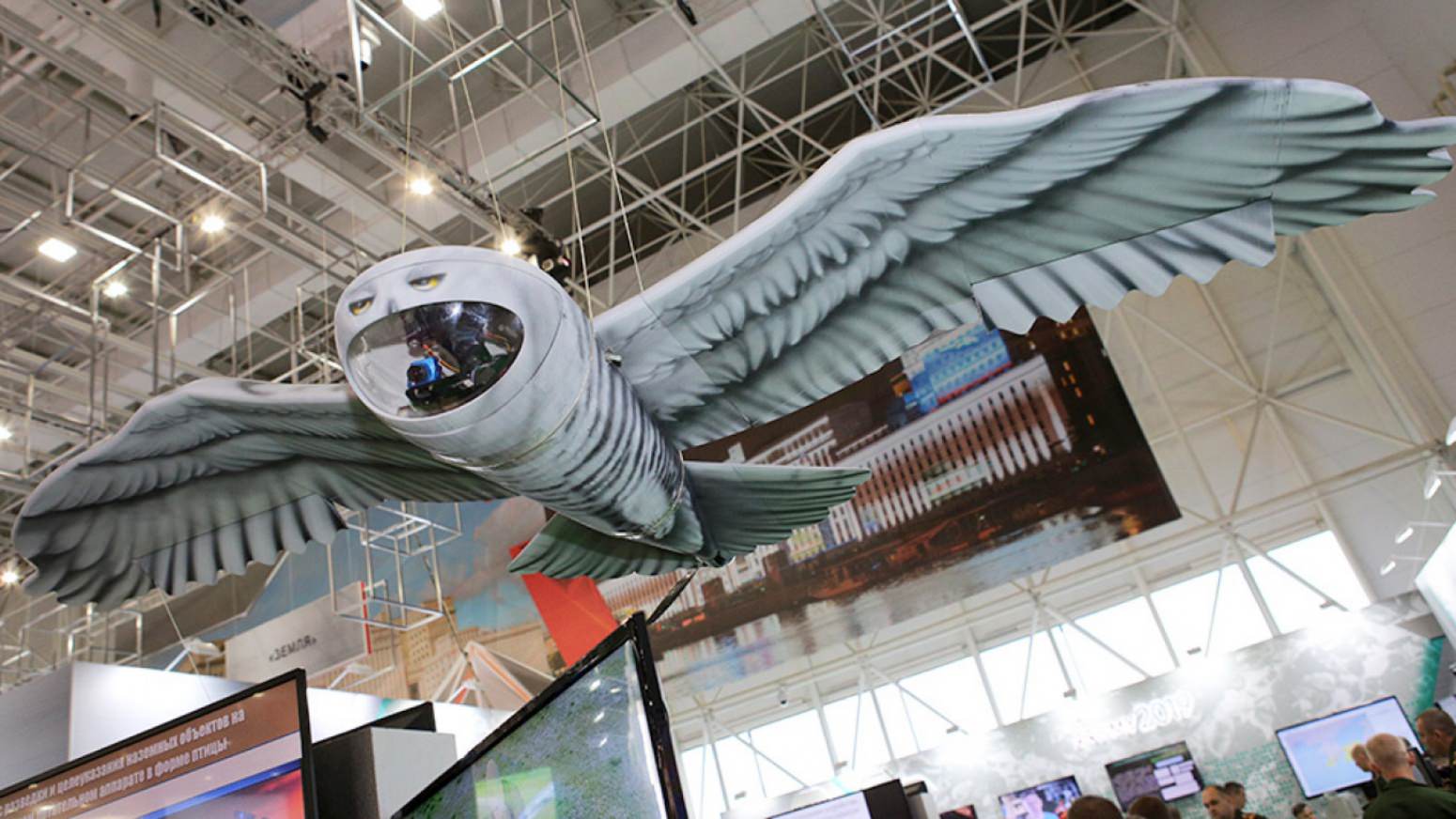 Russia unveils a military surveillance drone that resembles an owl spreading its wings. The Russian spy drone was shown at the Defense Ministry’s annual military expo in Moscow on Tuesday. Footage from the ministry’s news channel shows the fixed-wing drone rolling across a grass area right before take-off.

The combat surveillance drone is outfitted with a laser beam to guide both artillery and aviation, according to The Moscow Times.

From a distance, the military drone sure looks like a bird but upon closer inspection, you can clearly see that it is something else.

According to state-run TASS news channel, the developer of the military drone said that from the ground up the drone appears like an owl and can approach targets without being noticed.

The drone weighs about 5 kg and apparently is able to identify targets 20 feet away. It can fly for about 40 minutes and cover distances of up to 12.5 miles according to Interfax.

The exterior of the drone can also be changed to resemble a different kind of bird, for instance, a falcon.

As a result of the ongoing battle between the global superpowers, the US intelligence community is reportedly working on his own version of a lightweight owl spy drone.

What do you think about this new Russian Spy drone? Will they fool anybody?