How to fly your DJI drone from a sailboat 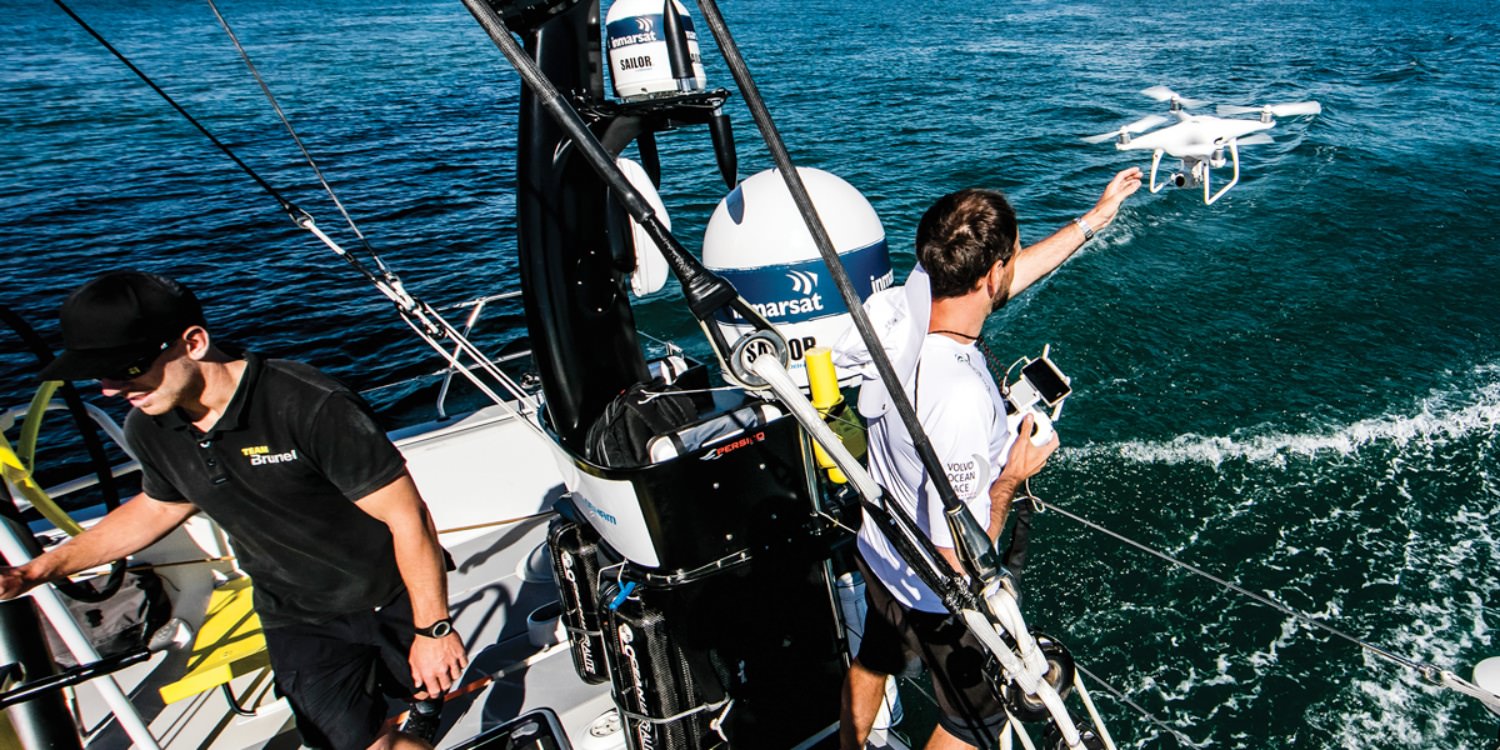 Yachting World has a detailed article on how to fly your DJI drone from a sailboat, according to sailors. Three drone piloting experts explain how they do it and how they make sure that the drone doesn’t land in the drink. In the article are some really good tips and advice. For instance, one professional videographer who shot some of the amazing Volvo Ocean Race footage suggests gluing a light-weight plastic tripod to the underside of the DJI Mavic to make hand-catching easier and safer. Keep reading for more.

How to launch and hand-catch your DJI drone from a sailboat.

Andy Schell runs an adventure sailing charting company with his wife and he recommends the DJI Phantom 4 Pro because they are easier to hand-catch because of their landing gear underneath the drone. This method also keeps your fingers away from the spinning props.

Terysa Vanderloo, the author of the article, uses the DJI Mavic Pro and she admits landing can be a nerve-wracking experience, but she appreciates the smaller form factor of the Mavic.

Brian Trautman, the skipper from SV Delos (check him out on YouTube if you have never heard of him) uses a Phantom when flying from the boat, but for land-based drone missions, he prefers the DJI Mavic.

Richard Edwards, a professional videographer who shot some of the amazing Volvo Ocean Race footage suggests gluing a light-weight plastic tripod to the underside of the DJI Mavic to make hand-catching easier and safer.

Brian suggests that before flying from a sailboat, try flying around a tree or a house to practice first. “If you can do a complete 360° flying manually around a stationary object while still keeping a constant distance and the object in frame then that is something to be very proud of,” he advises. “Once you’ve mastered this, then it’s time to try the same thing on a boat – which is much harder.”

Once you have mastered this, now try flying the drone on a windy day in manual mode with the sensors and the “return to home” function switched off, since that’s how you will fly from a boat. Also, practice catching by hand. Have one person flying the drone and the other one wearing safety glasses and gloves hand-catching the aircraft.

Taking your drone to the water

Once you are confident performing these actions you can take your drone to the water and try flying it from a boat while underway.

Andy says: “You need two people: a pilot and a catcher. We launch off the stern quarter, opposite the radar pole; that way, all the pilot has to do is fly straight up. The drone will want to hover in place and the boat will just sail away from it safely. Flying it downwind is far easier on battery life. Upwind, the drone can handle about 20 knots, but it’s harder to land on a heel and the battery won’t last as long.”

Flying your drone from the stern is also recommended by Richard. “To launch, have a person hold it above head height off the back of the boat – it’s irrelevant if it’s downwind or upwind. Power up and immediately ascend to keep clear of rigging, and the boat speed should naturally mean it flies away.”

When you want to bring the drone back to the boat and land it safely, Richard says: “never land anywhere but at the stern of the boat and come in from behind, never from the side or overhead, otherwise you’ll be disorientated and hit the boat.”

Andy adds: “it’s easier to land than you think. “We start coming home at 60% battery. You’ve got to fly it in backwards because the forward vision sensors will stop it from getting close enough to catch. “Keep the boat sailing straight and bring the drone in. If you need to re-do it, just let go of the controls. The drone will stop and hover, and the boat will safely sail away from it. Then bring it in for another try.”

Brian suggests flying your drone from a dinghy instead to make things easier for yourself. It can be really hard to judge distances and match the speed of a moving sailboat with your drone. When you fly from a dinghy you can be stationary and don’t have to worry about the rigging. He says: “Most of the times I’ve crashed the drone have been trying to land while underway. I usually try to avoid this at all costs and prefer to fly from the dinghy. It’s much easier to land without worrying about the rigging.”

Many people will worry about potentially losing the drone but Andy says: “You won’t get the amazing shots if you don’t push the limits, so you’ve got to be prepared to lose the drone. If you absolutely cannot afford to lose it, then don’t fly it at sea!”

Have you ever flown your drone from a motorboat or sailboat? Let us know your experience and tips in the comments below.