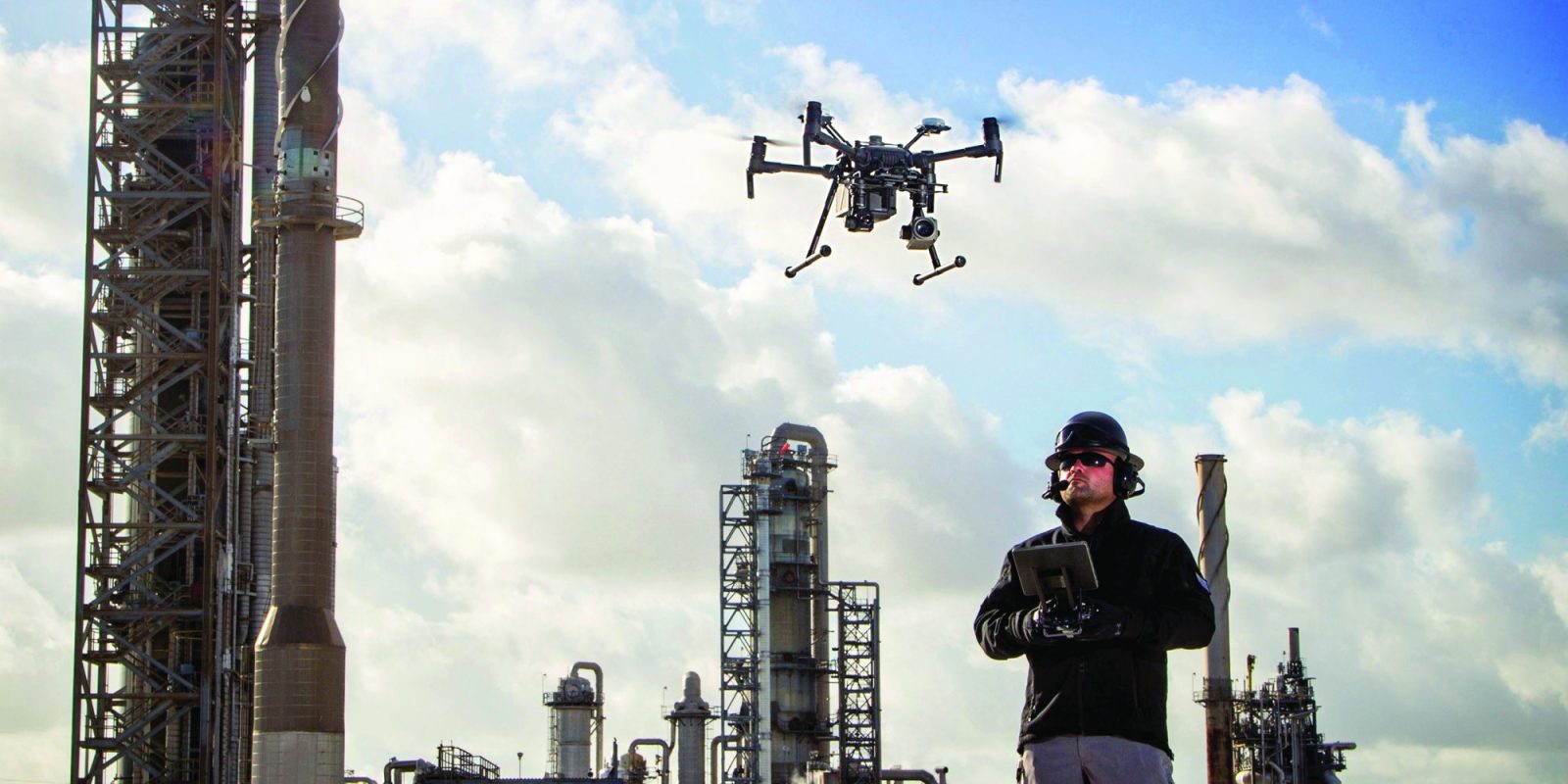 Last Friday, Bloomberg published an excellent article explaining how drones keep workers safe from dangerous work. In 2017 alone, 166 U.S. workers died in confined spaces and a staggering 887 were killed by falls. Many of these jobs can be done by drones and robots and thus keep workers away from dangerous situations. Robots and drones can safely go into confined spaces or fly up to dangerous heights to perform inspections that previously had to be done manually. Even though the number of commercial drones exploded to 277,000 in 2018, there are nowhere near enough of the unnamed aircraft to cover all the dangerous jobs in the country.

Jack Pitcher writes for Bloomberg that:

More than a thousand U.S. laborers have been killed working in confined spaces… in the past decade.

Companies including Dow Inc., AT&T Inc., BASF SE and Royal Dutch Shell Plc have begun assembling fleets of the flying automatons to take over their most dangerous jobs.

Drones now fly every day at the Freeport plant, keeping workers off scaffolding and out of tanks.

…businesses are pressing hard in Washington for the ability to use drones in more situations.

Inspections of gas flares at Shell’s refineries used to take days, said Randy Burow, Shell’s health and safety manager. To get workers close enough to the flame-spewing stacks to check the pilot light, the system had to be taken offline, then workers were hoisted in a basket several hundred feet high to the top of the stack. Now drones can complete the inspection of still-burning flares in a few hours without a worker ever leaving the ground.

AT&T has invested in a large fleet of drones to help inspect its 65,000 cell towers in the U.S., which can rise as high as 1,000 feet. Working on them is especially perilous: Tower climbers fall to their death at nearly 10 times the rate of construction workers.

The telecom giant has used drones to eliminate 5,000 tower climbs in the past 18 months, said Art Pregler, the director of AT&T’s drone program.

“The fact you don’t have to make a person climb that tower, from a safety standpoint, it’s a game changer.”

The number of commercial drones registered with the Federal Aviation Administration exploded in 2018 to 277,000, though that’s still enough to do only a small fraction of industry’s dangerous jobs.

The FAA estimates commercial drones could triple by 2023—and possibly increase as much as fivefold.

You can read the entire article here on Bloomberg.

What do you think about the use of robots and drones to keep workers safe? Do you work in an environment where the unmanned aircraft can be used to make the job safer? Let us know in the comments below.