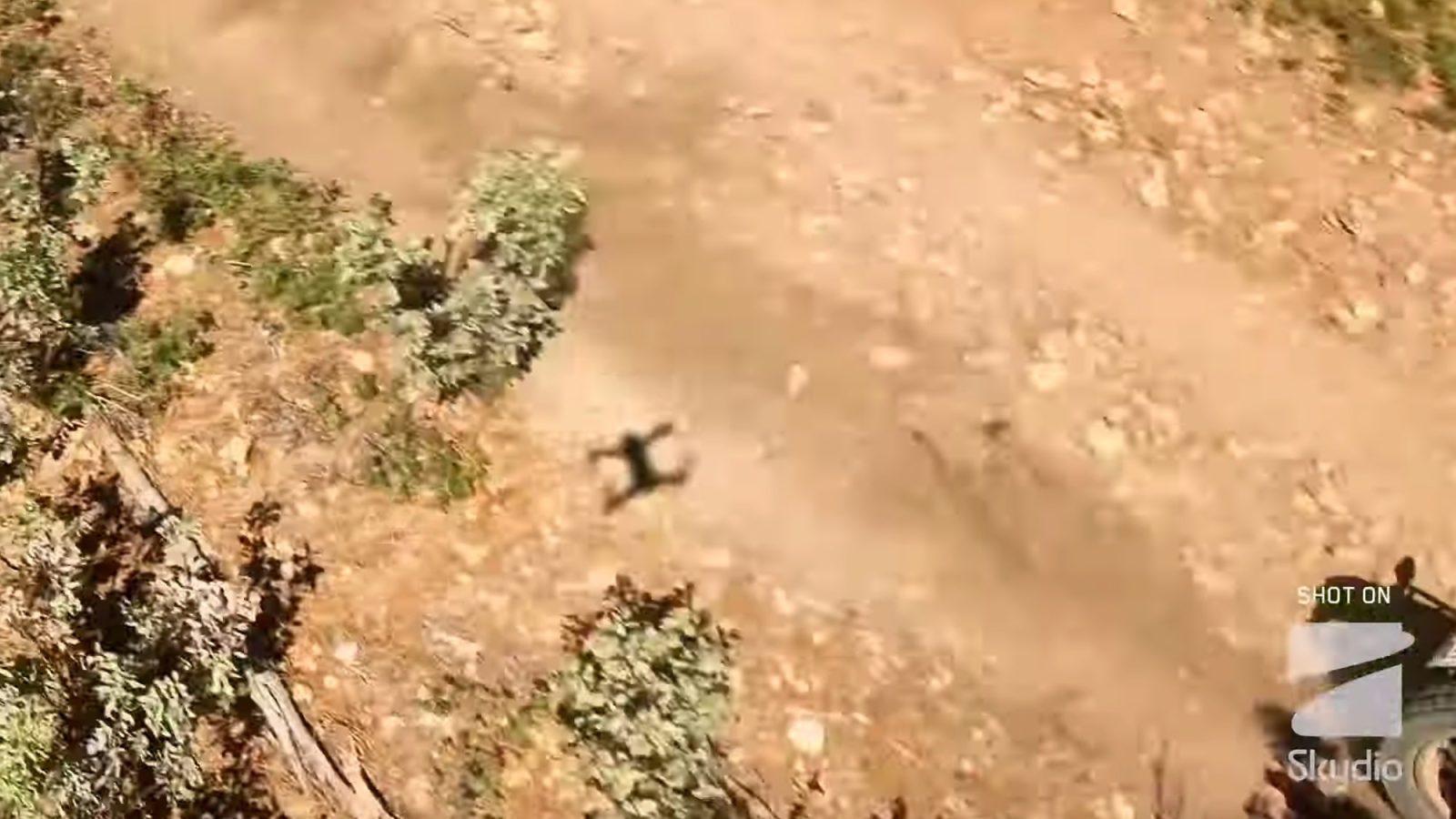 Apart from the amazing autonomous flying ability, one of the standout features of the Skydio R1 drone was the frame around the propellers and body of the unmanned aircraft. A few of our readers had pointed out that the shadow of the new Skydio drone in the video that the drone startup recently released shows us the new “frameless” design of the Skydio 2.

The frame around the original Skydio R1 housed all the cameras needed for the drone’s self-flying ability. Over the past few months, people working for Skydio had told us already that the new design of the soon-to-be-released successor to the R1 would be very different.

We assumed that this meant that the Skydio 2 would be lighter, smaller, have increased flight time, and even better obstacle avoidance. The latter is something that the company is proud to show off in their latest video.

Some of our readers, however, pointed out that on closer inspection, the Skydio video showed us even more. It shows the shadow of the Skydio 2 drone for a split second halfway through the short clip.

We took a screenshot and ran it through some image-enhancing software to see how much detail we could extract. As you can see in the image, the frame around the quadcopter is gone. Skydio may now have housed the cameras needed for the self-flying ability at the end of each arm where the motors and props are, although we don’t know for sure.

Furthermore, if you see the shadow in relation to the motorcycle and guesstimate the altitude of the unmanned aircraft, it seems to indicate that the new Skydio 2 is indeed smaller than the old R1. This would mean that it might now fit into a regular backpack, yay!

Even though we are very excited about the Skydio drone, we unfortunately do not have any further information at this point. Skydio teased us that the new drone will be released this fall, and rumors are that it will be a real DJI Mavic 2 competitor. We truly hope that it will be, because the drone market can sure use some competition. 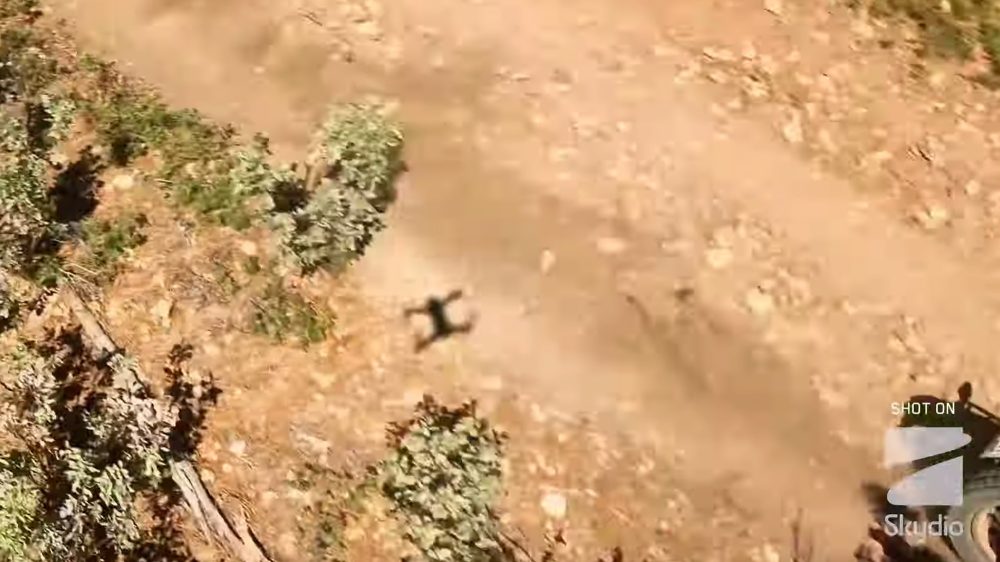 What do you think about Skydio 2? Let us know in the comments below.