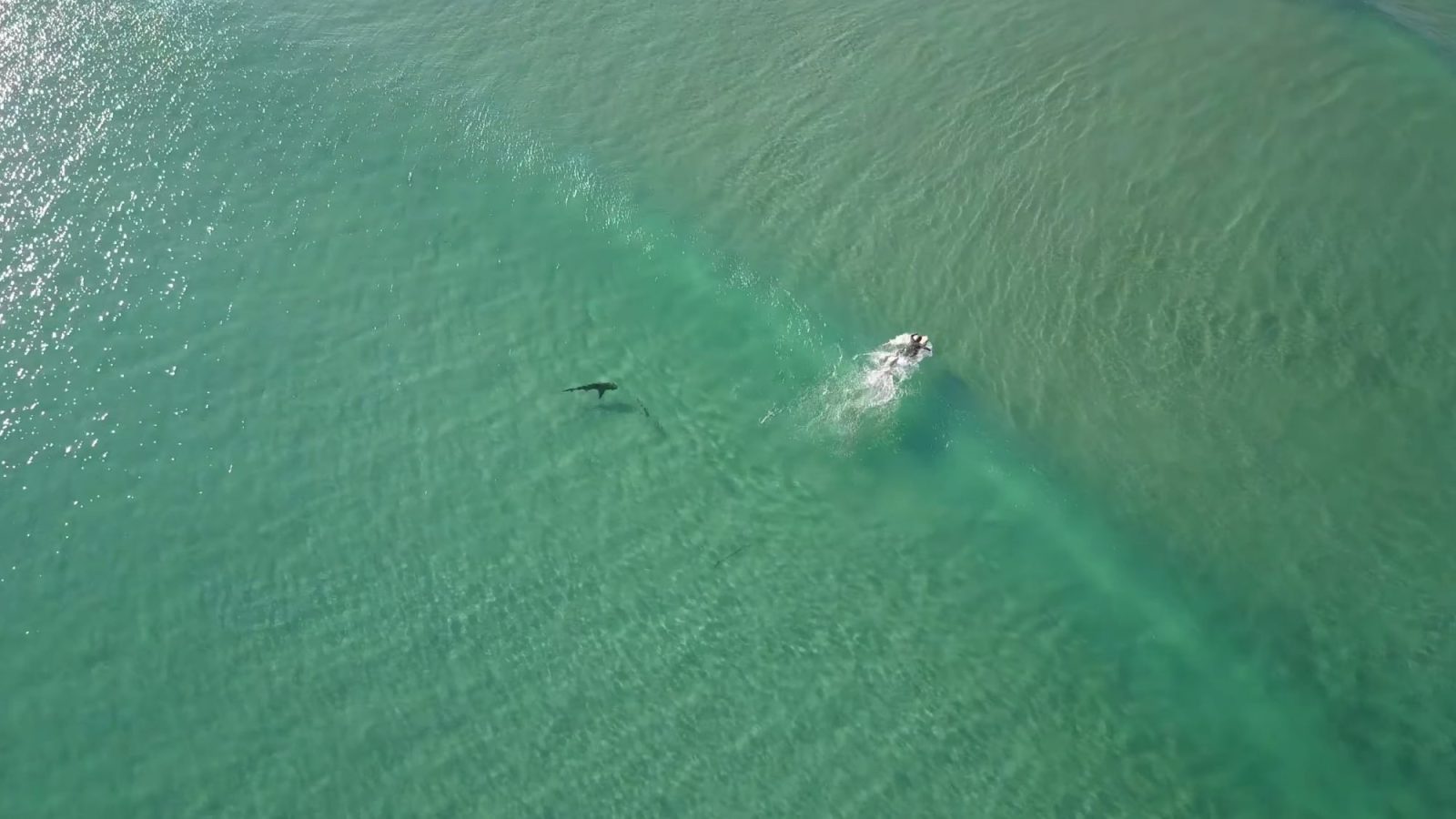 We have reported quite a number of shark stories on DroneDJ because indeed drone footage shows sharks swimming closer to people more often than you think. Outside Magazine had a short story about this and included some new videos. So for all drone and sharks fans out there, check this out.

Samantha Yadron writes for Outside Magazine:

Since drones became a ubiquitous sight off beaches and piers, amatuer [sic] filmmakers have been capturing videos like these and sending them to the media, who, in the words of Chris Lowe, professor of marine biology and director of the Shark Lab at California State University at Long Beach, “gobble them up.” People tend to get a bit freaked out when they realize how close we can unwittingly come to some of nature’s most refined predators.

“We have a lot of footage and anecdotal evidence of sharks swimming around where humans play, and as long as people aren’t harassing them, the sharks just don’t care,” says Lowe.

And often “the surfers don’t even notice,” he says.

Lowe hopes to have data on sharks’ attitudes toward close-proximity humans in a couple of years. For now, “when there are a lot of people and sharks in shallow water together, most of the time nothing happens,” he says. However, swimming in groups and avoiding the water at dawn and dusk can reduce your risk of encountering sharks, friendly or not.

What do you think about sharks swimming so close to the shore? Do they stop you from going into the water? I love watersports myself and I have seen sharks on a number of occasions when paddleboarding or kiteboarding off the east coast of Florida. So far it hasn’t stopped me from getting out there, but it is a bit frightening at times for sure. Let us know your thoughts about sharks or share any drone footage you have of them with us.