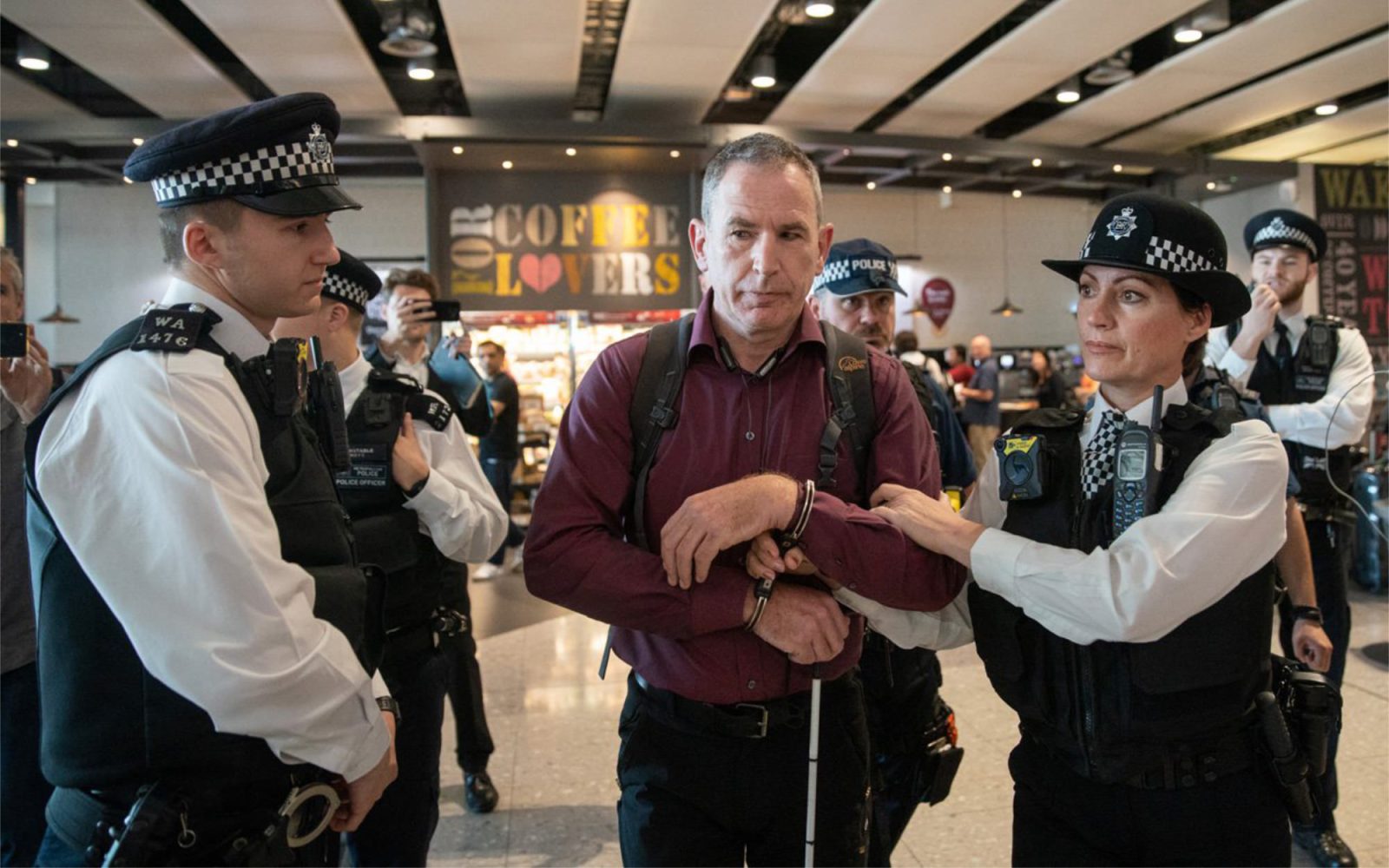 A couple of weeks ago climate change activists, who are part of the Extinction Rebellion movement, had announced that they would be using toy drones to disrupt air traffic at Heathrow Airport in the UK today. The operation was called Heathrow Pause. However, British police made a number of arrests leading up to the planned disruption and also used jamming technology to prevent drones from taking off earlier today.

Today’s protests at Heathrow Airport had been announced by the climate activists in the weeks leading up to the planned disruption, giving authorities ample time to prepare and take preventative measures.

Drone jamming technology used to prevent aircraft from taking off

The climate change activists failed to execute their Heathrow Pause air traffic disruption at England’s largest airport earlier today. Signal jamming technology prevented their drones from taking off this morning. Although the activists claim that at least one drone flight was successful.

According to TechCrunch, Heathrow Pause had up to 200 volunteers ready to fly toy drones within the 3.1-mile no-fly zone around the airport. The protesters had said they would use small drones, flying them at head height outside of the flight paths.

Thank you to our brave pilots . There are more of us ready to. take their place . We will not stand by and allow this planet killing monstrosity to expand. #No3RdRunway #ClimateCrisis #Genocide #Ecocide #ActNow https://t.co/r34znkUJqO

Heathrow Airport reportedly said in a statement that:

“Heathrow’s runways and taxiways remain open and fully operational despite attempts to disrupt the airport through the illegal use of drones in protest nearby. We will continue to work with the authorities to carry out dynamic risk assessment programmes and keep our passengers flying safely on their journeys today.”

“We agree with the need for climate change action but illegal protest activity designed with the intention of disrupting thousands of people, is not the answer. The answer to climate change is in constructive engagement and working together to address the issue, something that Heathrow remains strongly committed to do.”

The police issued a dispersal order under Section 34 of the Anti-social Behaviour, Crime and Policing Act 2014 which will stay in place for about 48 hours, starting on Friday morning at 4:30 am. The Met Police added:

“The order has been implemented to prevent criminal activity which poses a significant safety and security risk to the airport.”

What do you think about Heathrow Pause and the use of drones to stage a protest? Let us know in the comments below.

Irish Paralympian James Brown of @HeathrowPause , a splinter group of @ExtinctionR hands himself in to police at #Heathrow airport #ExtinctionRebellion #HeathrowDrone @SWNS pic.twitter.com/5CH1BWfsmj