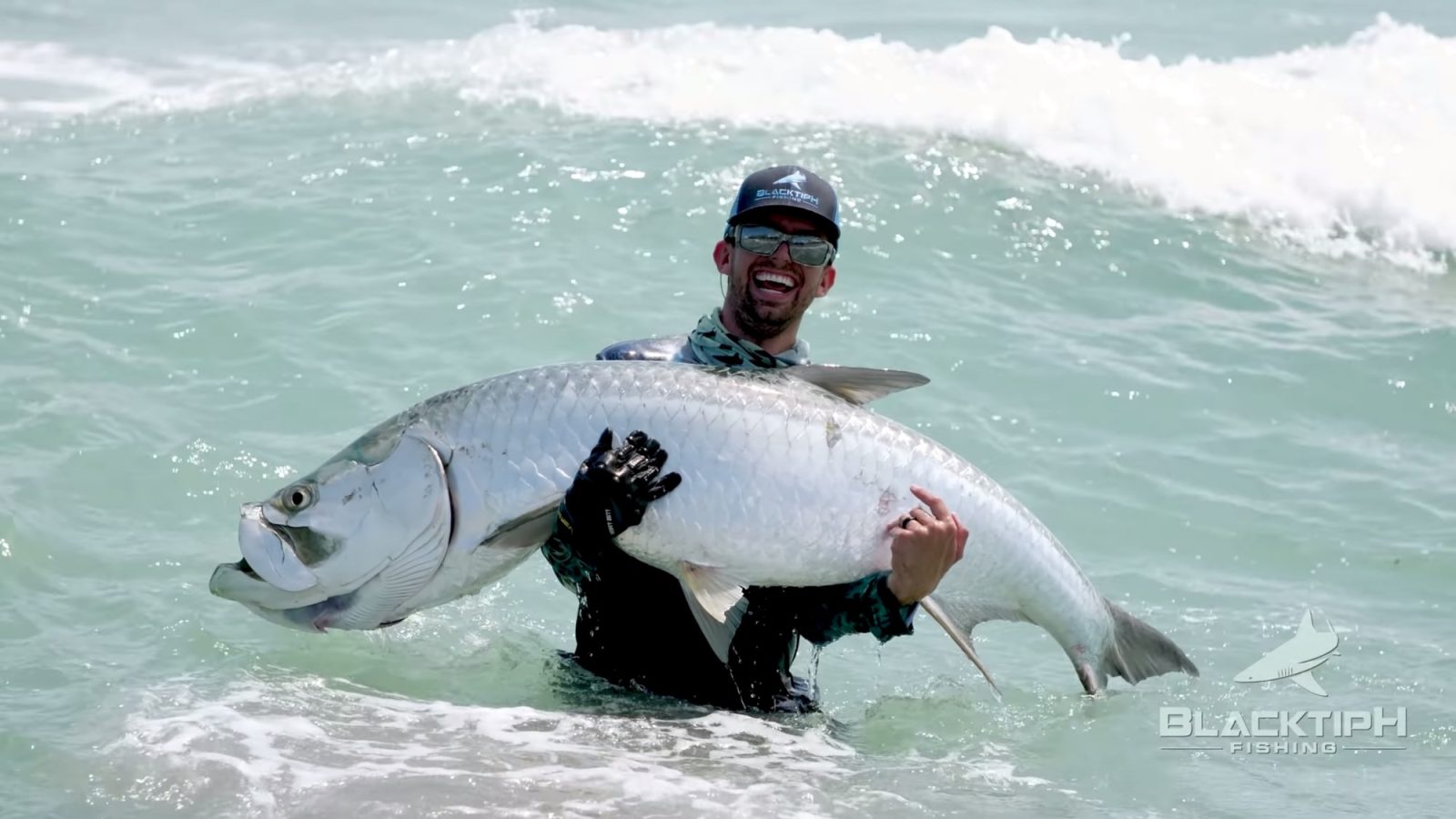 How’s this for a Friday afternoon video? Watch this guy catch a monster tarpon with help of a DJI Phantom 4 Pro V2.0. Joshua Jorgensen from the well-known YouTube channel BlackTipH catches a 100-pound tarpon right from the shore with the help of a drone.

Jorgensen told Fox News that he has caught bigger tarpon, but never directly from the shore. However, fishing with help from a drone allows you to drop the bait exactly where you want it, as it gives you an arial view of the water and the fish in it. He said:

I’d say it’s one of the biggest accomplishments for a Florida angler to catch a tarpon from the shore — it’s a very challenging fish to catch. Everyone was freaking out.

After Hurricane Dorian had passed, the waters off the Florida coast were muddied. Jorgensen and cameraman Davis Bennett had gone south to Palm Beach County and then to its southernmost point of Boca Raton. The mullet were running, and Jorgensen knew the bigger fish couldn’t be far behind.

According to Jorgensen, the drone is “like sonar from the sky… a total game-changer.” However, on this particular day they didn’t get lucky right away. They had been fishing since 5 a.m. and were about to grab lunch when Jorgensen decided to send the drone out one more time.

It worked. They hooked the monster tarpon, and after a good fight of about a half hour, he waded out into the surf to grab the fish.

It’s very nerve-wracking, going in the water and grabbing it — who knows what’s following behind. That’s a big, shiny fish! To a shark, that’s a big deal.

It was also a big deal to Jorgensen, who said of the catch that it was a major accomplishment. “From the shore… people dream of doing that,” the drone fisherman said. After unhooking the fish, he set the tarpon free again.

Impressive as this tarpon may be, check out this story where somebody caught an even bigger fish from the shore with help of a drone.