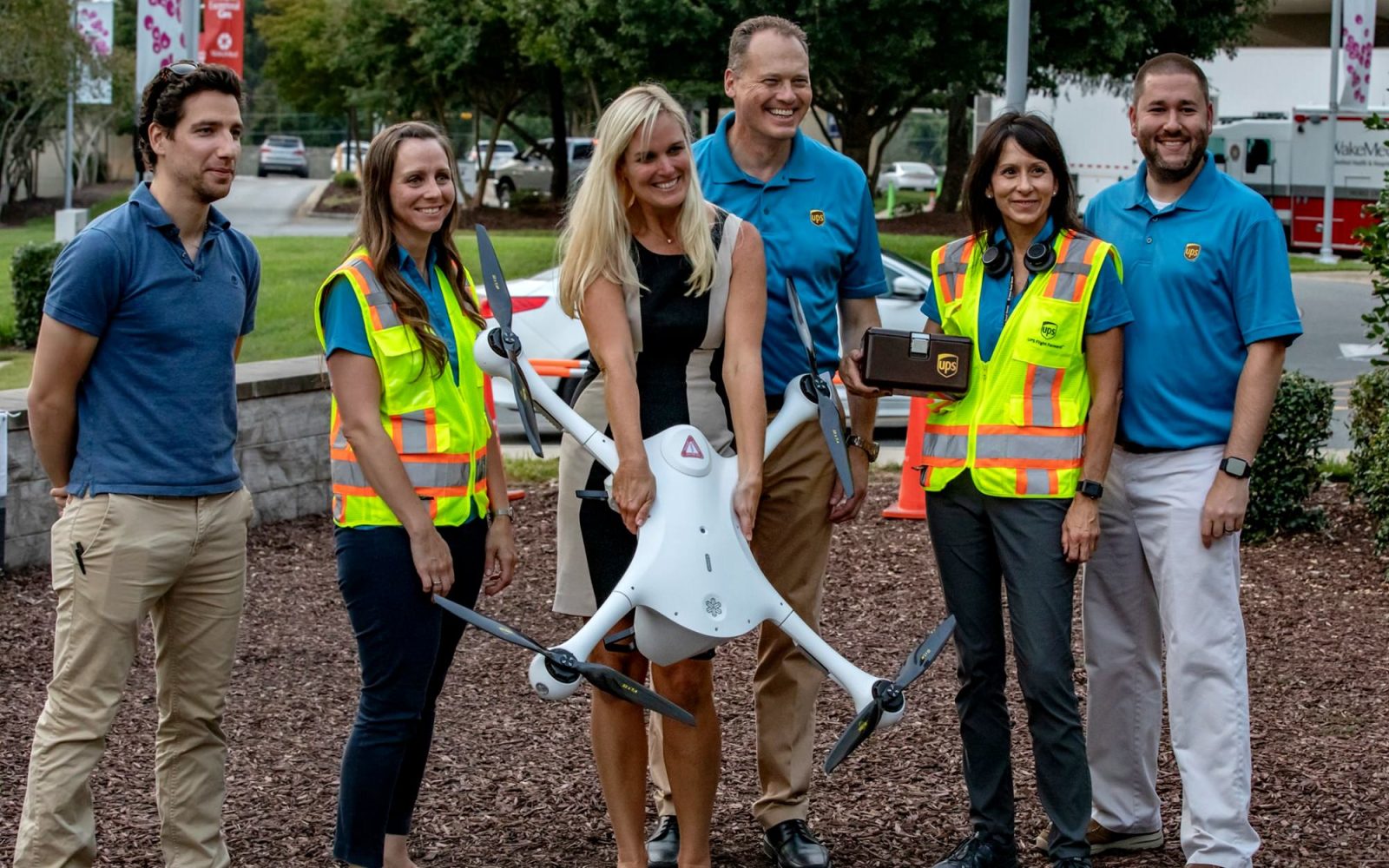 On September 27, 2019, UPS Flight Forward was the only company to date to receive FAA approval under Part 135 Standard to operate a drone airline business. Since then, we have learned of UPS’s plans to partner with CVS to deliver healthcare products and over-the-counter medications to residents by drone. That information came out soon after we learned of the partnership between FedEx, Wing Aviation, and Walgreens. Today, however, I would like to bring some attention to UPS’s all-female drone flight crew: Sherri Roberts, Candice McHargue, and Caroline Furse. Because the drone industry is dominated by men, that team might help to inspire the next generation of female drone pilots.

Introducing our all-female #drone flight crew! Sherri Roberts, Candice McHargue, and Caroline Furse are three highly qualified UPS employees who all have experience with UPS Airlines. They each bring their own skills to the team from past roles ranging from drone operator to maintenance supervisor. All three women will lead future drone flights with the UPS Flight Forward team. #UPSdrones

The photos were taken at the WakeMed Hospital Campus in Raleigh, North Carolina, a test site where UPS has been performing over 1,500 revenue-generating drone deliveries with the Matternet M2 quadcopter as part of the UAS Integration Pilot Program.

In a press statement, UPS says:

UPS Flight Forward, which already delivers medical samples by drone at WakeMed Hospital in Raleigh, NC, is rapidly building out its ground and air infrastructure to meet the needs of a diverse customer base. UPS Flight Forward plans to deliver packages to consumers at their homes in the near future.

UPS Flight Forward plans, in the future, to transport other items in many industries, and future tests together with CVS represent the first foray into retail business expansion for the UPS subsidiary.

The FAA’s Part 135 Standard certification has no limits on the size or scope of the UPS Flight Forward drone operations. “It is the highest level of certification that no other company has received”, says UPS in a statement. It basically allows UPS to make deliveries with drones and cargo that exceed 55 pounds as well as perform fly at night operations.

We are very much looking forward to seeing more women join the ranks as drone pilots and crew as the UPS Flight Forward business grows and the drone industry as a whole expands.

If you have a story about female drone pilots, please share it with DroneDJ, as we’d love to cover those stories here.