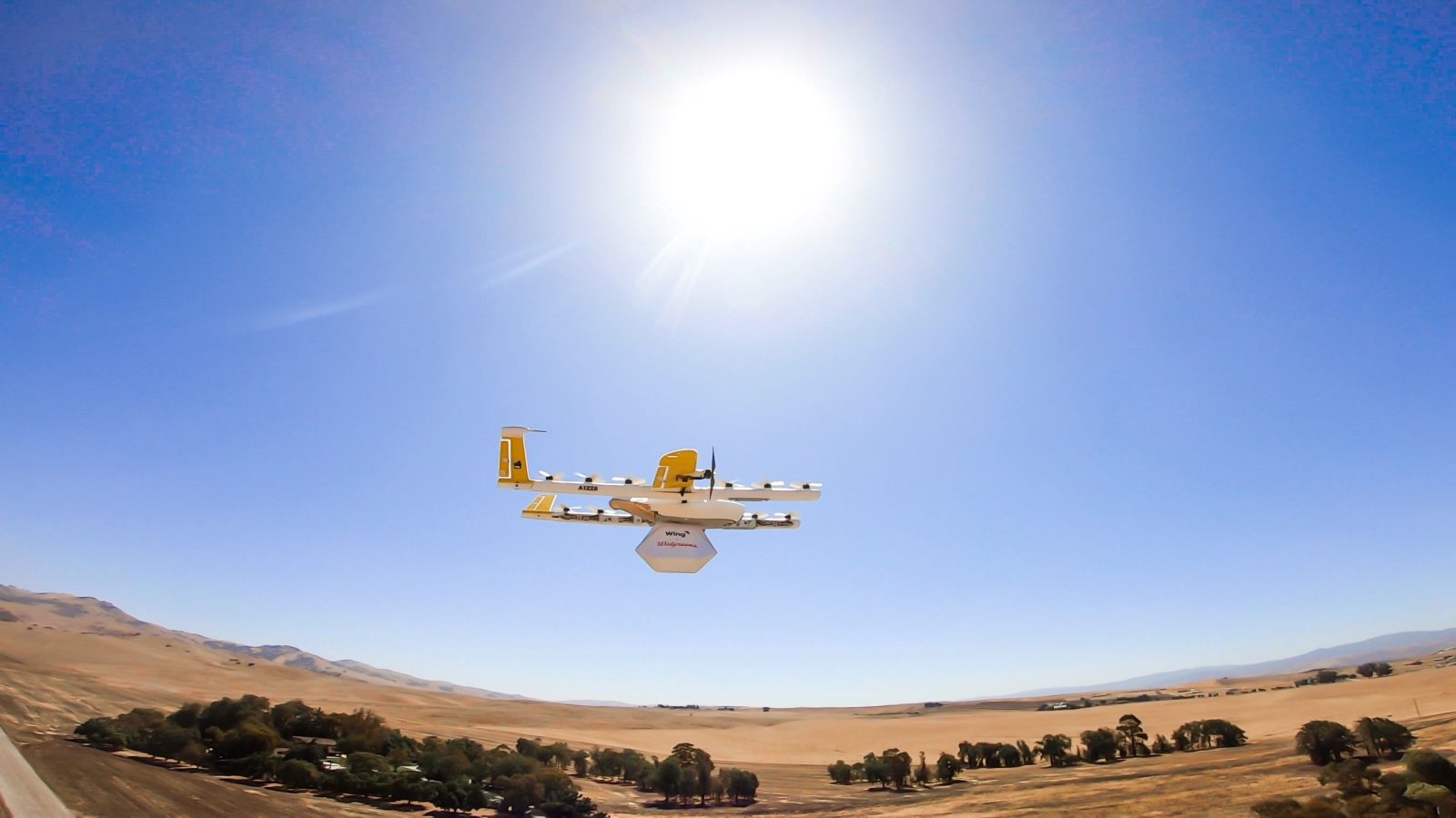 Alphabet’s Wing Aviation has partnered with FedEx and Walgreens to deliver packages by drone. The deliveries by drone are expected to start this fall in Christiansburg, Virginia.

The partnership between Alphabet’s Wing Aviation, FedEx, and Walgreens is part of the UAS Integration Pilot Program and aims to show that drones can be safely used to make last-mile deliveries of health care products.

Wing aviation received its Air Carrier Certification from the Federal Aviation Administration (FAA) in April. The drones from Wing will be delivering over-the-counter medicines and other health care and wellness products. The items will be transported in specially designed FedEx boxes that are mounted underneath the drones.

Wing has been active in the Christiansburg and the New River Valley area for years. It started in 2016, when it delivered burritos by drone to the Virginia Tech campus in Blacksburg.

Outside of the US, WIng has been actively testing drone deliveries in Australia, with more than 70,000 drone test flights and thousands of deliveries by drone. Recently, Wing also expanded to Helsinki, Finland, where it uses drones to deliver products such as meatballs, pastries, and other gourmet goods.

FedEx is collaborating with @Wing to test delivery of small packages via drone to residents of Christiansburg, VA, beginning this fall. To learn more, visit https://t.co/cu3T1f8KNz pic.twitter.com/9MmsLbFxIF

If the tests in Christiansburg go well, we may soon see Wing delivering products by drone in other parts of the country as well.

What do you think about having products delivered by drone? Let us know in the comments below.