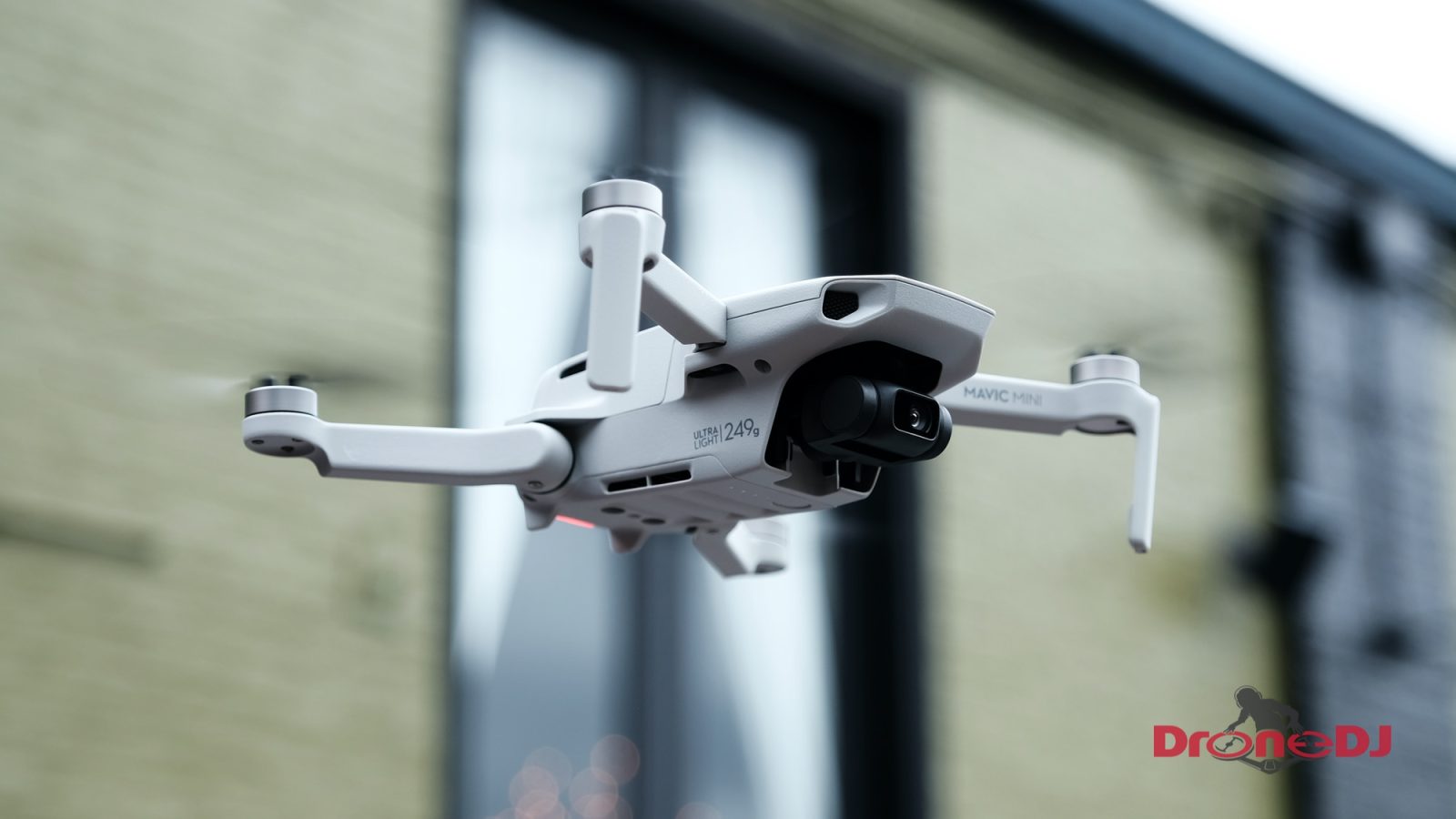 At DJI’s media event in Brooklyn where the ultra-light DJI Mavic Mini (from DJI or Amazon) was first introduced to a larger audience, we had the chance to fly the little drone ourselves. And even though my flight time was limited to maybe 10-15 minutes, I will share my first impressions and hands-on experience with the everyday Flycam, as DJI calls the DJI Mavic Mini.

First impressions and hands-on experience with the DJI Mavic Mini

The DJI Mavic Mini is quiet

The first thing that you will notice when you start flying this ultra-lightweight drone is that it’s much much quieter than any of the other DJI drones. The smaller motors and tiny, thin propeller blades generate a lot less noise, and it makes the DJI Mavic Mini very quiet. DJI hasn’t advertised this feature as much, but I see it as a huge benefit, as it will attract much less attention from people in your vicinity when flying this drone than when you’re flying any of the other larger and louder DJI drones.

How will it behave in windy conditions?

Weighing in at only 249 grams, it made many people wonder how well the DJI Mavic Mini does in high-wind conditions. Now, of course, we don’t expect it to fare anywhere near as well as, say, the DJI Mavic 2 will do in strong winds, but based on what I’ve heard from DJI employees and Faruk from iPhonedo is that this little drone does quite well in windy conditions. On the day of the launch event, there was hardly any wind at all, so I cannot say how the drone behaves based on firsthand experience, but I expect it to do quite well. As a reference, the Parrot Anafi, another lightweight drone with small props does quite well in windy conditions. I have had that drone out in 20 mph winds with even stronger gusts and it held its own. I expect the DJI Mavic Mini to be able to still fly ok in at least 15 mph winds. I haven’t checked the forecast for wind yet, but hopefully, I’ll be able to test this soon with a review sample.

It has a Sport mode!

The DJI Mavic Mini can be flown in three different modes. The Standard mode is indicated by the letter P, a Sport mode (S), which makes the drone definitely more agile and fast, and a Cinesmooth mode (C) for smoother movements of the aircraft. In contrast to some of the other DJI drones, the DJI Mavic mini does not have a dedicated switch on the controller to change between these different flight modes. You will need to go into the simplified menu and select Sport mode to get the most out of this little unmanned aircraft. When flying the drone in sports mode, it is definitely a lot more agile and fast. However, it doesn’t have that same zippy feeling that I remember from flying the DJI spark in Sport mode. This must be the result of the smaller motors and props needed to get the drone below 250 grams. Don’t get me wrong, though, the drone flies really well. It’s very responsive, and it’s fast enough to deliver a fun and engaging flying experience. 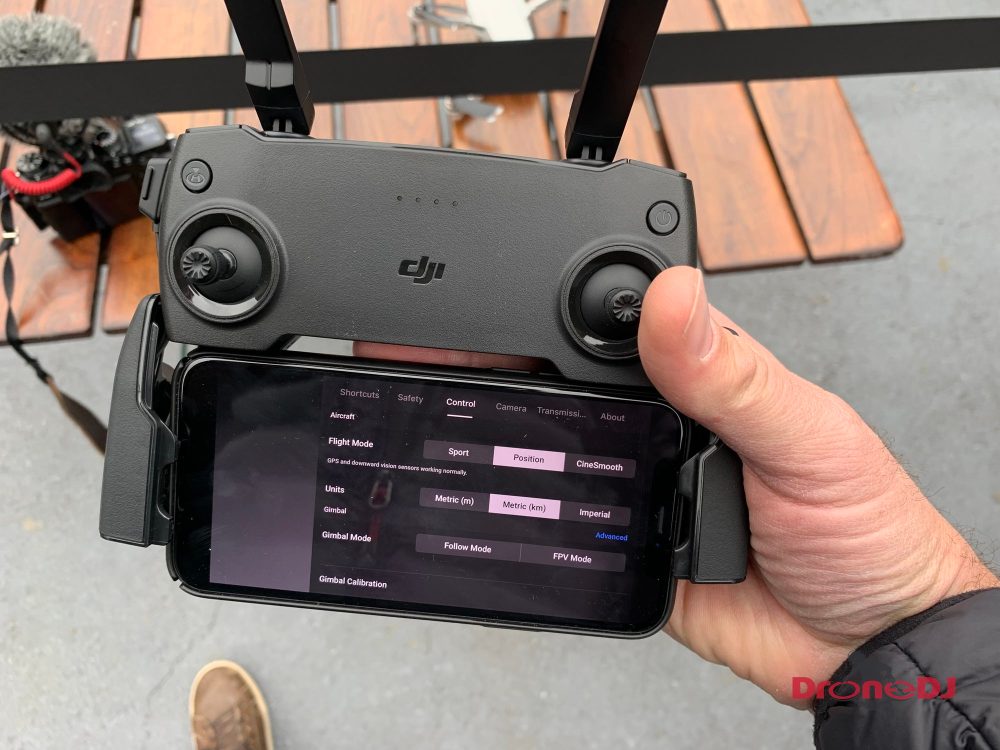 This brings us to the next part of my hands-on experience with the DJI Mavic Mini, the transmission signal. It is a Wi-Fi-based transmission signal, and it seems to work really well. Don’t, however, expect the same lightning-fast reactions that you may be used to from the Mavic 2. The DJI Mavic Mini does not have Ocusync, and again, the less powerful motors and smaller props make the drone feel less agile than its larger brother.

In Brooklyn, we were not able to fly the drone at larger distances to see if the Wi-Fi signal would deteriorate. Also, flying multiple drones simultaneously in a dense urban environment is probably not the best setup to test its capabilities. I’m looking forward to flying the Mavic Mini in an open environment and see if it lives up to the promised 2.5-mile range. Many people were hoping for some version of Ocusync on this drone, but that likely would have been too expensive as well as increased the weight of this small aircraft.

One thing to keep in mind when flying this drone is that the DJI Mavic mini does not have any obstacle avoidance. There are only two sensors at the bottom of the drone that will help you to hover in a stable manner indoors and aid with precision landing. The two black openings at the front of the drone are purely cosmetic and do not house any obstacle avoidance sensors, so when flying the Mini, be careful, as it will not stop when you’re heading toward that tree in your backyard. 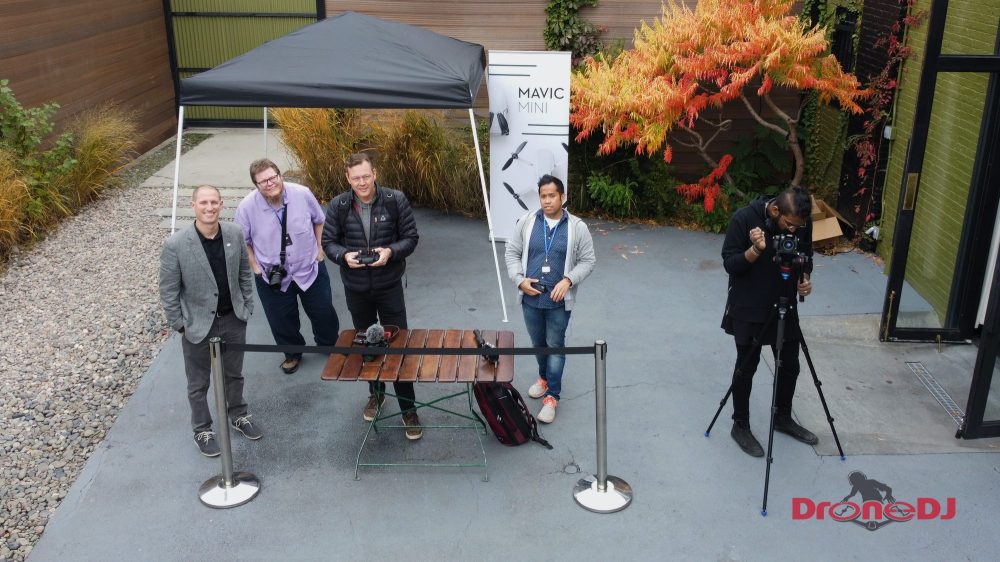 Photo taken with the DJI Mavic Mini (cropped, resized and edited slightly). You can download or view the originals here.

A big part of the flying experience is made up by the controller and the DJI Fly app (new for the Mavic Mini). The controller is a simplified version of the remote controller from the DJI Mavic 2. However, this one does not have a screen, and it has fewer buttons. For anybody who’s ever flown a DJI drone, flying the Mavic Mini will be very very intuitive. The app itself is a dressed-down version of the DJI Go 4 app. It has a much more simplified user interface and menu structure. I found this refreshing and easier to navigate. I think a lot of people will appreciate the simplified menu. One missing feature, however, seems to be the Panorama option. 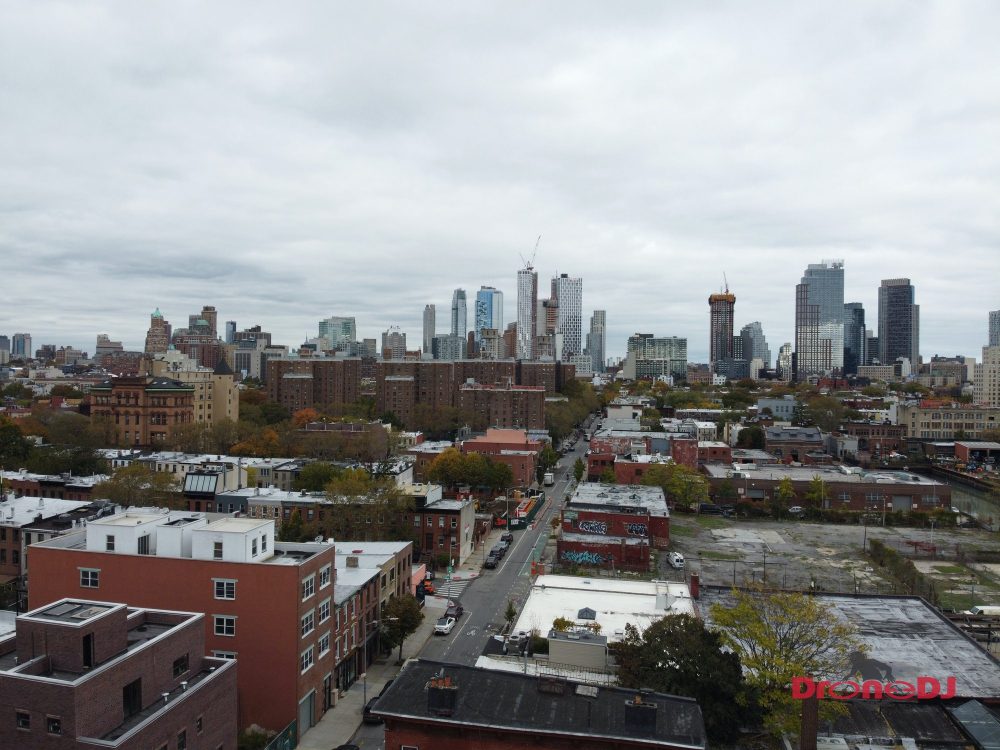 Photo taken with the DJI Mavic Mini (no editing) You can download or view the originals here.

The DJI Mavic Mini offers you a 30-minute flight time, which is among the longest, if not the longest, in the DJI drone lineup. Especially when you get the DJI Mavic Mini Fly More Combo, you’ll be able to fly for over an hour with the three batteries included. I think this is a great benefit for any enthusiast drone pilot, as it will give you more time to fly and less time to worry about batteries and charging. And in the end, that’s what the DJI Mavic Mini is all about — getting more drones in the hands of more people and having more fun flying these little aircraft. A lot of people will be excited to fly the DJI Mavic Mini and will be very pleased with its performance.