Research with drones shows that Northwest killer whales are shrinking 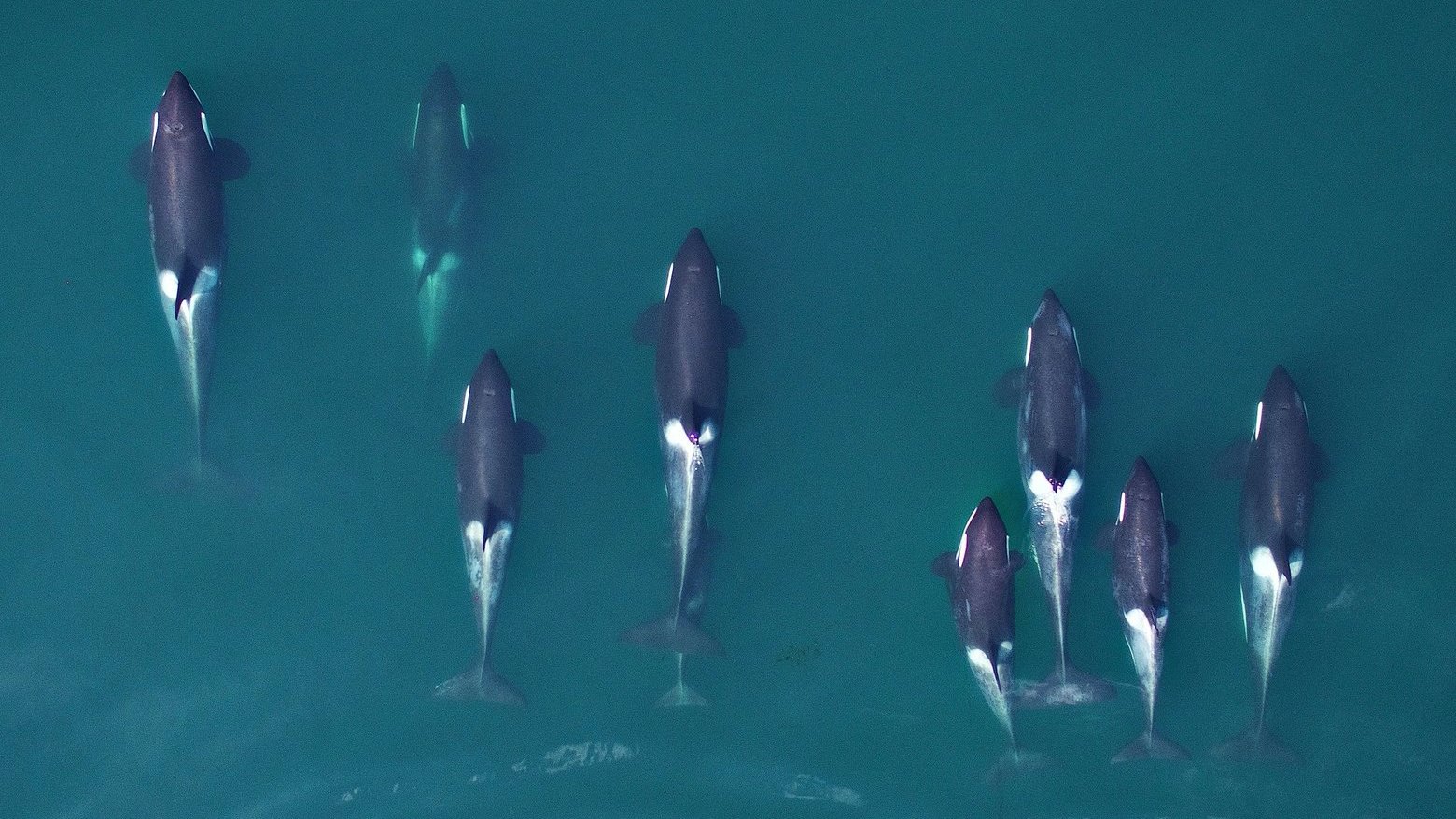 Lynda Mapes writes for the Seattle Times that:

The findings, published last month in the peer-reviewed scientific journal Endangered Species Research, were based on aerial photos taken by drone of whales in both the southern and northern resident orca populations.

The photos document just how closely the health of resident killer whales is tied to the abundance of their favorite prey: big chinook salmon.

Younger whales born since the 1980s in both the northern and southern populations of salmon-eating resident orcas are shorter in length than older whales that grew up when chinook runs were more abundant, the photos revealed.

It was a significant difference: The stunted whales growing up in lean times were on average nearly half a meter shorter than older adults, according to the paper published by authors from SR3: Sealife Response, Rehabilitation and Research, the National Oceanic and Atmospheric Administration (NOAA), Vancouver Aquarium and Southall Environmental Associates (SEA) Inc., an environmental consulting firm.

The findings suggest the effects of hunger not only can be lethal, taking out calves and adults, but also can have long-term consequences for the condition of the whales that survive, said John Durban, author and senior scientist with SEA.

Meanwhile, chinook also are shrinking. Jan Ohlberger, of the School of Aquatic and Fishery Sciences at the University of Washington, and other authors have documented a pattern of smaller body size in chinook over the past 40 years. Fish today measure up to 9% shorter than in the past. Chinook have shrunk in Alaska. They shrank all down the coast of Washington, and clear to California.

Killer whales preferentially target large chinook because they deliver more calories for the hunting effort. The shrunken chinook mean orcas have to work harder to get enough to eat. Declines in length imply a reduction in caloric value of an average sized chinook of 30-40%, Ohlberger and his co-authors reported in the paper.

Over the last few years, we have reported on a number of projects in which research with drones brings to light new findings. What do you think of the role that drones can play in studying wildlife? Let us know in the comments below.

Photo: John Durban/NOAA, under permit from Fisheries and Oceans Canada