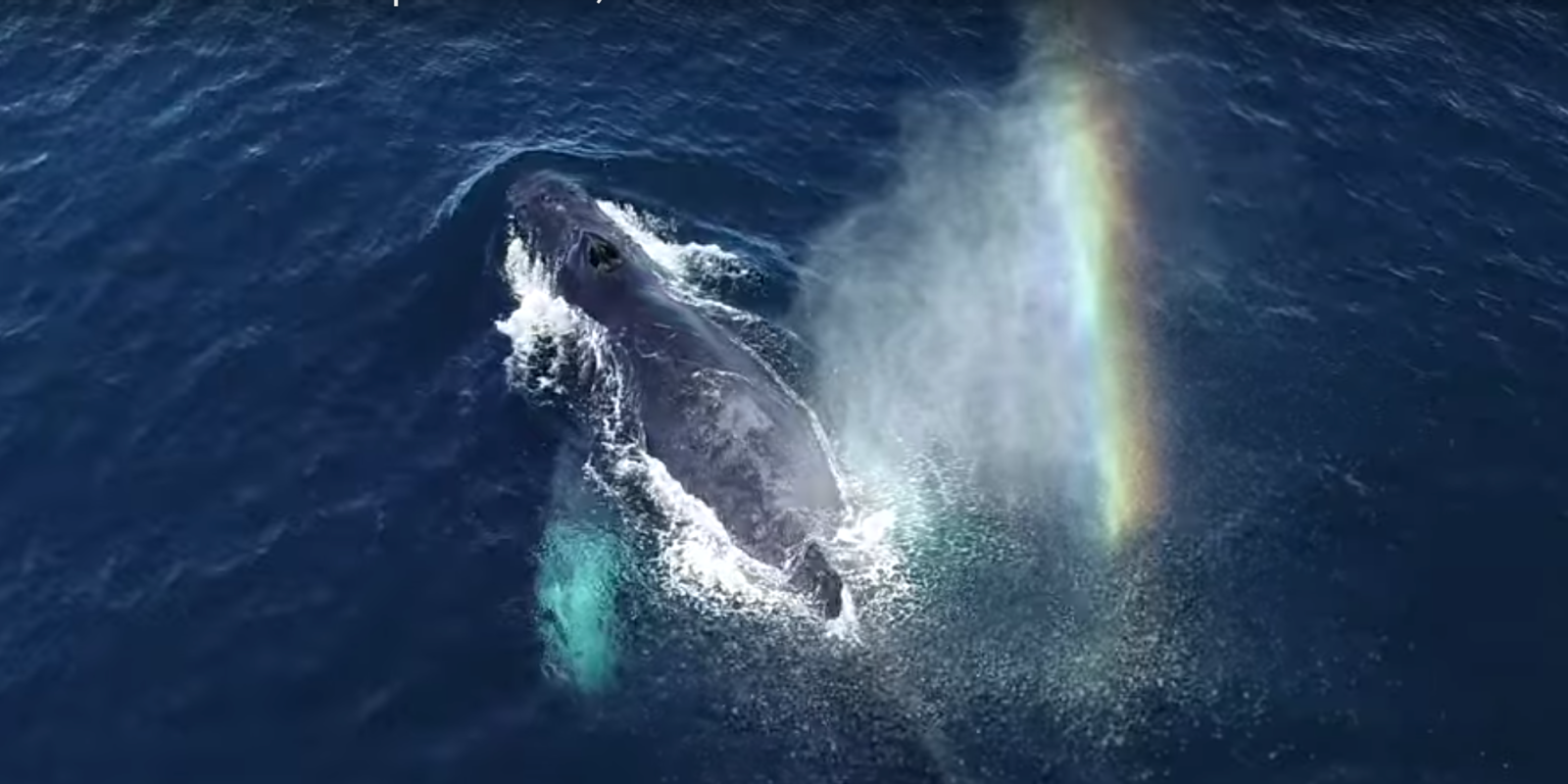 In real life, you won’t see a unicorn fart a rainbow. But it you’re at just the right angle, you can see a whale blow one. And a drone is the best way to get that angle.

A whale’s blowhole emits a combination of warm air and mucus. When the warm air hits the colder air over the ocean, water vapor forms. And those droplets often catch the light to create a rainbow — or a “rainblow,” as some whale watchers call it.

You can see many of these rainblows in beautiful video compiled by whale-watching companies off Orange County in Southern California. “We don’t always see this rainbow appear from the breath of the whale, but if we’re at the perfect angle on the right day with our drone, we can capture this rare occurrence,” Jessica Roame, marine education program manager at Davey’s Locker Whale Watching, told the Mercury News.

She was already looking through the company’s footage for a project helping local teachers develop mini lessons on marine biology. In the past, local schools would have brought classes out for whale watching trips. Now with the COVID-19 lockdown, Roame is focusing on virtual education projects for students.

California’s coast has a rich whale population at certain times of the year as the whales migrate. The most common species are gray whales, which can grow to about the size of a school bus. They migrate south from Alaska starting in October and pass Southern California around December. Blue whales, the largest animals on earth at up to 100 feet long, are easiest to spot from June to October when they feast on krill. Fin whales, which are second only to blue whales in size, appear off the coast in the winter. Here’s hoping that the pandemic wanes soon and people can get out to see the whales in real life again.