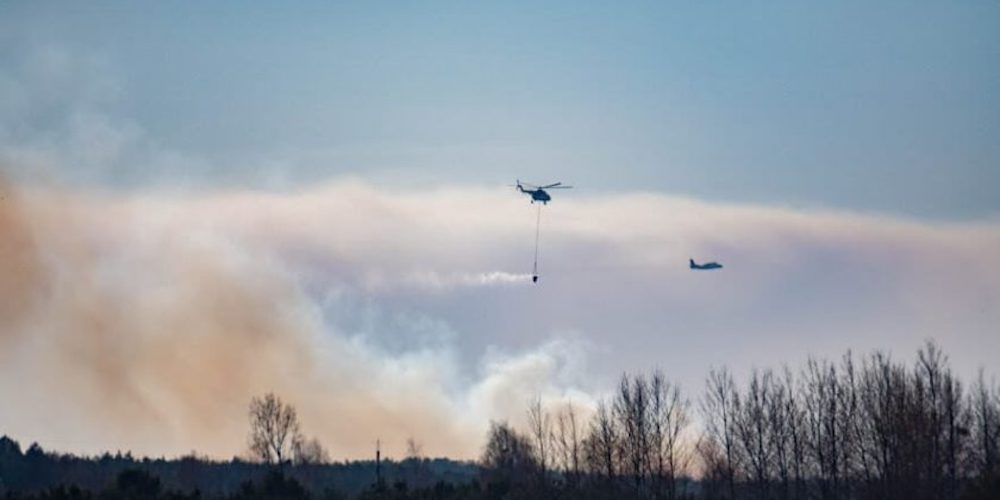 The Chernobyl nuclear power plant complex in Ukraine remains one of the most dangerous places on earth, 34 years after the fire that released massive amounts of radiation. In early April, wildfires threatened to cross into the exclusion zone, stirring up the radioactive remnants of the site.

Drones played a key role in getting the fires under control and keeping them from crossing into the 30-kilometer (19-mile) “Exclusion Zone” where radiation is most intense.

The fires began on April 4 and quickly spread. The area around Chernobyl sees frequent wildfires, but they were especially strong this year to an unusually warm and dry winter. Getting the fires under control took 10 days and required over 1000 firefighters, 120 trucks, and several helicopters and planes. Ten drones were also on the scene.

Two DJI Mavic 2 Enterprise models with thermal imaging cameras proved especially handy. “The thermal cameras gave my team the eyes to see through the smoke,” said Alexander Sirota, chairman of the Public Council at the State Agency of Ukraine for the Management of the Exclusion Zone. (The two drones were provided by DroneUA, a DJI channel partner.)

Unmanned craft are especially helpful in this setting, as they help limit the radiation exposure to humans. “Even without fire, it is unsafe to stay in some parts of the Chernobyl area. With the fire, we are facing additional risks for the personnel,” Sirota told the publication Commercial Drone Professional.

Drones aren’t new to the Chernobyl area. Sirota told the publication that his agency has been using drones since 2016 to monitor the area. For instance, they monitor for abnormal heat levels that may indicate the beginning of a fire. “Drones are the must-have tool to fight wildfire, and thermal imagery is especially important,” he said.