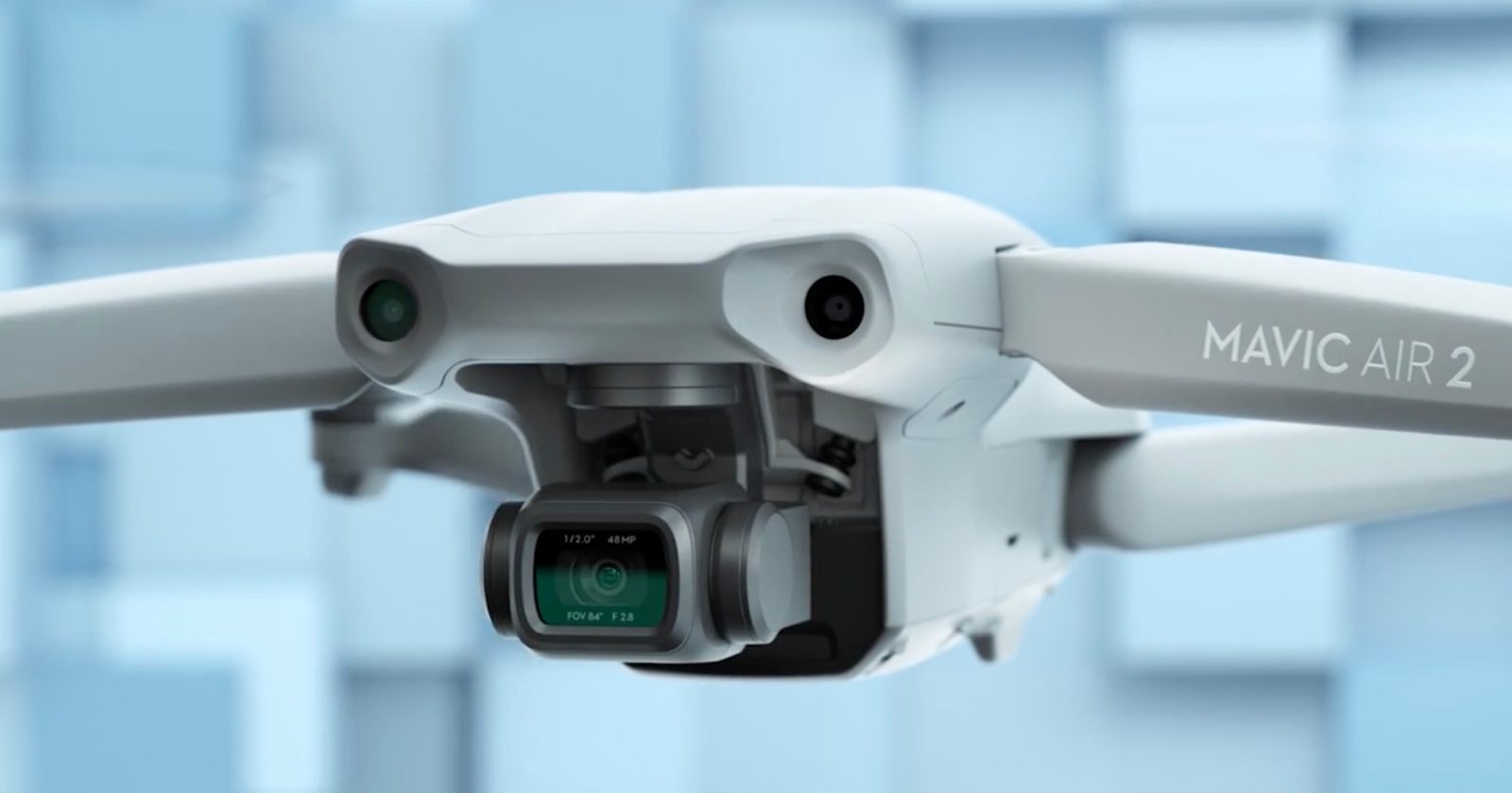 All the rumors were true: The DJI Mavic Air 2 is now official, and we’ve had a few days head start evaluating the new $799 wunderkind. (Buy at DJI or Adorama/$988 Fly More)

Talk about big numbers in a small (570g) package: 48 Megapixel camera which shares the Sony IMX586 sensor with recent flagship smartphones. Add the ability to record 4K video at 60 frames per second, which is double the framerate of the big brother Mavic 2 Pro.

There’s a lot more to this, so read on as we bring you exclusive footage and takes below:

Mavic Air 2 out of box and first flight

Because I had a review unit, the box I had was checked over. But it is a pretty easy assembly. Simply put the battery on the back, slip on 4 props and throw your smartphone in the connector. (Mine came with Lighting cable attached and USB-C in the box.)

There’s a new DJI Fly app to download, if you haven’t already downloaded it for the Mavic Mini. Reviewers got a special version with the ability to fly the Air 2. It is a little easier for beginners to pick up piloting with this app but for those used to Go 4 app, the learning curve is pretty mild.

Batteries were charged about 3/4 full, so I walked right outside and launched. I gave it to my son to pilot, as he’s flown other Mavics quite a bit. I also brought up my Mavic 2 Pro to take some 4K footage, albeit at 30fps.

Here’s an example of the flight of the Air 2. Notice the gimbal movements as the Air 2  accelerates and stops.  Here’s another:

Sadly, I probably should have thought to do this type of video work at the end of the review because what happened next is super cringey. My son was flying the Mavic Air 2, and I decided to do an unannounced flyby. At that same time, he decided to go up. I managed to nick 3 of the 4 props on the Mavic Air 2 with my Mavic 2 Pro, and it went down.

This incident might have been avoided if the Mavic Air 2 had an upward-facing sensor. In brief testing of its sense and avoid system, the drone was able to avoid trees and even small branches that had tripped up previous DJI drones. I guess this is the one type of incident they weren’t prepared for!

Both drones were able to stabilize themselves long before they hit the ground, but I only have 2 extra Air 2 propellers even though 3 sustained significant damage. The rest fo the Mavic Air 2 was fine. So unfortunately that’s all the flight testing I could do until I get new propellers this week.

That doesn’t mean I didn’t learn a ton about this Mavic Air 2 Drone and get to try out all the new features just yet.  But it didn’t at all diminish my enthusiasm for flying it. Check out the full review video below:

If you are at all thinking about a drone in the $500-$1500 range, I have to believe the Mavic Air 2 is the one to get right now. Its camera, with the 4K60 capability and 48MP sensor, is way better than any other drone in this price range. Its 34 minute flight time 10km OcuSync 2.0 range are also killer features. For a comparison, just look at the matrix DJI provided below: 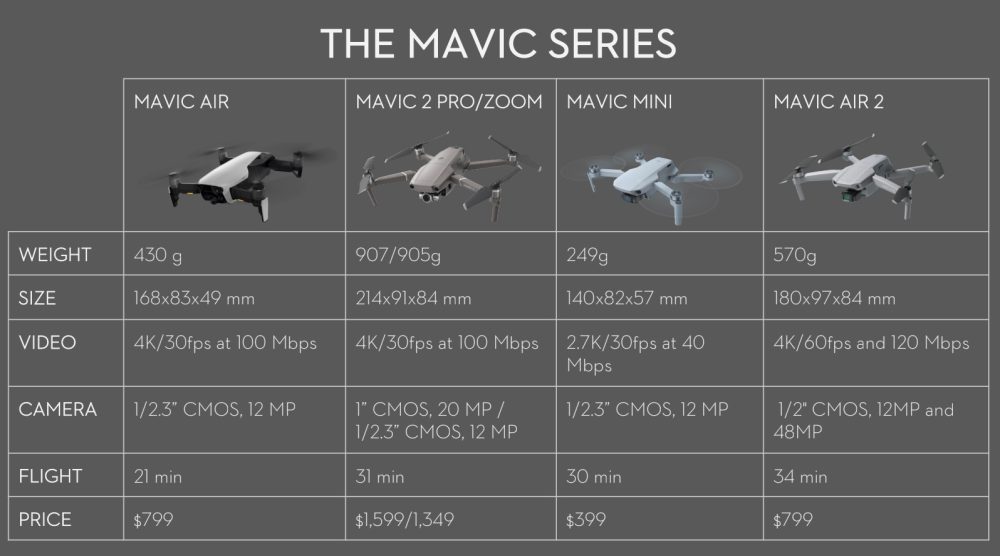 Slightly bigger than the original Air and with many of the capabilities of the Mavic Pro/Zoom at a low price, this is more than just an upgrade. As DJI says this is a whole new generation of drone.(Buy at DJI or Adorama/$988 Fly More,Amazon)