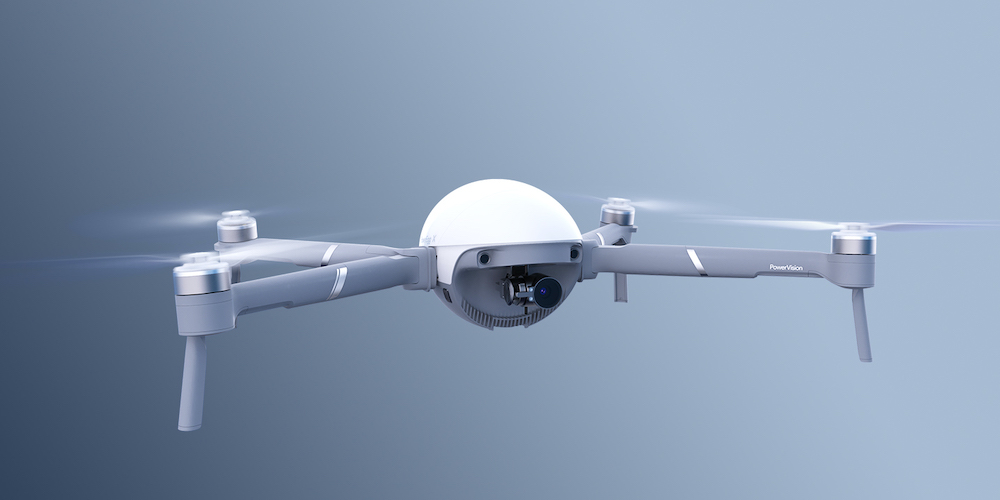 PowerVision definitely has its own take on drones. Its new PowerEgg X looks like, well, an egg. It can be a standalone smart camera or be outfitted with quadcopter rotors to fly like a standard drone. We’ve had our eye on this curiosity for a while, and it’s now available for purchase, at $899.

That’s interesting timing, coming only a few days after DJI’s new Mavic Air 2 took the drone world by storm at just $799. The Mavic Air 2 meets or beats the PowerEgg X on most measures.

The one place the Egg may stand out is in extreme weather. The company claims that the drone can fly in winds up to a blustery 38 kilometers per hour (24 miles per hour).

PowerVision is also selling a special waterproof package that includes a weatherproof shell for the egglike body of the drone as well as floats that attach to the bottom of the propeller struts. PowerVision says specifically that this package can fly in “heavy rain.” It can also land on water such as ponds or lakes. This will set you back a bit. The “Wizard” package, which includes the waterproofing, lists for $1249.

While the weatherproofing claims are impressive, we wonder how useful they really are. It’s not a lot of fun to go out flying in a rainstorm. Nor are you likely to get the best photos in heavy rain.

But there may be some cases where the weatherproofing comes in handy. I live in northern California, where there are often strong gusts along the damp, foggy, and very photogenic coastline. The PowerEgg X might also come in handy when shooting water sports. Not only can it get splashed, but if it gets knocked, it can land on the water instead of plunging beneath it.

So the PowerEgg X may be worthwhile for certain users. But until we can test how well it really works, we can’t say for sure.