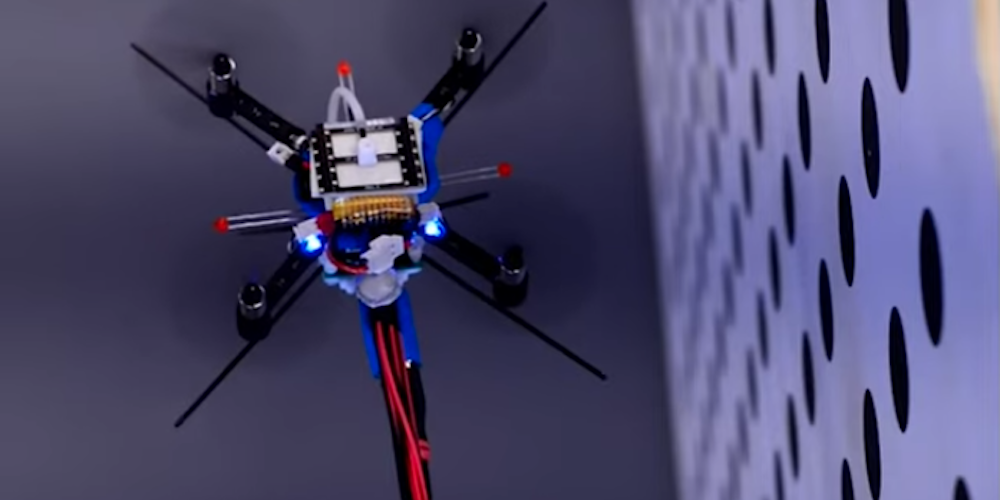 Drones are nimble and fast-moving—sometimes too fast for the obstacles they encounter. There has been a trend of adding more and more collision sensors to drones to help them sense and avoid obstacles. But sensors cost money and consume power and space.

Now researchers have a new concept for a cheap, lightweight sensor inspired by how mosquitos navigate in the dark. It works very differently from infrared or lidar sensors used on drones and other robots today. Instead, it relies on aerodynamics, as Science reports.

Some mosquitos are nocturnal and able to navigate completely in the dark without hitting objects. In trying to determine how they do this, researchers discovered a curious structure: about 12,000 cells that ring the base of each of the animal’s antennae. They realized that the cells measure how the antenna wobbles in flight.

And the wobbling, they realized, comes from turbulence from the motion of the beating wings. As a mosquito flies near to a wall or the ground, for instance, the vortex of air from the beating wings is distorted in a way that blows back on the antennae, producing a distinctive wobble. When the special cells register the wobble, the mosquito realizes it is close to an obstacle and adjusts course to avoid colliding with it.

Researchers then built a synthetic version of this wobble sensor, weighing just 9.2 grams (0.3 ounces) and affixed it to a mini drone. With the sensor, the mosquito drone was able to register obstacles and avoid collisions just as a mosquito can.

The researchers suggest using such sensors on drones that regularly fly close to obstacles, such as ones that inspect infrastructure. That may not be the best use for it, though. These high-end drones, like the new DJI Matrice 300 RTK, are already equipped with advanced visual sensors and sophisticated sense-and-avoid systems. Given the high-end nature of such drones, the cost for these systems is justified. But seeing the mosquito-inspired sensor work on a low-cost mini drone suggests that even this class of flyer may be able to get its own affordable collision-avoidance tech.