US military gets jet-powered drone interceptor 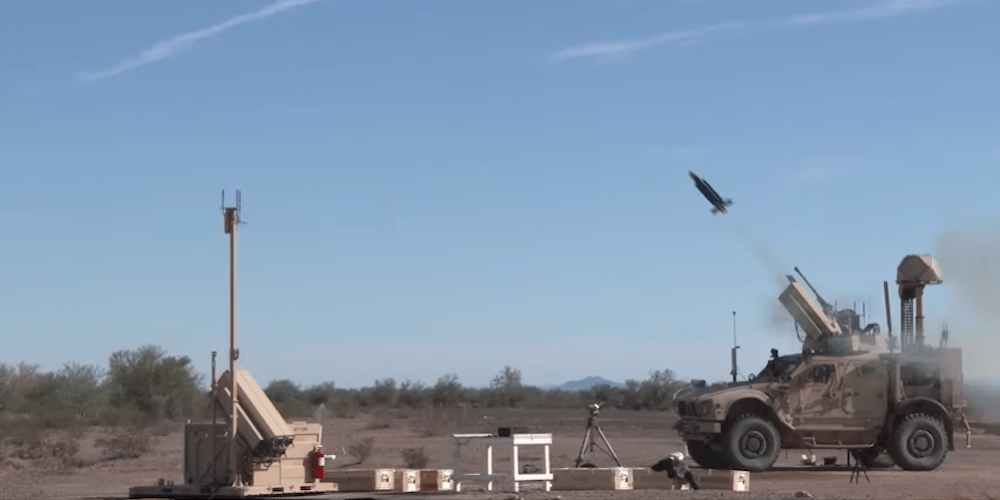 Cheap little drones have become a powerful weapon in modern warfare. A quadcopter with a grenade attached can do a lot of damage at little cost, allowing terror groups like ISIS to threaten much larger military forces. But the larger forces are fighting back with a new drone interceptor.

Raytheon, the top supplier of surface-to-air missiles to the US military, has a new drone interceptor that should be truly terrifying to any quadcopter. Called the Coyote 2, it’s like a missile that turns into a jet. The Coyote 2 starts with a rocket-boosted launch. Then a miniature jet turbine kicks in to continue the flight.

Fins pop out of the bottom of the device after launch, and they can tilt to maneuver the interceptor. The turbine engine can also vary its thrust throughout flight, making the interceptor highly maneuverable. “It has dogfight-type of capability,” James McGovern, Raytheon VP of mission systems and sensors, told Forbes.

Raytheon’s new drone interceptor must cost a lot more than the little drones it’s going after. But it should be a lot cheaper than other battlefield gear, like the shoulder-launched Stinger missiles that Raytheon also makes. The company says that it’s built with “off-the-shelf” components, rather than requiring engineering of new components.

The interceptor is linked to a ground-based mobile radar system that specializes in tracking small targets. Thus the Coyote 2 can fly a sophisticated mission without having to carry its own expensive sensors and processing. The intelligence is outsourced to the ground-based system, saving money on the drone interceptor.

Despite its agility, the Coyote 2 doesn’t need to score a direct hit. Instead its warhead explodes in what Raytheon calls a “fragment filed” of fast-moving shrapnel that can take out anything nearby.

This is all a huge upgrade from the original Coyote, which debuted in 2018. That interceptor launches from a tube and uses a propeller to fly at 60 mph. Raytheon won’t reveal the speed of the Coyote 2, but it’s got to be a lot faster.