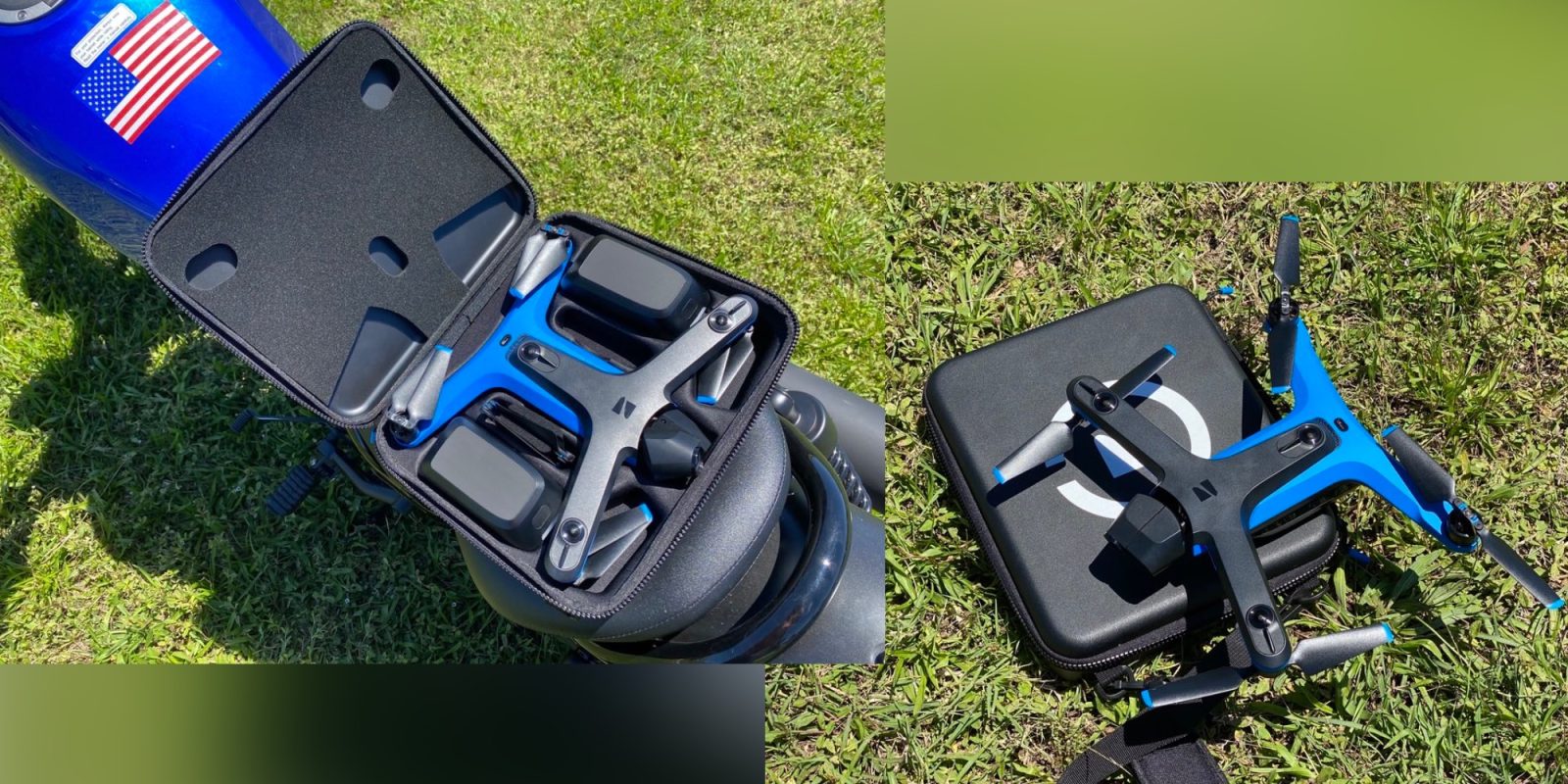 Two major pieces of news in the drone world from Skydio today. First, the drone maker is officially announcing that Skydio 2 production has restarted since pausing for a few months during the COVID-19 shutdown. The super-smart Skydio 2 drone is once again available to order and shipping to customers.

The other announcement is the release of a significant software update for Skydio 2 drones. A new software update released today dramatically increases tracking range, flight features, and charging capabilities.

Skydio 2 can now track subjects from much further away, thanks to the latest software update to the intelligent drone system. Tracking range extends from 10 meters to 20 meters if you’re flying with just your iPhone or Android phone as the controller. The optional Skydio Beacon accessory quadruples tracking range to up to 40 meters away.

Speaking of Skydio Beacon, pilots can now use the Orbit flight mode when controlling Skydio 2 with the accessory.

Pilots can also now experience a smooth landing with Skydio 2 on its carrying case. The new software recognizes the Skydio logo to autonomously land safely. Landing on a desired target is also much easier now with a new nudging behavior that improves precise control when using software joysticks or the optional Controller accessory.

Finally, Skydio is upgrading the capabilities of its Dual Charger accessory with the ability to use its second USB-C port for power pass through. The double battery charger is powered with one USB-C port, and the second port can now be used to simultaneously charge other devices over USB-C.

Testing Skydio 2 genius drone from @SkydioHQ this weekend. It's SO easy to toss in a backpack and take out to fly 😀

DroneDJ is currently testing the Skydio 2 and accessories and will have much more hands-on experience to share in the coming weeks!

We left out one of the best parts of the Dual Charger update! Check out the detailed overview of what's new with Skydio 2 and how to update your dual charger here: https://t.co/V4TZC1Jjwz pic.twitter.com/yQiI0XJrCL

Other updates and improvements