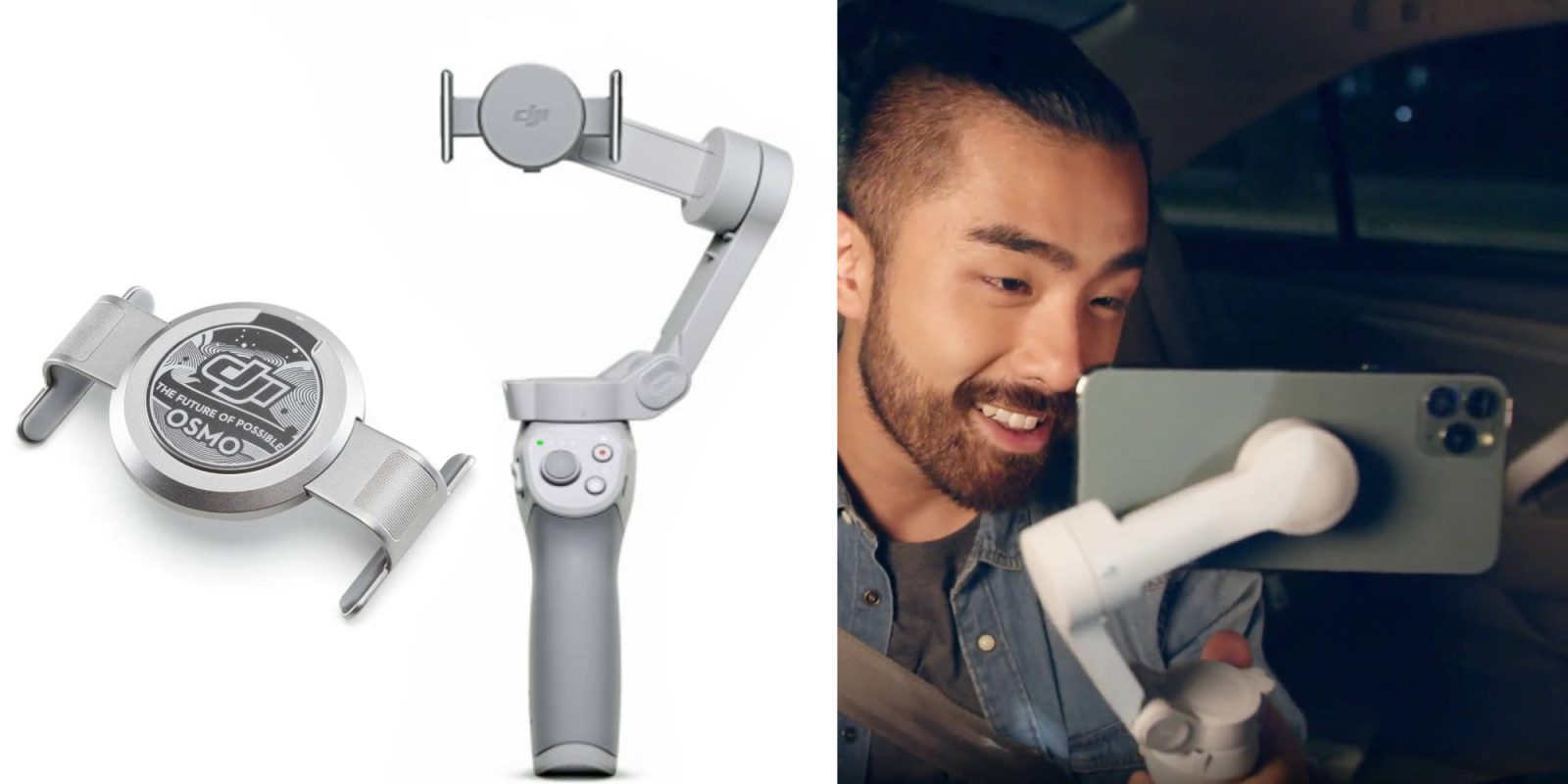 Marketing material for the upcoming DJI Osmo Mobile 4 has leaked, giving us a glimpse of the new features the gimbal will come with this time around. It appears that all the usual product images have also leaked, including the promotional video.

The biggest feature for the new DJI Osmo Mobile 4 appears to be the magnetic mounting system shown off throughout the marketing materials. It appears that you can use a smartphone clamp with a magnetic disc or a new minimalist sticky mount that attaches directly to your phone with the same magnetic system. The new slogan of the OM4 even relates back to the magnetic mount saying, “Create Magnetic Moments.” (Oh, and if you’re wondering, magnets don’t cause any problems with phones.)

The Osmo Mobile 4 also features DJI’s ActiveTrack 3.0 and a DynamicZoom. The graphic also points out the inclusion of story mode, presumably a mode that will automatically add effects and music to the shots you take creating a mini social media-ready video. You can also control the gimbal using hand gestures. It can be switched between portrait and landscape orientations. Something that has returned from the OM3 is the great foldable design.

The gimbal also has a 2450mAh 7.2V battery, the exact same rating as the Osmo Mobile 3 suggesting it will feature the same or similar 18650 cell battery. The model number for the OM4 is OK100. This is a change from the OM3’s OF100 model number. The gimbal uses a USB-C connector for charging, giving the OM4 a pretty great battery life of 15 hours while using Bluetooth 5.0 to connect to the user’s device.

There’s also a new bag you can pick up with the Osmo Mobile 4 that looks to be able to carry the gimbal itself, the tripod mount, and a few accessories in the front zipped pocket.

UPDATE: Twitter user @Kanzhaji posted a shortened version of the below video showing the new magnetic clip in action:

According to winfuture.de the Osmo Mobile 4 will be released at just under 150 Euros with varied prices in various regions of the world. The leak also suggests that DJI is ready to launch the new gimbal as everything looks to be in place. DJI is likely waiting for their event coming up in the last quarter of the year and will release the Osmo Mobile 4 alongside other new products, likely the Mavic 3 or FPV drone.