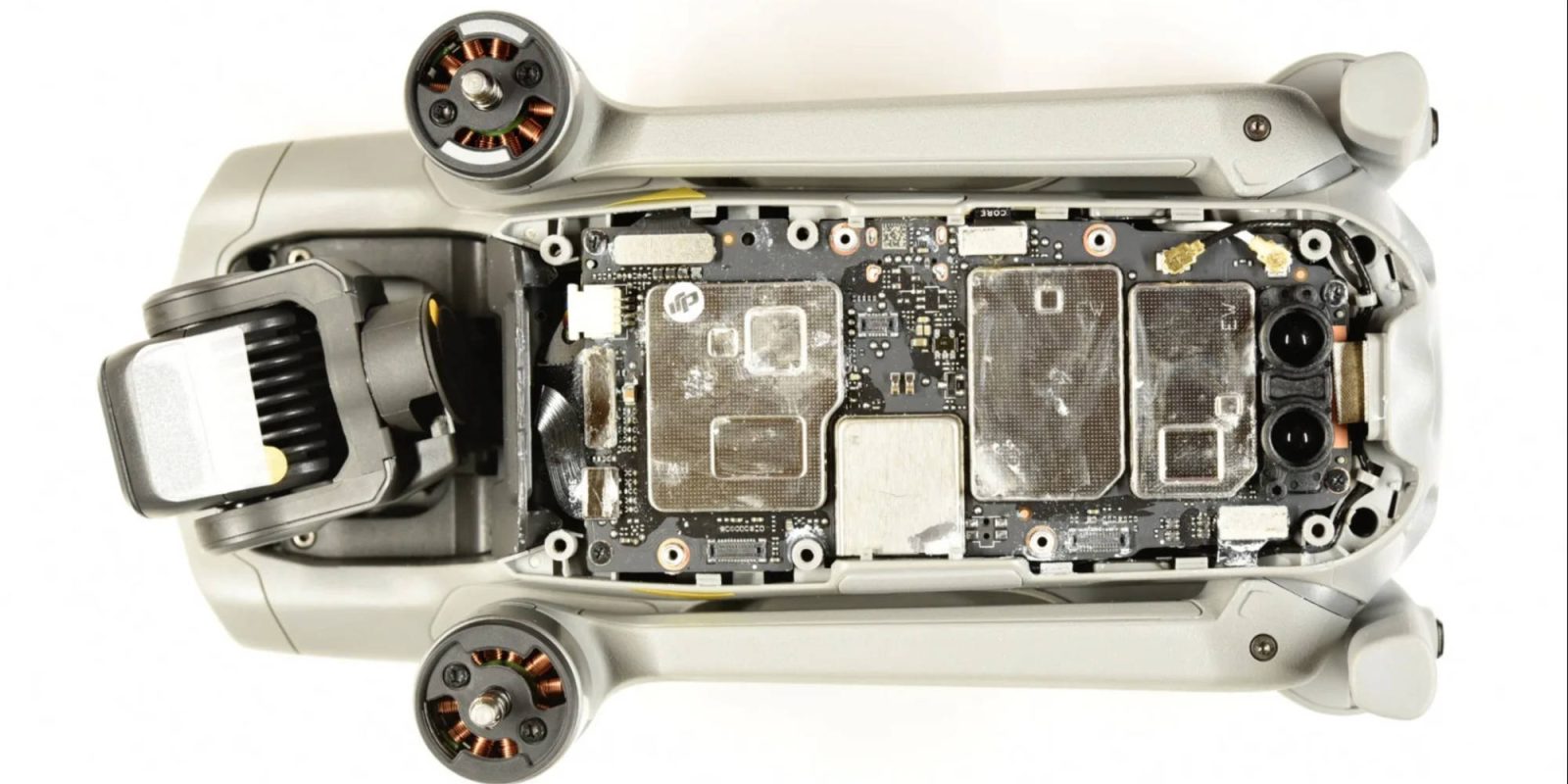 Nikkei and Fomalhaut Techno Solutions recently took apart a DJI Mavic Air 2 with the hopes of finding out how the new drone comes in at $799. The teardown found the Mavic Air 2 materials cost around $135 with around 80% of the components being commodity parts.

The sole part that is exclusive to the MA2 is the semiconductors that control the propellers according to a company official. The drone also consists of a few expensive parts that cost more than $10, this includes the battery and camera.

When we think of a product, we often think that it was made in China or the parts originated from the country. While that might be true for some of the components in the Mavic Air 2, some are US parts. The IC chip responsible for controlling the battery is made by Texas Instruments and the radio amplifier is made by North Carolina company, Qorvo.

While DJI is using some US parts, that might change with the ongoing trade war between the US and China. DJI has had its fair share of privacy issues and accusations made along with the reduction of DJI drones being used in the US military. So far, DJI hasn’t seen it as bad as Huawei has but only time will tell if the drone giant with 70% market share will survive in the US.

Do you think DJI will survive in the US? Or will it have to focus on other markets around the world? Let us know what you think in the comments below.