DJI Mavic controller mod lets you fly with a joystick 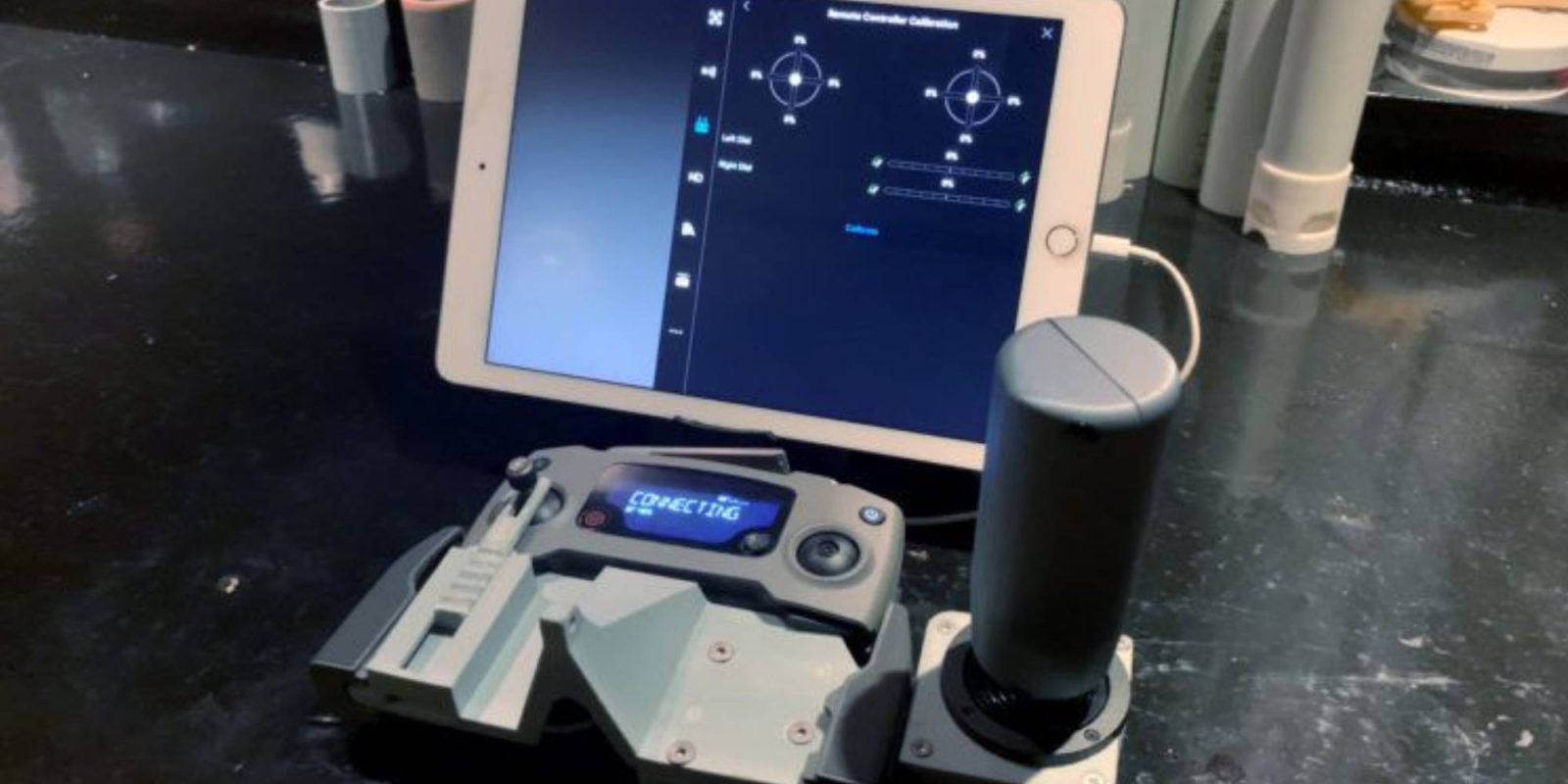 Chris Cameron from DIY Photography has modified his DJI Mavic controller allowing him to fly his Mavic 2 drone with a joystick. To get the joystick working, Cameron was forced to teardown his controller and create custom hardware.

To first see if the joystick mode was possible, Cameron needed to take apart the controller to see if there were any connections he could hook into.

“Looks like I can solder on to the back of the thumbstick connections and access the photo trigger button contacts. So looks good up so far.”

He first started by soldering two wires onto the trigger button responsible for snapping photos. After this, he soldered the two thumbsticks. Once that was done, he had to route the wires out of the case to connect to the joystick.

Cameron found a joystick on Aliexpress that had the full range of motion required and a button that could later be used as a shutter button. To make the joystick fit as seamlessly as possible, Cameron got to designing a 3d printed housing for the wires and joystick to hide in and give it away to mount to the controller.

Creating the controller, Cameron first made a simple design that worked after testing it. But one thing that didn’t work was the trigger button. The Mavic 2’s trigger button needs to be pressed twice, once to focus and again to take the photo. Cameron created a version 2 with a larger trigger button that worked with a more ergonomic design.

Once this was done and tested on the bench, it was time to take it out and fly. Below is a video of the drone being flown with the new controller for the first time. As you can see, once used to the new controller, the footage produced from the drone is very smooth and could even smoother as a result of the much larger control surface of the joystick.

Cameron has also used the joystick controller on a few commercial jobs and shared that he is loving it.

“The large handle joystick allows me much finer granular input over the three axes it controls. (Pitch, Roll, and Yaw) Small movements of the stick equal small inputs and small reactions. Whereas with the original thumbsticks fine movements were much more difficult and hence fine, smooth control was harder to achieve. Not to mention the contortion required of your hand in order to get your thumb on the stick, index finger on the shutter button, and support the remote with the other three fingers.”

Cameron also found the new controller fixed the issue of having to press the trigger button, having the video feed freeze for a few seconds while the drone stays stationary. He went onto say that this isn’t an issue if you’re just hovering, but if you are flying backward capturing a fast boat, it can get scary and a little close for comfort.

It doesn’t appear that Cameron is looking to sell this, but the source files might be released if there is enough traction. You can head over to the original post to see the full build process and see some awesome images he’s been able to capture with the joystick.