Will DJI sell drones without controllers after this DJI Fly update? 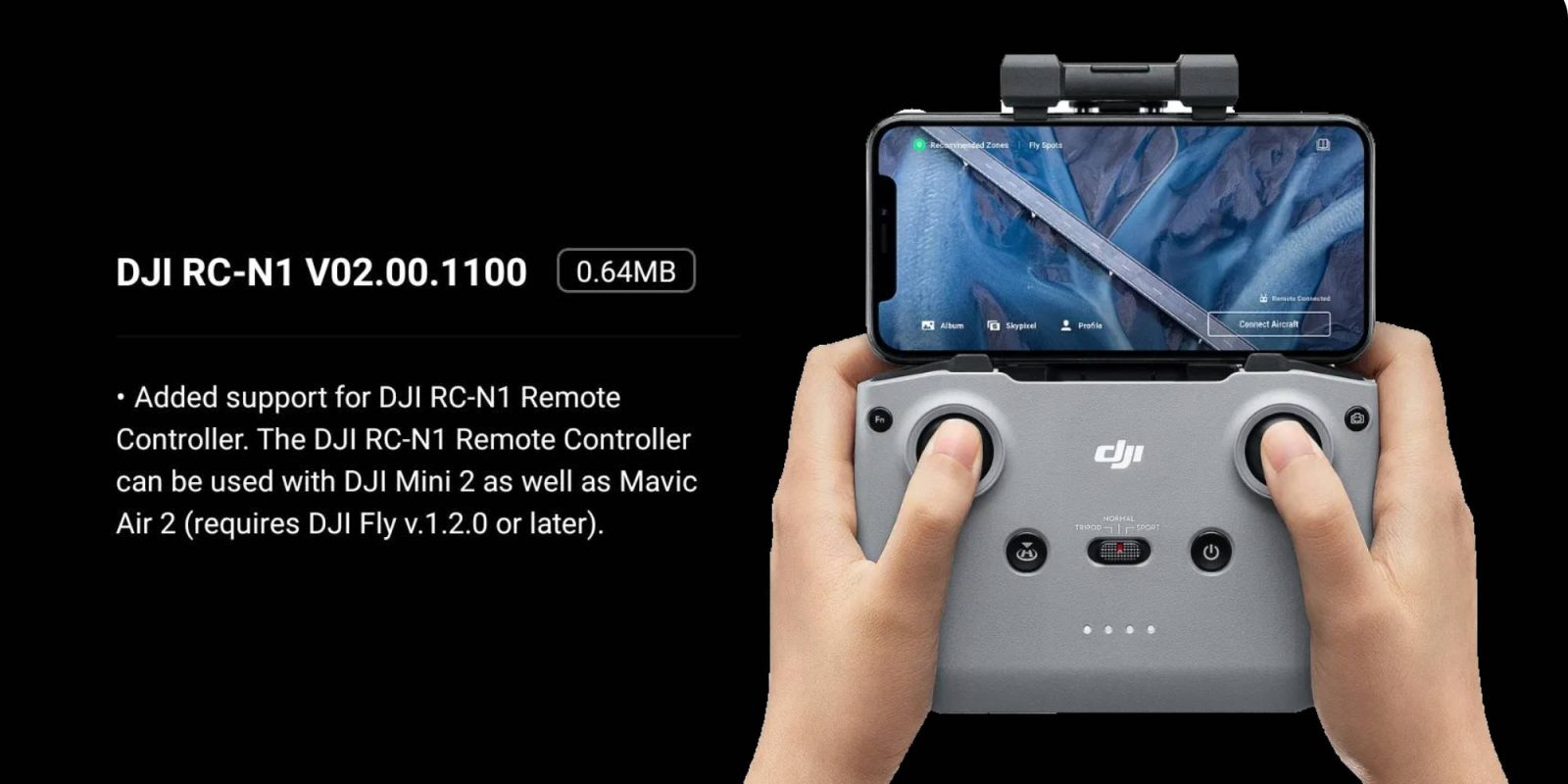 Upon opening the DJI Fly app to go out for a flight, an update appears that lets you use the DJI Mavic Air 2 and DJI Mini 2 with the same RC-N1 remote controller. Does this mean DJI is preparing for the future of selling drones without controllers?

The DJI Fly app was recently updated to version 1.2.0, adding support for the new DJI Mini 2 released yesterday. Today the app has added an update for the remote controller, version 02.00.1100, that comes with the Mavic Air 2 and Mini 2.

The update says it has added support for the DJI RC-N1 controller to be used with the DJI Mavic Air 2 and the DJI Mini 2 as long as you are running version 1.2.0 or later of the DJI Fly app.

I don’t currently have a Mini 2 on hand to see how the new multi-drone feature works, but I assume it will work in the same way the DJI Smart Controller does. Turn on the controller and whichever drone you want to use and begin flying.

To get the update, just head into the DJI Fly app, connect it to your phone, and turn on the drone. You should see an update message on the home screen in the usual top left corner. Click it and wait for it to update.

Last month, when the iPhone 12 officially launched, the world took to social media to ridicule and meme the lack of a charging brick in the box. Apple said they removed it as most people already have charging bricks lying around and don’t need a new one, helping to save the planet from e-waste.

Is DJI soon going to be doing the same with the controllers used to fly its Mavic drones? Many of us that fly drones regularly commonly acquire multiple drones over the years, requiring different controllers to fly each one, unless you use the Smart Controller.

Take a look at the racing drones and DIY drones on the market today. You usually buy the drone and bind it to a remote controller that you already own, no need to purchase a new one. Maybe DJI has noticed this trend along with the iPhone 12 and is wanting to follow suit.

While it looks like a good idea on paper, there’s a bit of an issue that arises if you want to sell your drone — who’s going to buy it without a controller? DJI would obviously have to carefully look at this and decide if it would sell drones with and without controllers, as first-time buyers wouldn’t have a controller either.

What do you think about the update? Is DJI just making it easier for customers with multiple drones? Or will they sell drones without controllers? Let us know your thoughts in the comments below.