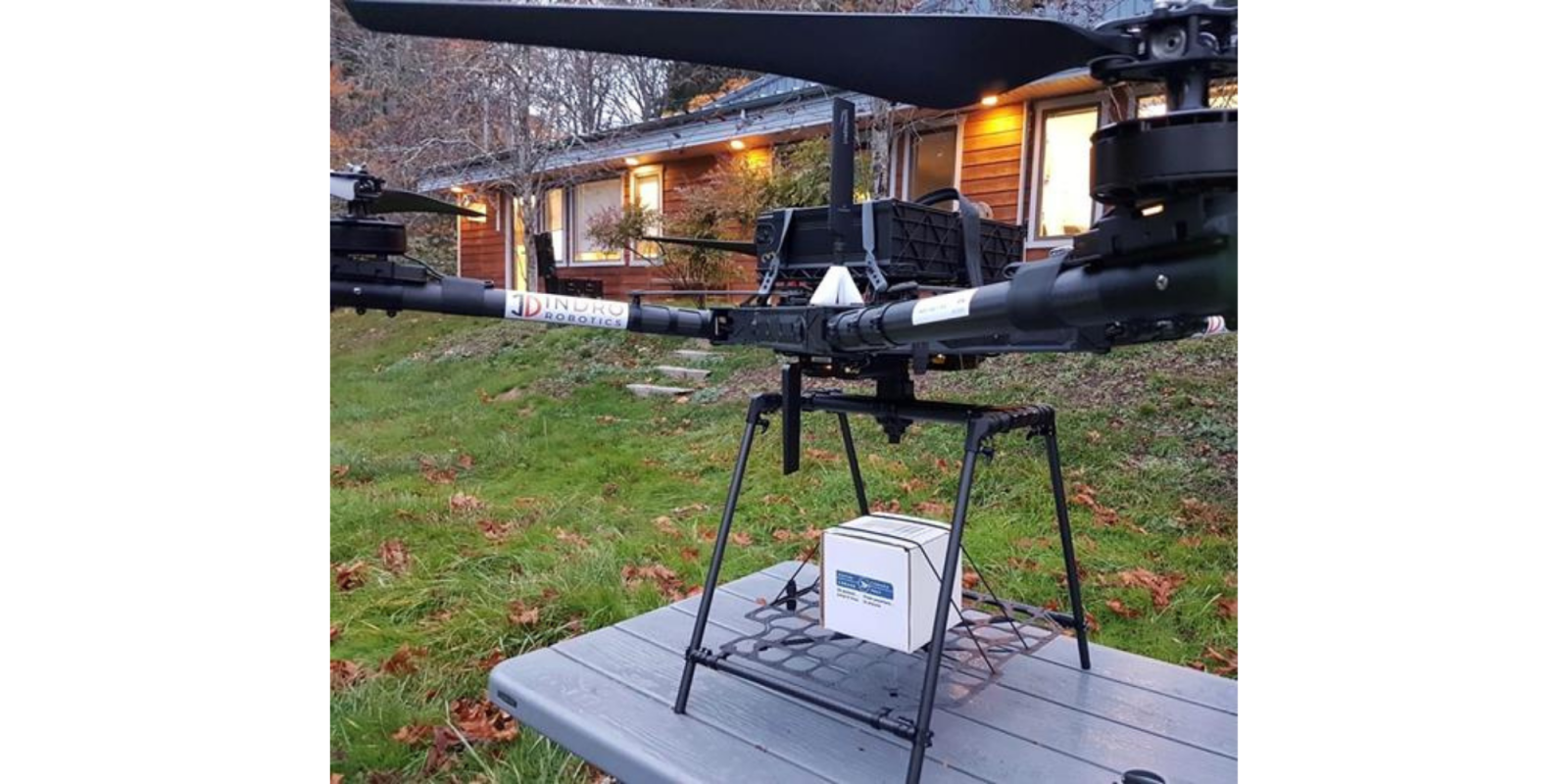 One of Canada’s leading drone companies has scored a huge first: InDro Robotics has obtained a permit to operate as a domestic air service transporting cargo. This is a big deal.

InDro Robotics, a Canadian firm at the cutting edge of drone research and service provision, has been granted permission to carry cargo by air in Canada. This is the same paperwork issued to manned aircraft that transport cargo — except it’s for drones. For InDro, which has been a Canadian leader in Beyond Visual Line of Sight (BVLOS) flight, drones flown over the 4G (and now 5G) networks, and also the delivery of medical supplies during the pandemic, it’s the latest step in its methodical approach to continue pushing the envelope.

It’s also the first time the Canadian Transportation Agency has granted this permission to a drone company in Canada.

For all intents and purposes, what InDro Robotics has been granted makes it the drone equivalent of a cargo airline. Under its Special Flight Operations Certificate (the equivalent of an FAA Part 107 waiver), the company will be able to move goods up to 25 kilometers. It hopes to eventually push that to 200 kilometers. Here’s CEO Philip Reece:

This permission until now has only ever been issued to airlines and paves the way for (literally) much wider range of Drone use. We have had several successful missions carrying medication and other health-related items to remote areas. This new license means we can ship anything up to 10KG (other than people and animals) – important documents, artwork, jewels – basically anything a manned aircraft could.

InDro has long been known for collaborative projects that truly push the needle or the Remotely Piloted Aircraft Systems (RPAS) industry in Canada. This video is an example of one project the company has been involved with:

One of InDro’s drones, its heavy lift Wayfarer, will be shuttling packages as InDro settles into its new capability as a cargo aircraft company. Never one to rest on its laurels, InDro is already eyeballing that 200-kilometer milestone.

Our Canadian researchers and technologists together with the efforts of the CTA, and Transport Canada continue to advance Drone technology at a record pace. We believe in the very near future our aircraft will be able to travel further and with more weight load, expanding Drone capabilities.

InDro Robotics, under CEO Philip Reece, has already made some impressive breakthroughs. In 2018, it invited partners to its Salt Spring Island headquarters in British Columbia for technology demonstrations for Transport Canada These demonstrations included some impressive Beyond Visual Line of Sight flights at a time when they were almost unheard of.

The company has also shown a deep commitment to the concept of Drones for Good. It has helped run trials delivering Automated External Defibrillator devices in rural areas, comparing the time it took to deliver by drone versus the dispatch of Paramedics. Drones have proven consistently faster. In Montreal, the company has transported simulated blood products between hospitals, ensuring that the temperature of those samples doesn’t vary beyond a single degree.

Despite the pandemic – or, in some cases because of it – InDro has had a very busy year:

Over the past few months InDro Robotics has been working closely with regulators, air operators and the Vancouver Island Health Authority to establish a rapid way of providing COVID related Drone support to a number of communities, hospitals and medical centres in British Columbia. And in 2019, InDro Robotics together with Canada Post and London Drugs, were the first to successfully test Drone delivery of emergency medications over the Pacific Ocean. The Drone travelled over the Pacific 6 km in 11 minutes from Duncan B.C. to Salt Spring Island.

It’s been a good spell for InDro Robotics. Last week, at the Umanned Systems Canada (USC-STC) virtual conference, the company was recognized with one of the industry’s most prestigious awards in Canada. InDro Robotics received the Organizational Award for its outstanding and collaborative work advancing the RPAS industry in Canada.

We’ve been keeping an eye on InDro Robotics for some time; we’ll continue to do so.