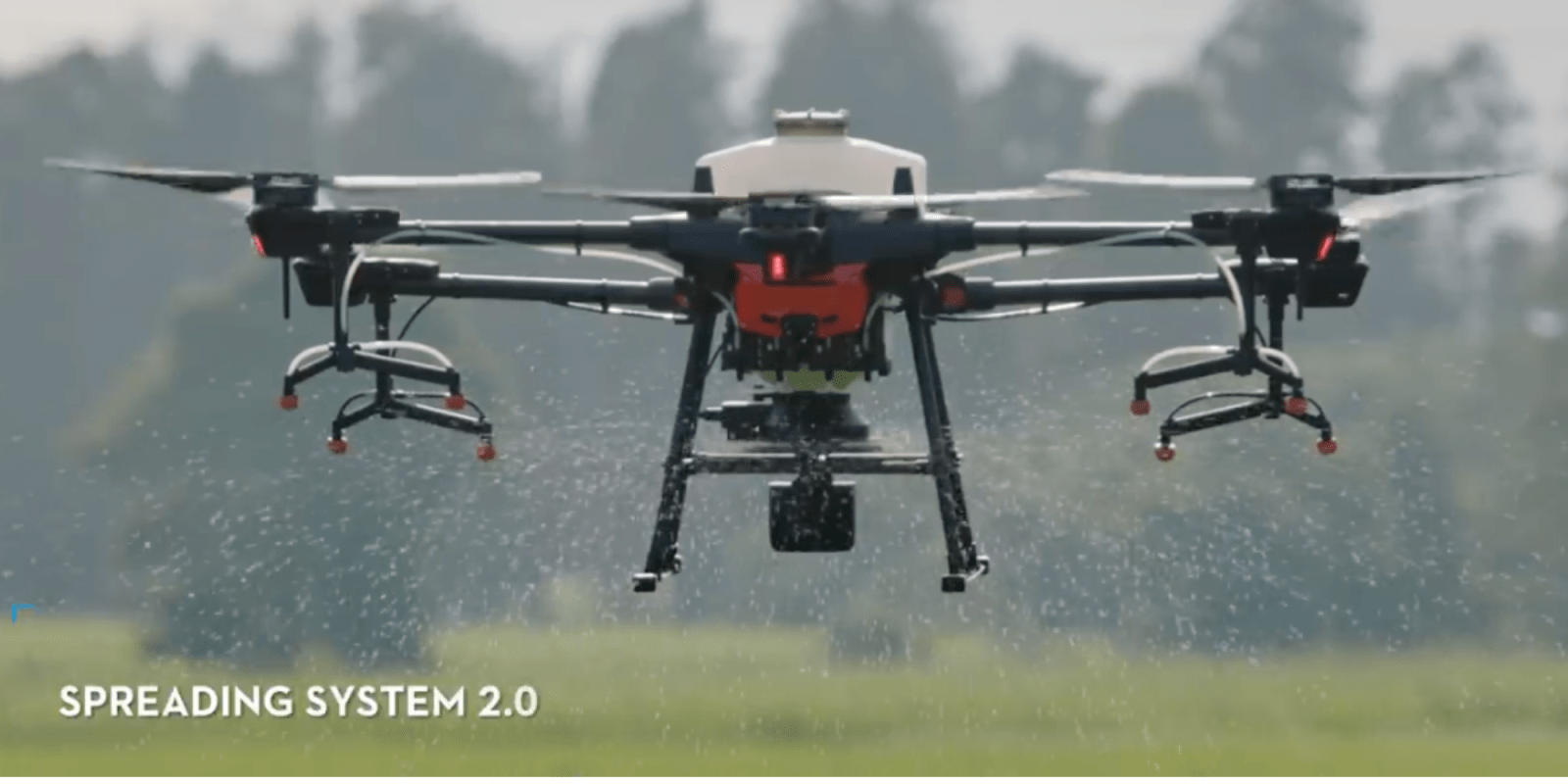 We don’t see much about DJI’s Agras drones in North America. Coverage has often focused on how these machines have been used to fight malaria by spraying insecticide on mosquito larvae. Or, when the global pandemic first broke out, how these drones were being used in China (and in comes cases, by DJI employees), to spray a fine mist of disinfectant in targeted areas. But now comes news of a major sale of the Agras T20, a drone that has only been recently released on the North American market.

In case you’re wondering about the model number, the “20” means it can carry 20 liters of liquids (or even fine fertilizer and seeds).

The machine is also really tricked out, with radar and a controller with Realtime Kinematic Sensors for centimeter-level accuracy. Check it out:

Empire Drone is an authorized reseller of DJI Enterprise products as well as a service provider. It had already sold an Agras T16 (yes, 16 liters) to Alpha Drones USA. With this commitment for 49 T20s — you do the math — that’s a total of 50 drones. The new T20s will be available in January 2021.

And, yes, Alpha Drones does appear to be pleased:

We’re grateful to DJI for naming us the Launch Customer for the Agras T20. This deal will fortify our fleet of spraying drones and lead to a new era of agricultural drone solutions for our customers.

The T20 is highly water-resistant, with an IP67 Ingress Protection rating. In addition to spreading herbicides, fertilizers, and seeds, it can also distribute fish food.

One Agras T20 can spray up to 12 hectares per hour, with the route fully pre-programmed. It can also mesh with data obtained from Precision Agriculture flights, applying more nutrients (or herbicides) in areas where more are required.