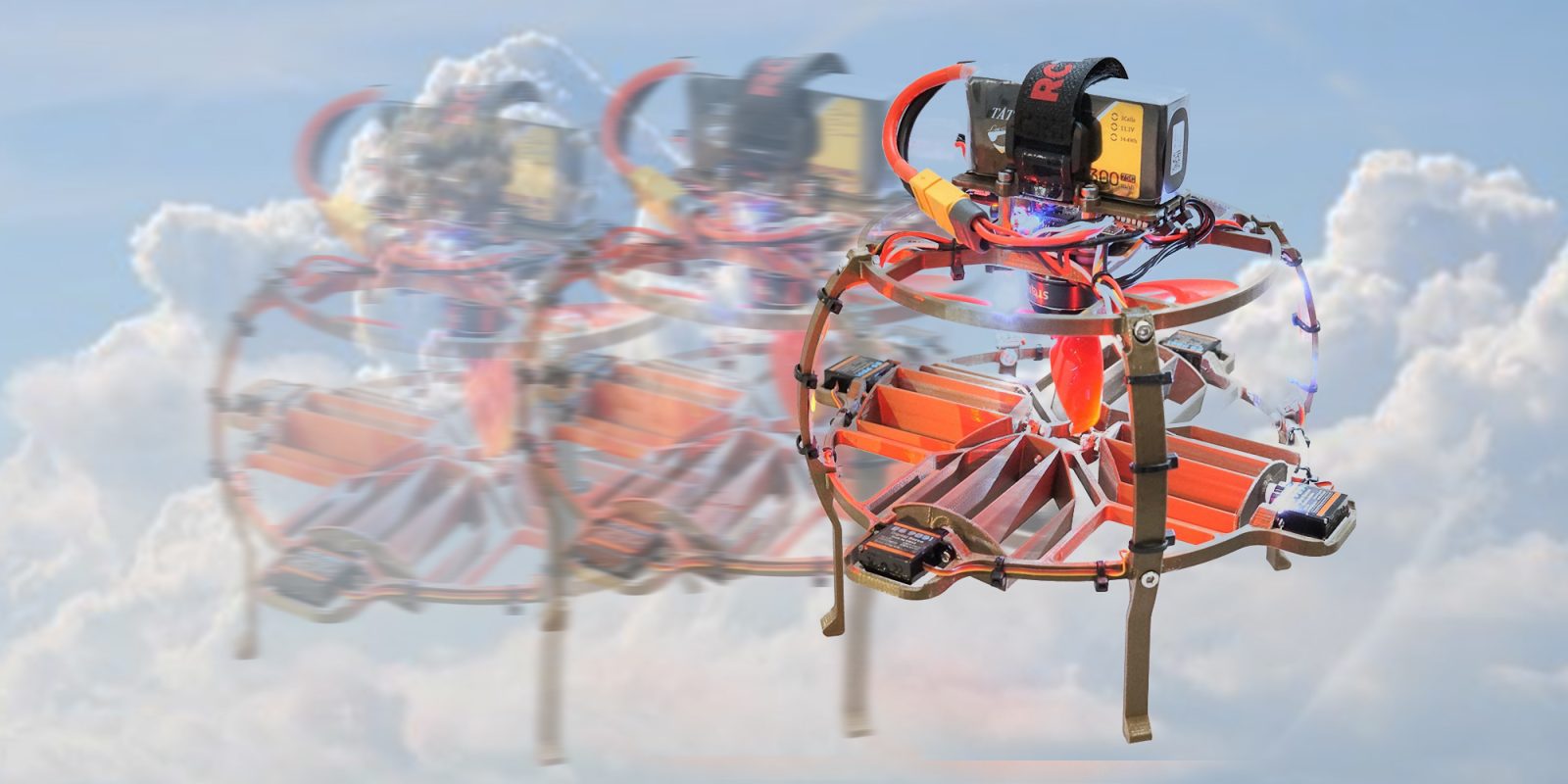 The hobby drone industry has really converged on the quadcopter as its go-to design. But just like birds, drones continue to evolve from their lumbering ancestors. Could evolution have taken a different path? What’s better than four propellers?

How about just one?

Benjamin Prescher’s novel design has been out there for a few weeks, but we just discovered it and thought it was worth sharing it with the DroneDJ community. His single rotor Ball-Drone relies on just one motor for lift, and he controls it with four servo-activated air vanes. Here’s a little video of it buzzing around indoors.

One propeller, do it yourself

Prescher has blogged his entire build on Hackaday including the 3-D printed frame (available on Thingiverse), so you can build your own.

It uses a Raspberry Pi for brains, and the rest of the build relies on off-the-shelf parts as well, like the radio receiver, lipo battery, motor, propeller, and servos.

Since servos don’t cost as much as brushless motors, it should be possible to get a fairly inexpensive do-it-yourself, one-propeller drone airborne.

A kind of helicopter without a tail, it uses the flight control software Betaflight that’s popular in the racing drone community. It seems to keep it stable and steerable. Prescher believes iNav and Ardupilot should work as well.

It’s a neat project. But it does look like it will need work if you hope to take steady video with it.