This Skyguage drone is no ordinary quadcopter 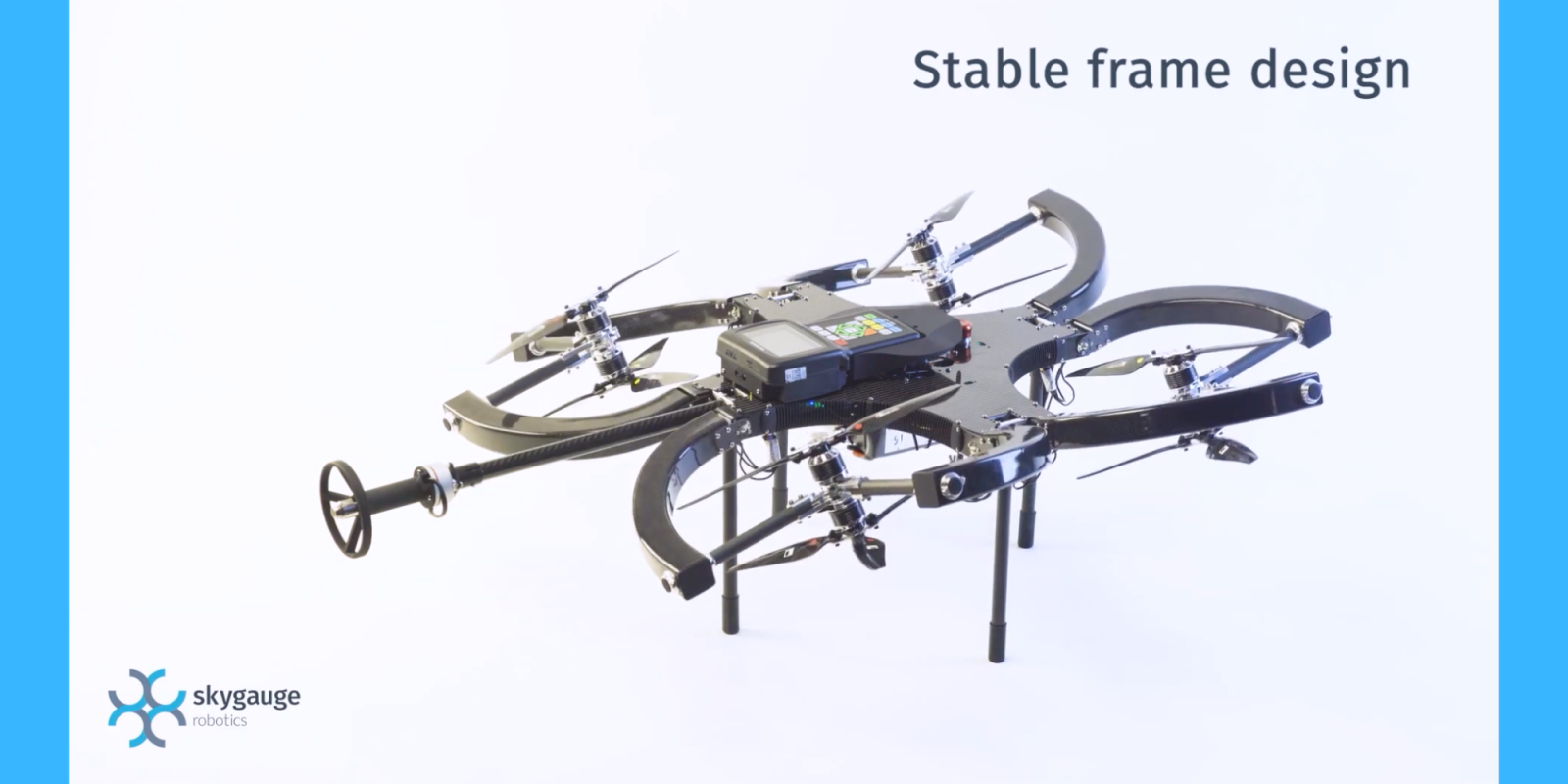 At first glance, the Skyguage design simply looks different. But once you see it in action? Amazing. This drone can fly in ways that others cannot — which is precisely the point.

If we take fixed-wing drones out of the equation, most drones look and function — at least in terms of flight — very similar to one another. Whether it’s four or six or eight motors, the rotors tend to remain at a fixed angle that does not change during flight. (The once-popular Tricopters were a notable exception, with a servo moving the rear motor for yaw.) But with the standard reliable quadcopter design also comes limitations. Unless the drone is in forward (or backward or sideways) flight, the rotors will generally always be parallel both to the horizon — and to the body of the drone itself. We know there are some exceptions, but this is generally the case.

And that’s great, most of the time. But for some applications, more versatility is required.

Before we even get to the design, one of the interesting value propositions about the Skyguage drone is that it can inspect the thickness of walls, pipes, etc. It does so with a special probe that is placed against the surface of the item requiring inspection.

That’s a pretty cool trick. But it gets a lot trickier if you’re trying to inspect the surface of something that isn’t vertical. For instance, how would you measure the thickness of the top surface of a pipe? Or from beneath? That isn’t even possible with a sensor sticking straight out from the head of the drone.

And that’s where the Skyguage design comes in. Let’s have a look:

What can Skyguage drones do?

When it comes to inspection, pretty much anything you want them to. That long probe on the front has swappable sensors, much like end effectors on robotic arms. Want to measure the thickness of a pipe? No worries. Need to check a weld? Can do. Lots of versatility here:

But to really see the capabilities, you need to see this drone in action. Here ya go:

Just like the Flyability Elios 2 has been designed to fly down chimneys, airshafts and mines, the Skyguage Robotics drone has been built from the ground up to be able to fly at angles for challenging inspection work. And the X8 design, with eight motors, gives it enough oomph to hold those sensors firmly against surfaces with the pressure required for a valid reading.