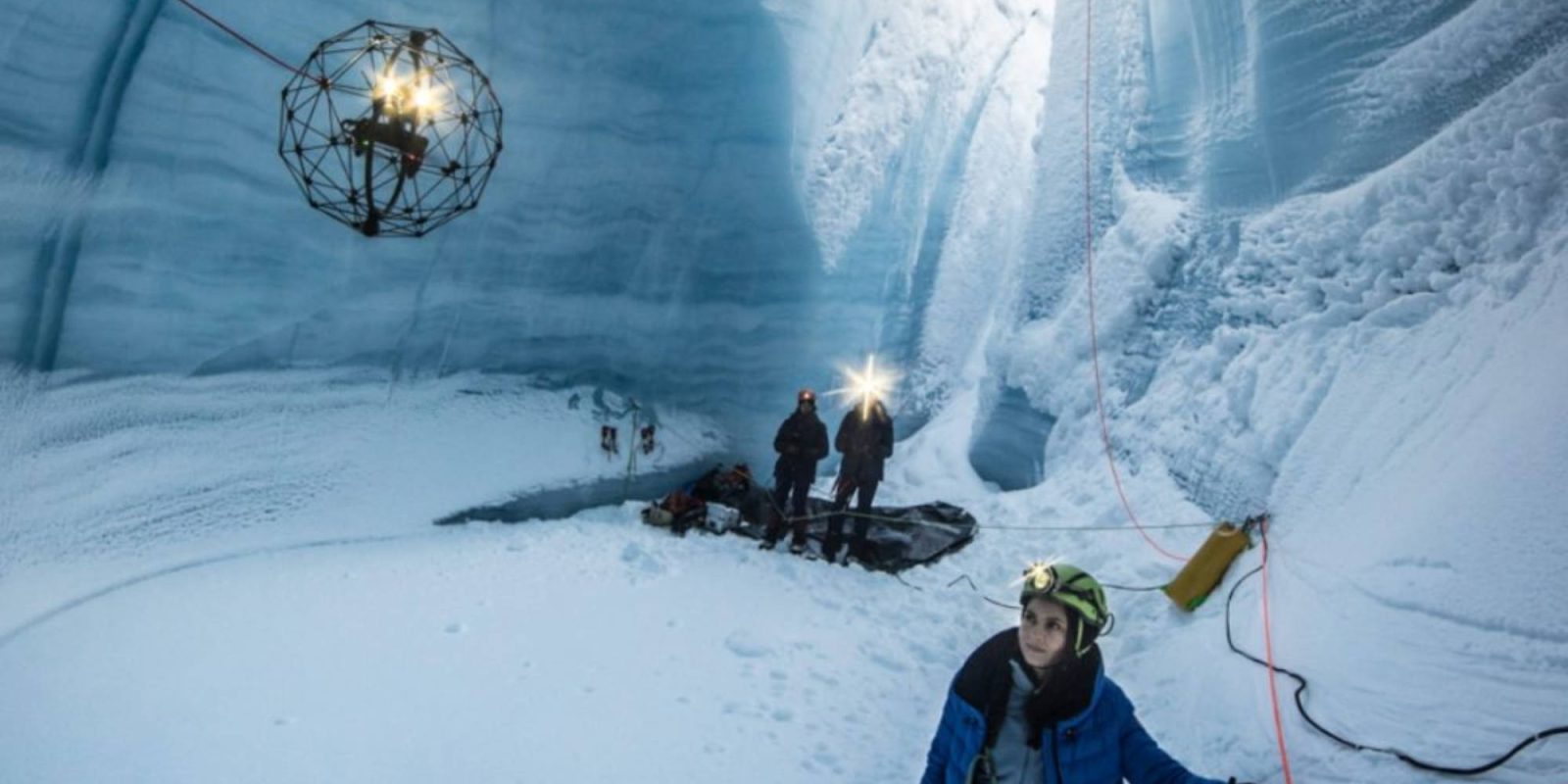 Late last week, drone manufacturer Flyability shared a video of its Elios drone going deep into a Greenland ice cave in aid to researchers. The researches wanted to reach the bottom of the ice shafts to study the movement of water.

Fashion company Moncler sponsored the mission for scientists to explore some of the deepest ice caves in the world. During past missions, people have only ever been able to go down 400 feet into the cave, which is less than halfway down. A simpler and safer option was required.

That’s were the Flyability Elios inspection drone comes in. The team of researchers used the Elios drone attached to a fishing line and slowly flew the drone down to the depths of the cave with ease. The researchers were able to fly the drone down to the bottom of the cave and captured footage using Elios’ on-board camera and lighting arrangement.

Thanks to the drone, the researchers discovered that there is a lake on the cave floor, something they would have never known if it wasn’t for the drone. The researchers also want to use the Elios to eventually explore the depths of Mars and the icy moons of Jupiter.

The Elios drone was perfect for this first of its kind flight as it is surrounded by a cage that makes it nearly impossible to crash it. It is also packed with features that means it doesn’t need a GPS signal to stabilize itself as well as being able to inspect from a specific distance. The Elios also allows the footage captured to be live-streamed to the pilot while capturing 4k and thermal images. It is equipped with a powerful 10,000 lumens of light that can be adjusted to better show imperfections and small details.

Entering a moulin that runs 300 meters deep is very dangerous, especially when the conditions farther down within the shaft are unknown. Thanks to its collision-tolerance and other features we’ve developed to help inspectors fly in challenging indoor environments, the Elios presented a unique solution for explorers to reach the bottom of the moulin.

At Flyability, scientific discovery and exploration are dear to our hearts. The core focus of our work is on creating indoor inspection solutions to replace the need for people to enter dangerous, confined spaces. But we also want to help expand the boundaries of human knowledge by accessing places that couldn’t otherwise be reached, and the Greenland expedition really showcases that aspect of our work.”

You can watch a short video of the exploration below: