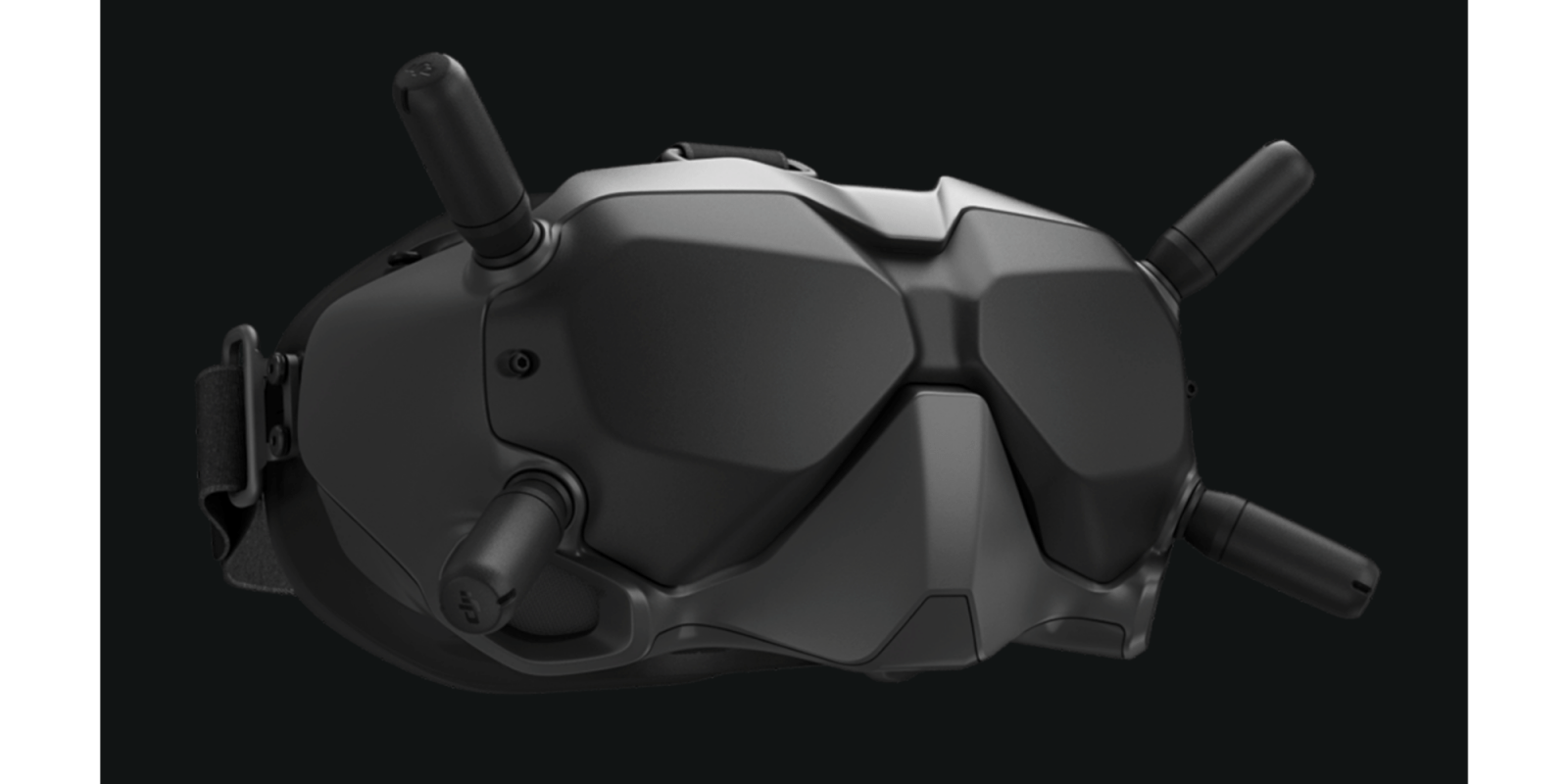 We’re going to go out on a limb and speculate that the impending release of DJI’s FPV drone could come with improved goggles. And we’ll share our reasoning here.

Unless you’ve been on another planet (and these days, that’s not necessarily an unappealing prospect), you’ve been seeing news about the forthcoming DJI FPV goggles. We’ve been watching for leaks, and writing stories whenever there’s a new development. Like many of you, we simply can’t wait to see the thing. But we’ve been focusing so much of our energy on the drone itself that DJI’s FPV system goggles have been kind of an afterthought.

Okay. We haven’t flown with these yet, but we have put them on and watched a recording of a flight that was flown using DJI’s FPV system. And yes, we were super impressed. The quality was amazing, and we immediately understood what all the fuss was about. The video was super clear, and with tremendous detail.

So as much as the new drone is interesting, let’s remember that this is a combo package: Drone, goggles and controller. And the goggles are an absolutely essential part of the overall value proposition.

Ask anyone from the FPV racing community, or creators who are flying CineWhoops. They’ll tell you: These goggles are astonishing — especially when compared with the analog FPV goggles that have traditionally owned the market. The difference is clear the moment you put them on. It’s a bit like jumping from an old tube television (anyone remember those?) to an HDTV. Seriously, the difference is that great. And so the DJI FPV goggle system is an essential part of this impending system.

What makes them so great? Let’s have a look. We’ll start with some of the key features that make these goggles so appealing:

Now, let’s take a look at what DJI says makes these so special:

The DJI Digital FPV System was designed for the drone racing industry. It consists of the DJI FPV Air Unit Module, DJI FPV Camera, DJI FPV Goggles, and DJI FPV Remote Controller, all of which are packed with powerful features and serve a significant role in the development of our HD Low Latency FPV system. We have redefined drone racing, delivering lower latency rates, stunning HD resolution, and, most importantly, an unforgettable FPV flying experience.

There’s an interesting line in that paragraph. Maybe we’re reading too much into it, but have a second look at this part: “…all of which are packed with powerful features and serve a significant role in the development of our HD Low Latency FPV system.” This feels to us like ongoing development. Otherwise, wouldn’t you want to write: “…served a significant role…?”

Maybe we’re being too picky. Plus, we have to assume companies like DJI are constantly trying to improve even great products. But we’ve seen a few rumors out there that DJI is preparing a refresh on those goggles. We’ve even seen some renderings of what some believe the new goggles might look like, though these are renders produced by people in the FPV community and not leaked DJI photos. We have no information that a second generation of goggles is on the way.

We have noticed that you can’t buy them right now. This is what we found on the DJI site today when we went to the “Add to Cart” section:

Why out of stock now?

This seems odd to us. It’s Christmas. DJI knows how to handle its inventory (except when it’s trying to rush a product to market, as it did with the Mavic Pro to beat GoPro’s release of the ultimately abominable Karma). It plans ahead for surges in demand. It knows its market. So why out of stock?

Well, you could argue that people are just buying them up, as they did every time the original white goggles came into stock. But really, with the release of a combo package with an FPV drone around the corner, does this make sense? Wouldn’t at least some of the people considering a purchase like this want to just hang in there for a bit until the new package was released? We’d think so. So it appears, well, unusual.

How could they improve the goggles?

We’ll take a deeper dive into this later. But one thing that comes to mind is a real-time video out option. That could be in the form of a fixed connection like an mini-HDMI output. Or — and we kind of like this idea — a wireless transmission system.

What do we mean by that? Think how cool it would be if other people could take out their smart phones and pick up a live feed? Wouldn’t that bring others into the action far more than watching a pilot sit their with their goggles on?

What’s more, wouldn’t features like these open these goggles up to wider adoption within the hardcore racing world — as well as entice those watching the feed to consider their own purchase?

We stress again: We don’t know what’s coming from DJI. But we have an overall decent track record with speculation on new products. Sure, sometimes we’re wrong. And maybe we are here.

But consider for a second: What if we’re right?

We’ll find out sometime soon. Just how soon? Your guess is as good as mine.