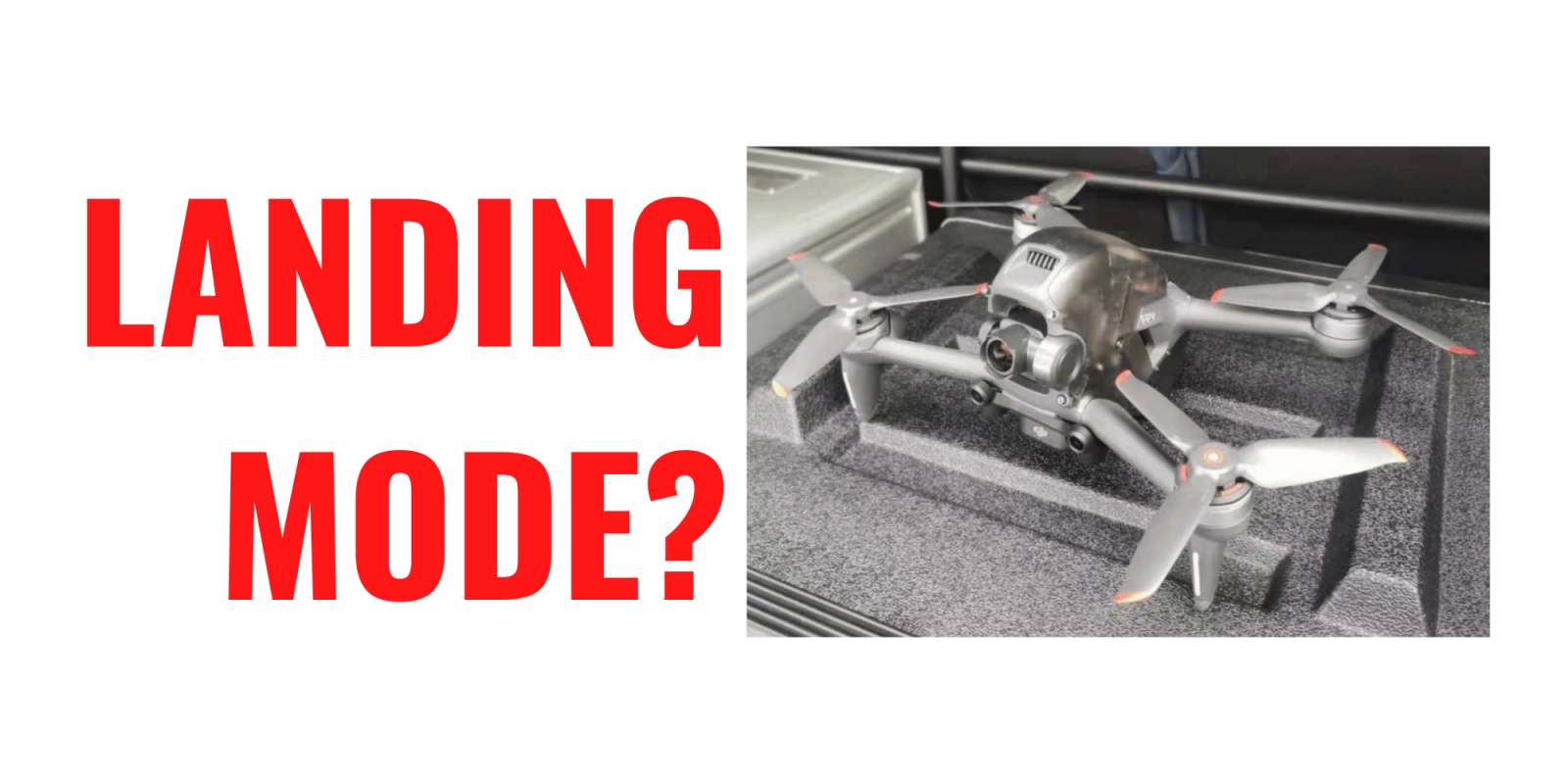 Hey there. The release date – whenever it is – is getting closer. So the time feels right for another thought on what we believe will be a likely feature for the forthcoming DJI FPV drone.

We’ve already laid out our thoughts, more than once, on what we think the new DJI FPV drone is likely to offer as a feature set. We’ve talked about GPS, position hold, RTH – the ability for this drone to fly in the rock steady modes that DJI pilots have come to expect. We’ve also said, repeatedly, that this drone will be a hybrid, capable of also flying in rate mode (or whatever DJI calls the equivalent), the kind of “sticks-on” flying the requires constant adjustments to keep the drone in the air.

But we thought of another feature we predict will be there: a landing mode.

If you fly FPV, you’ll know there’s something of an art to the landings. Because you’re in rate mode, there’s generally no silky-smooth landing. Now that’s fine for people who are skilled FPV pilots; they know to bring it in as close to the ground as possible and either touch down, or kill the thrust just above the ground. Plop. The drone lands.

That’s easy enough for someone who already flies FPV. But what about a beginner? Or, let’s say, someone who’s confident enough to fly in rate mode but doesn’t have a lot of experience bringing it in to land? Perfect recipe for chewing up props – possibly more. That’s where we believe DJI will have another trick up its sleeve.

In all the images we’ve seen so far, we haven’t seen the bottom of the drone. But we have seen the front, and it has what we think are obstacle avoidance sensors:

Downward-facing sensors have become pretty common on the DJI line. If the FPV drone is, as we believe, a hybrid that can offer many of the safety/convenience features of standard DJI products, then why not include them here?

Taking that a step further, picture a beginner getting their feet wet with FPV flight. Assume they’re in angle mode, constantly adjusting sticks to keep it in flight. They’re coming in to land. Why not give them the option to simplly auto-land instead of trying to stickhandle it to the ground? It only makes sense.

We anticipate there will be a simple landing mode that can be easily accessed from the controller; one flick to move from Rate mode into an auto-landing that will set the craft down easily.

At least that’s our theory. Like everyone else, we’ll just have to wait and see.