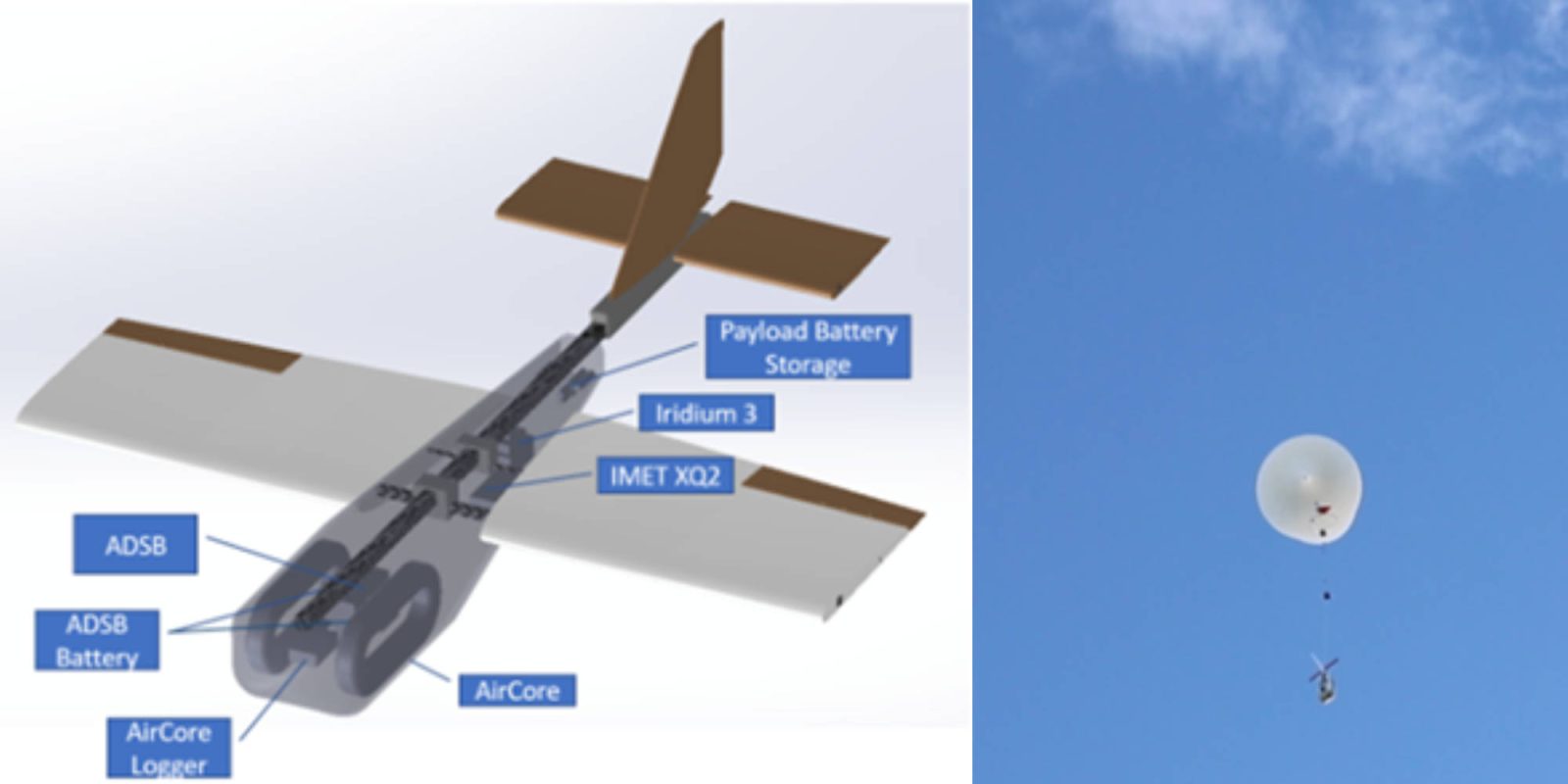 The National Oceanic and Atmospheric Administration (NOAA) is gearing up to test its high-altitude greenhouse gas sampling drone. The drone will allow the agency to improve its testing and complete testing in more remote locations.

The NOAA has been using a weather balloon-type system to collect high-altitude greenhouse gas samples for some time. An issue with this is that the sample has to be picked up within a short amount of time, limiting the areas that can be tested.

The NOAA has been working with the Uncrewed Systems Research Transition Office (USRTO) and Arizona State University for the last two years to develop a method to solve this problem. This method is the new High-altitude Operational Return Unmanned System (HORUS).

The drone or HORUS also uses a balloon to send it to the correct altitude. Once the gas sample has been collected, the balloon pops, and the drone glides its way back down to the recovery location. This allows the greenhouse gases to be sampled from various locations and essentially fly back within a small timeframe.

The portable, 6-foot wingspan HORUS underwent successful testing under a battery-powered propeller at low altitude for autopilot tuning and testing of its parachute deployment system in early 2020. Following these low-altitude tests, it was also necessary to test the HORUS in its typical operating environment. That is, at high altitudes where low temperatures and air densities can present issues for control surface functionality and electronics performance.

The drone is now in its final testing phase before going mainstream within the organization. It must undergo various test flights following different patterns below 10,000 feet before making its way to high-altitude testing at 95,000 feet.

These flights are meant to verify the functionality of the Uncrewed Aircraft System as well as calculated flight characteristics and, pending FAA acceptance for flight in unrestricted airspace, will bring the platform one step closer to future operational use by NOAA.

The National Oceanic and Atmospheric Administration has been using drones for various missions over the last years. The most notable one is its autonomous ocean drones. The drones are being used to survey the number of walleye pollock in the Bering Sea, one of the nation’s largest and most valuable domestic fish. The researchers hope the drones will produce some key data in estimating numbers for the 2021 fishing year. To complete the job, the drones have been equipped with acoustic sensors.

The drones’ second thing will be monitoring the weather patterns to better predict storms in the Arctic. These drones are also equipped with wind, solar radiation, salinity, and temperature sensors that stream data back to the World Meteorological Global Telecommunications System (GTS) for later use. Along with the three drones, the US Navy and its partners will deploy 30 drones into waters known to have hurricanes to measure various types of data in the hopes of better understanding future hurricanes.

The drones will also be used to map the seafloor of the Arctic North Slope. The purpose of this mission is to test NOAA’s ability to use technology to create more extensive maps of the seafloor.