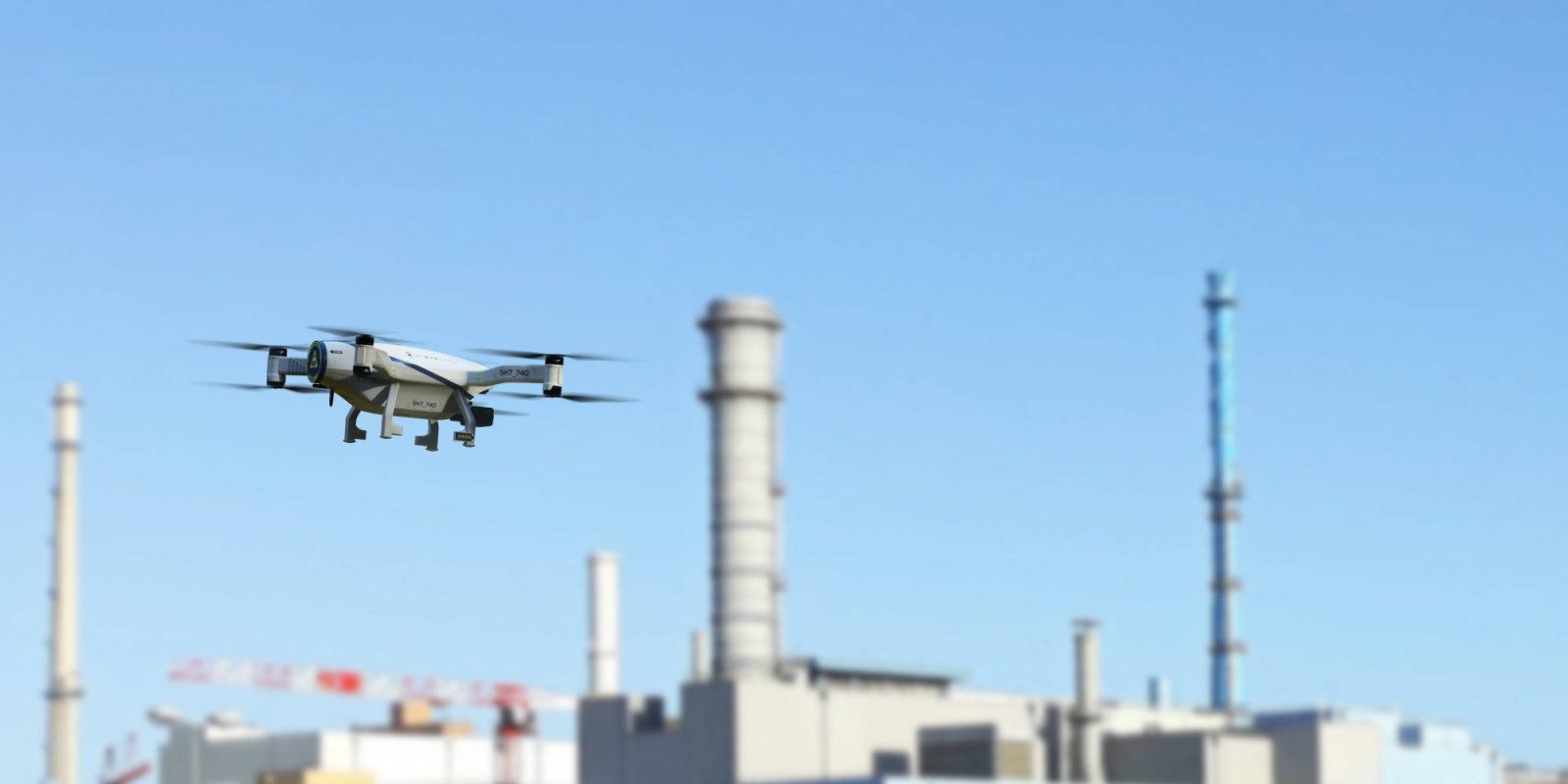 Autonomous surveillance and inspection drone company Azur Drones has tested its Skeyetech drone-in-a-box at the Orano La Hague nuclear fuel site in France. The drones will aid the security and surveillance team currently deployed at the site.

Due to the nature of the site and the materials being recycled, a team of 500 people keeps the area secure 24/7, adding operational costs. The 500-person team is human, so reaction times to a possible breach aren’t the quickest.

Over the past few weeks, Azur Drones has had its Skeyetech drone-in-a-box solution carrying out daily surveillance and inspection missions around the site. The drone is controlled by the security team, which doesn’t need a pilot’s license to operate it as it is 100% autonomous.

The security team only controls the camera on the drone to point in the direction of choice. This allows costs to be dramatically reduced compared to other drone solutions on the market. The drone has made it much easier for the hard-to-reach and remote areas to be checked in less time.

La Hague is a site that has high levels of protection, with over 500 people dedicated to security and safety. It is constantly seeking improvements in these fields. As drones offer unrivalled reactivity and vision capacities, we quite naturally wanted to test this new tool as soon as the autonomous technology made it possible to simplify their use.

The security team has also realized how much faster the drone’s response time is compared to officers and ground vehicles. The drone can fly above ground-based obstacles and head directly to the incident scene. This also gives the units coming from the ground better situational awareness of what’s happening.

We are proud to support Orano in automating its security and safety missions. The use of our tool by a major nuclear site is a great achievement for the entire Azur Drones team as it confirms the maturity of our autonomous system and our capacity to meet the highest safety standards.