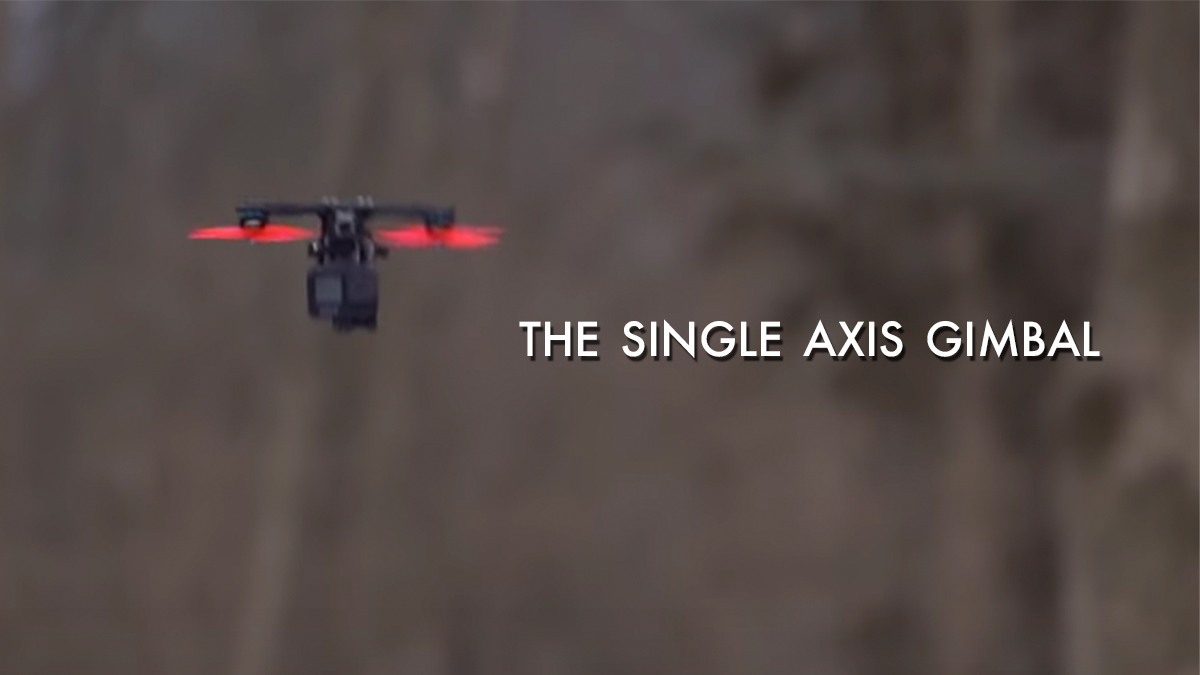 If you are familiar with Racing Drones or FPV drones, you may know that these things are fast and agile. Sometimes watching footage from this perspective feels like you are on a crazy roller coaster ride. Yet, all this is becoming a new wave for aerial cinematography.

Flying FPV drones is nothing short of a thrill. It feels like you are a bird able to maneuver freely through the sky. When you film with these drones, challenges may arise when it comes to getting a clean and stable shot. All this poses a solid question: if these things fly so crazy, how can the shot be stabilized without affecting the video quality?

For years, action cams have been mounted directly to the frame of the FPV drone. Honestly, this method is quick, low risk, and works extremely well. All you do is set the pitch of the camera, tweak your settings, and you are off. Action Cams these days tend to have really good digital stabilization and can capture great shots right out of the camera. The DJI Osmo Action, GoPro Hero 8/9 Black, and Insta360 cameras are most popular. They are also all capable of shooting 4K at 60+ fps.

Pilots who are picky with the cinematic look of things may fly without stabilization. This allows them to use other software in post-production to smooth the footage. Some people in the FPV community have also messed with servos and gimbals to further stabilize the action cams footage. Installing this also adds additional cost and risk if the drone were to crash. Therefore, if you plan to put a gimbal on your drone, you may be someone who already films a ton and sees potential in that little extra bit of stability.

Nurk is a professional DRL Pilot with countless hours in the FPV hobby. Recently, he has been flying larger cinewhoops and rigs that can carry a RED camera. It takes a skilled and trusted pilot to do these things. So let’s see what he has to say about the single-axis gimbal and why he’d use one.

How can a Single Axis Gimbal help Stabilize?

Popular DJI drones like Mavic 2, Mavic Air 2, and Mavic Mini 2, all use a 3-axis gimbal. This allows the camera to stabilize very well even if the drone is moving around a bit. The gimbal on these drones is there to reduce vibration, smooth the shot, and allow the user to control the movement of the camera.

As seen in the clip above, a single-axis gimbal stabilizes the camera on just one axis. In this case for FPV flying, the gimbal would stabilize the roll axis. By doing this, the horizon line would tend to stay flat as if you were flying a DJI drone. What would be the benefit of having a single-axis gimbal if you do not control the axis like you would with a standard DJI gimbal?

As Nurk mentioned, when the camera is mounted in a fixed position during those sharp turns, it may be uneasy on the eyes and or shot. This gimbal would help lock in that horizon line and essentially make the roll axis appear buttery smooth. On top of that, stabilization software like ReelSteady won’t have to scale in as much when sharp turns are made. This typically eats up a lot of the frame, and if you were tracking a subject, they could go out of frame. This is where shooting with FPV takes practice from experience when it comes to getting the shot you have in mind.

I think that this solution is genius. Though it really depends on the shot you are getting, there are a lot of benefits to the single-axis gimbal. The most magical part about FPV is becoming one with your equipment. Innovation like this exists because people really care about how they want things to look. They have a vision that they would like to achieve. Therefore, an FPV Pilot who sees the use in a gimbal for his/her flying can always know about it or have one in their kit.

It is fun to see tools like this being brought back to life. I really think there is some potential here. In fact, I am waiting to get to the point where you can have full 360 camera control on FPV like you would with Inspire 2. I think figuring out gimbals on FPV is a big leap forward for pilots and filmmakers.