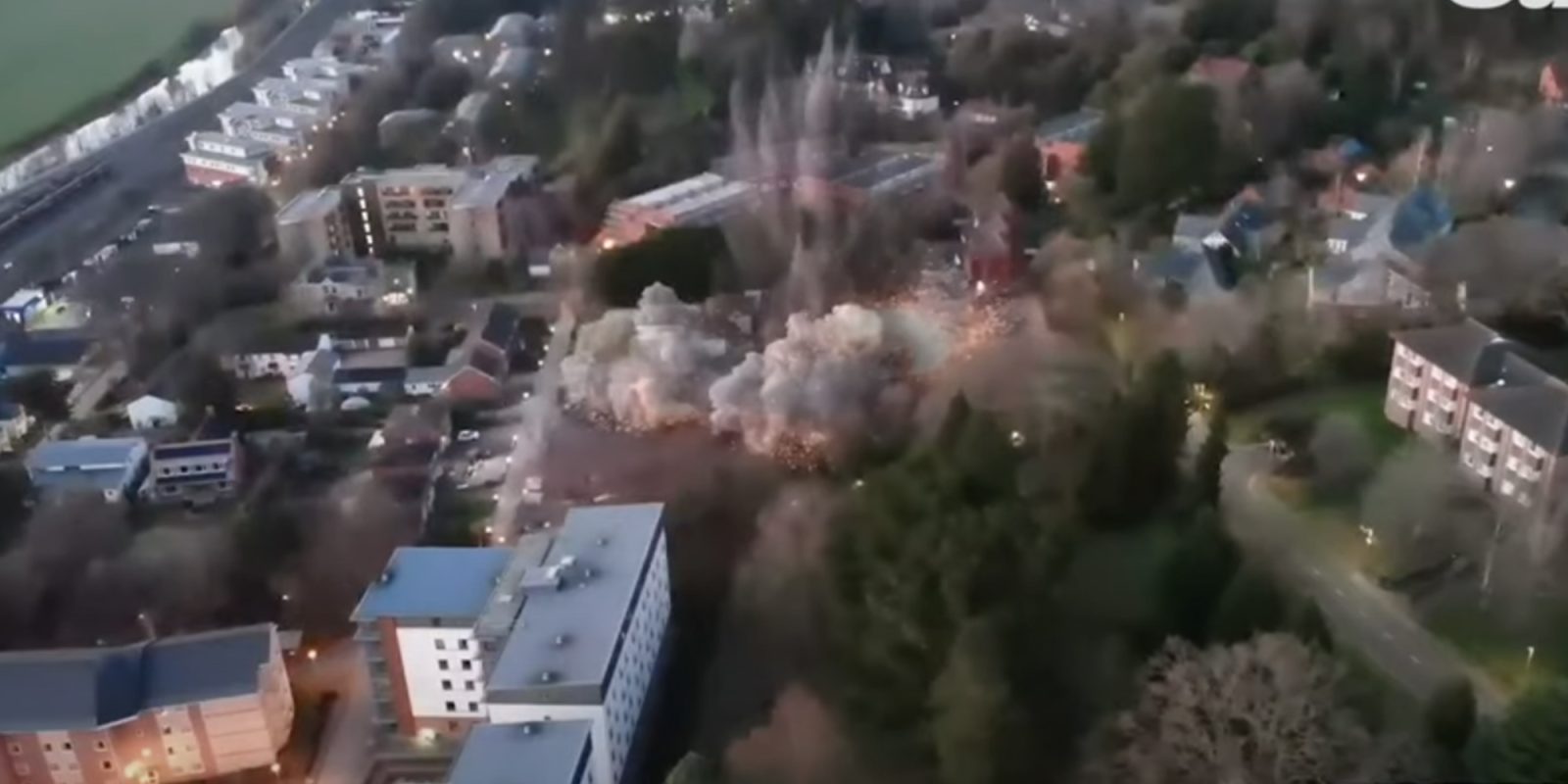 A terrifying sound and sight from the Second World War returned to Exeter, England, over the weekend. A drone was there to record a Royal Navy team’s detonation of an old Nazi bomb.

Construction workers discovered the device on a building site near the University of Exeter. It’s believed to be a 1,000 kg Hermann bomb dropped from a Nazi plane during the 1940s.

About 1,400 university students and residents at 2,600 properties cleared out as the Navy team set up a 400-meter cordon.

To help control the blast, the disposal team dumped 400 tonnes of sand and built walls around the site. It wasn’t quite enough. Police say some buildings sustained structural damage, including blown-out windows and cracks in brickwork.

Detonation of an old Nazi bomb

The blast spread debris at least 250 metres and left a crater the size of a double-decker bus.

A crane removed debris from nearby roofs, some of it metal the Navy used to help mitigate the explosion.

Many residents had still not returned to their homes by Sunday.

Exeter sustained a number of raids during the war, but the worst night was May 3, 1942.

According to Devon Live, a 20-plane raid left 156 people dead and more than 583 injured. It took four days to get all the fires out.

Authorities intervened to detonate this bomb, but occasionally these things go off all by themselves. We’ve reported before on how drones can be useful in documenting the damage.

If you’re stunned by the power of an 80-year-old bomb, you might want to check Bombsight. It’s an interactive map of all the bombs that stuck London during the Blitz. Exeter’s miseries pale to what the British capital endured. It’s wonder there’s anything left to see of old London town.