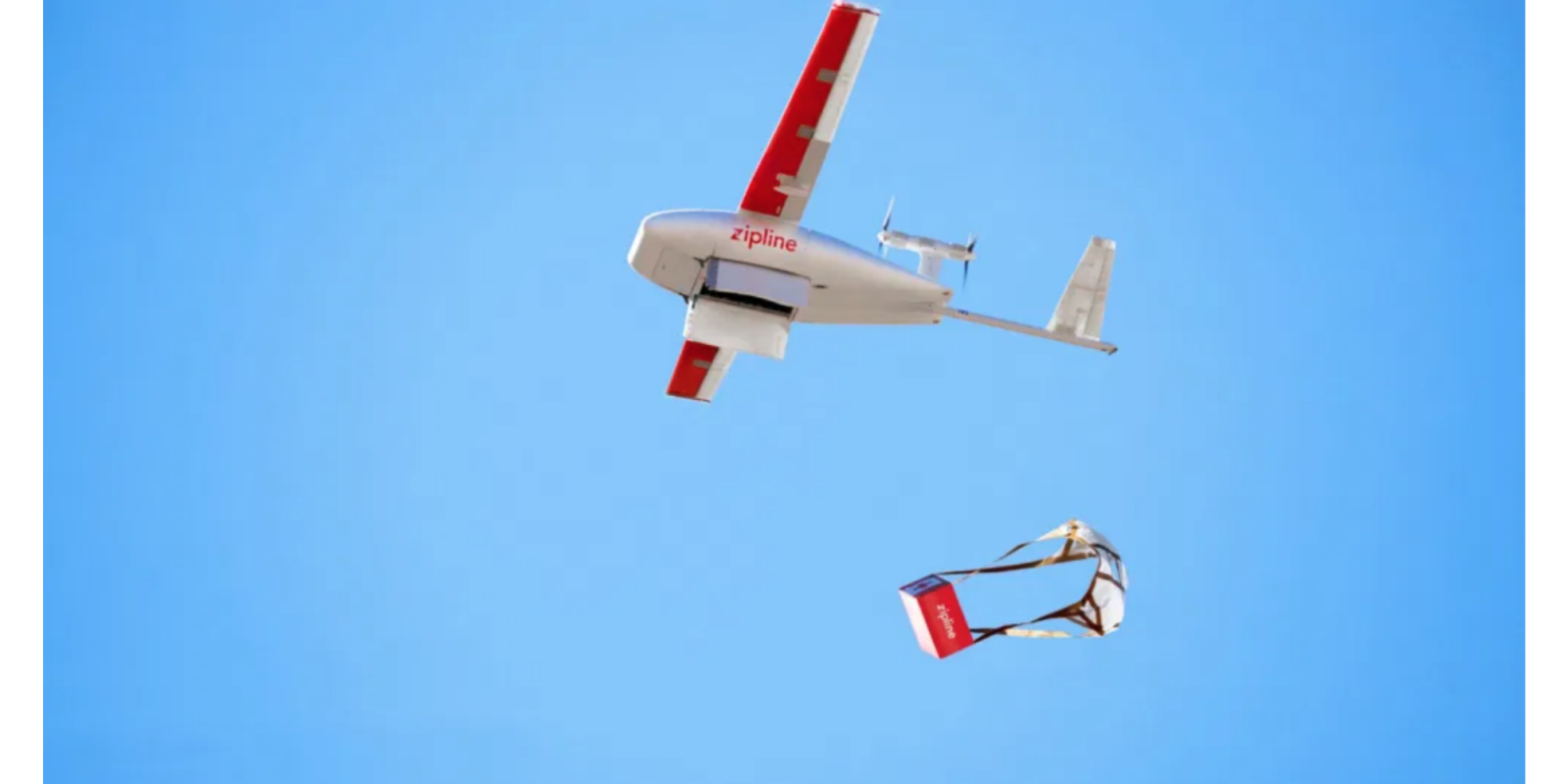 Zipline, a global leader in on-demand delivery of medical supplies that runs its system like an airline, has announced a partnership with Toyota Tsusho Corporation, a member of the Toyota Group. It means the Zipline model will be operating in Japan, delivering medical supplies to even remote parts of the country.

Zipline made a name for itself – and a great one – through its work in Rwanda. By shipping critical medical supplies on demand with its fixed-wing drone, it’s been able to get medicines, blood products, and more where they’re needed and vastly more quickly than via ground delivery. The system runs like clockwork, and the company recently expanded operations to Ghana. It’s also doing some delivery work in the US.

The partnership with Toyota Tsusho will begin by looking at delivery options of pharmaceutical supplies and other critical medical supplies to remote areas, including islands – with an eye to eventually expanding to other use-case scenarios. Someday, suggests the release, Zipline drones could be making deliveries throughout Japan.

This wasn’t exactly out of the blue. Toyota Tsusho had previously invested in Zipline.

We first invested in Zipline three years ago because we strongly believe their technology has the power to reimagine how health systems deliver care to people around the world. Zipline’s model has proven systematic impact, and we are thrilled to bring that same innovation to support the communities of Japan.

Zipline really has its system down to a fine art. Supplies are quickly loaded into boxes equipped with parachutes and dispatched by a central command system that’s a bit like an Air Traffic Control center. With a launch assist, the electrically-powered aircraft are soon on their way. When they reach their destination, the cargo is dropped at a pre-arranged time and location by parachute.

And yes, they really do deliver. Check out what the company has accomplished already in Africa. Zipline’s drones have:

That is absolutely stellar.

Our mission at Zipline is to provide every human on earth with instant access to vital medical supplies. This partnership with Toyota Tsusho is the first step in delivering on that promise for the more than 120 million people in Japan. We live in a time where equal access to medicine has never been more urgent and imperative, and our two teams share a commitment to finding new ways to help solve the problem.

This will be different from Zipline’s previous ventures. Toyota Tsusho will run the operation and distribution center, using Zipline’s aircraft and system.

This partnership follows Toyota Tsusho’s investment in Zipline in June 2018 and is part of the company’s NEXT Technology strategy intended to support new innovation in mobility. The companies have also partnered in Ghana, where Zipline delivers medical products from Gokals-Laborex Limited – Toyota Tsusho Group’s pharmaceutical distributor — to hospitals across the country.

Toyota Tsusho was founded in 1948 and is the trading company of the Toyota group. It operates in more than 120 countries with some 66,000 employees.

We’ve been following Zipline since the beginning. We’ve always believed that its kind of mission truly epitomizes the #dronesforgood hashtag. Its flights in Africa save lives and ease suffering on a daily basis. And, in our minds, anywhere you can spread that kind of ability on the planet is fantastic.

We look forward to seeing this venture turn from today’s announcement to bricks and mortar and propellers and will update you when that happens.