Is this leak a Mavic 3 drawing… or a fake? 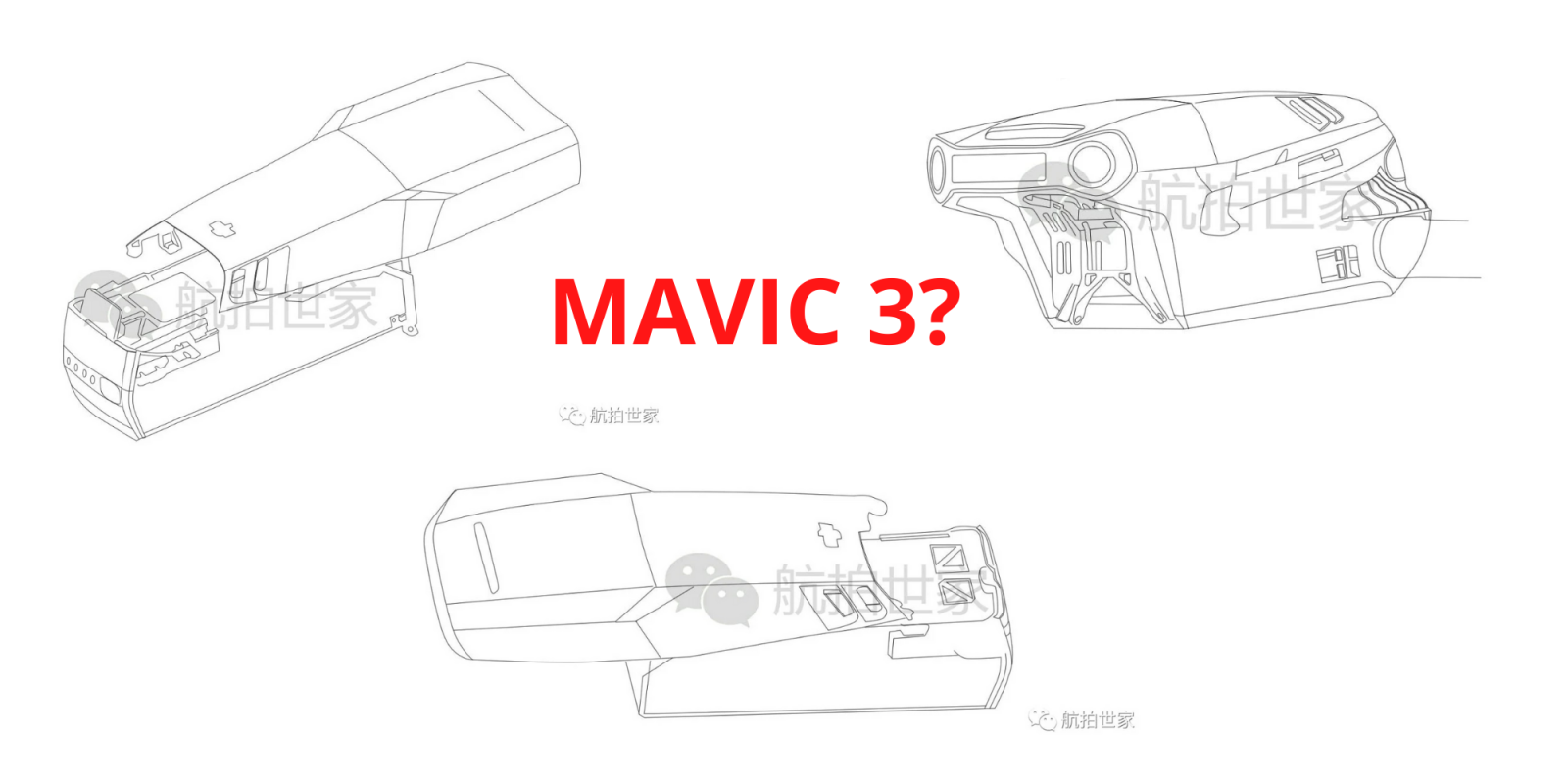 Another day, another leak. This time, it’s about the Mavic 3.

Chinese social media, not surprisingly, often contains a lot of posts about drones – including leaks – that most of us don’t see. That is, except for people who read Chinese characters and spend some time looking. A recent Twitter post suggests that some images pulled from WeChat belong to the Mavic 3, a long-awaited refresh/upgrade that is expected to land in Q3 or Q4.

That’s the only description that accompanied the photos, which someone had earlier watermarked and which were originally posted on the WeChat social media network. This time, it came in a Tweet from @DealsDrone:

Are these legit Mavic 3 images?

What do you think?

After taking a close look at these, it’s our best educated guess that there’s are not images straight from DJI. They don’t look clean enough, and that middle image in particular looks pretty rough around the edges. Check it out closely and you’ll see what we mean.

There’s also not enough detail in these to really offer any solid information, even if they were from DJI. But we’re pretty sure they’re not.