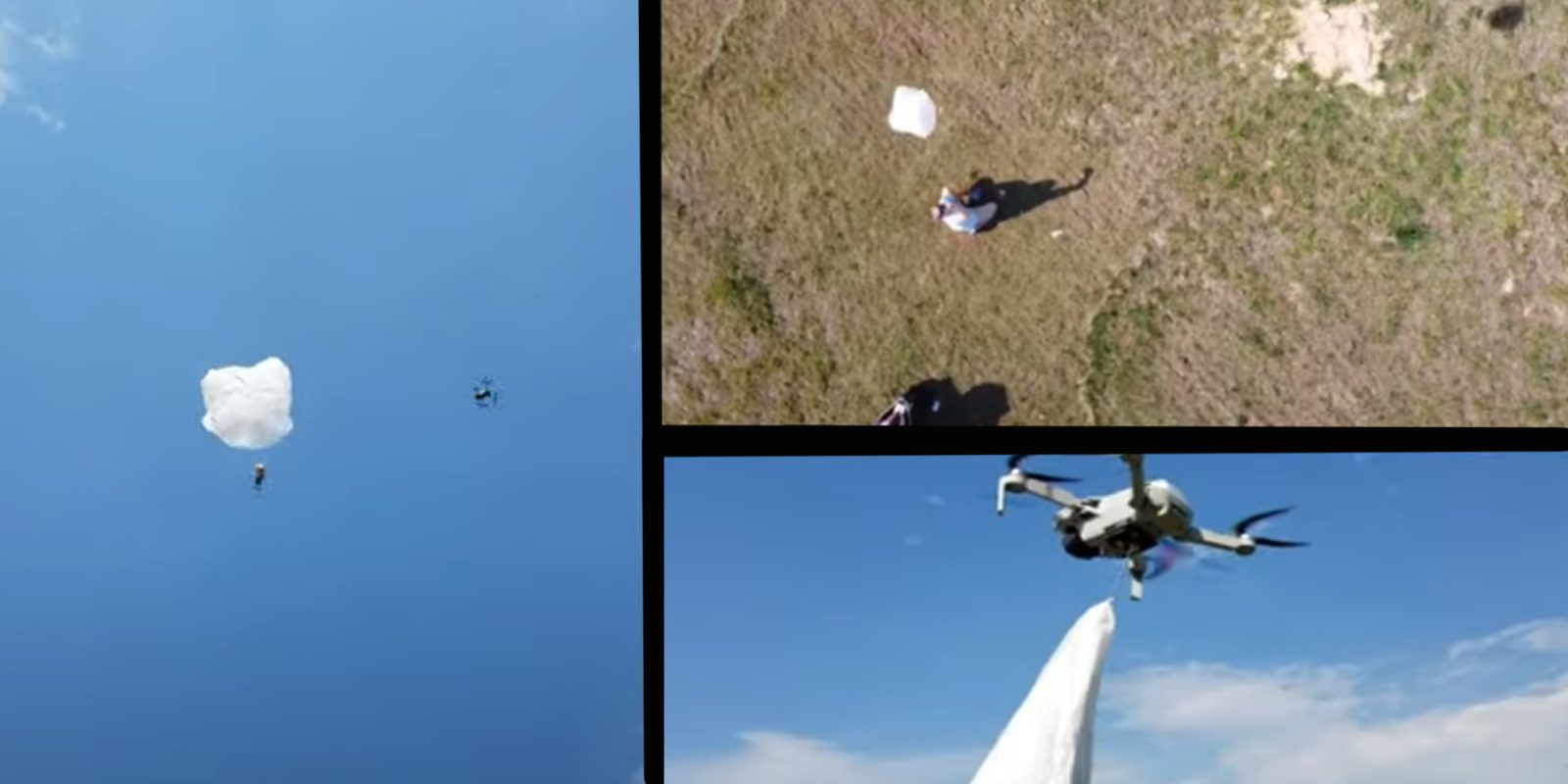 The DJI Mini 2 is an impressive piece of hardware. But it doesn’t offer any way to grab objects and drop them somewhere else. If you have a soldering iron and nerves of steel, pilot Everett Bradford shows you how to hack your Mini 2 to deliver payloads.

The Mini 2 does have enough thrust to carry more than its own weight, as you can see in this informal weight test. But fastening your drone to a basket with string just won’t cut it for many operations. And while there are add-ons that will let your drone release objects, they typically require a separate radio transmitter. Bradford figured out how to use the DJI software and controller to drop a payload. And it’s ingenious.

Hack your Mini 2 to deliver payloads

He noticed the software allows a pilot to change the colour of the RGB LED on the front of the drone while in flight. Rather than turn the LED yellow, he figured out a way to use the signal to energize a motor and release a payload. He explains it all clearly in the video.

It does require a lot of extra hardware. A motor, a PIC18F26K40 microcontroller, an H-bridge, another battery, and a small magnet that trips a Hall sensor. But he provides files for making your own 3d printed attachments and the software to drive it. And man, it requires courage. It’s a not a beginner project. There’s a lot of Mini 2 surgery here and there’s no way this doesn’t void the warranty.

Bradford plans to use the other signals that control the colours on that front LED. And he’s looking for suggestions.

We like hearing how pilots hack their machines for their personal uses. Let us know yours.