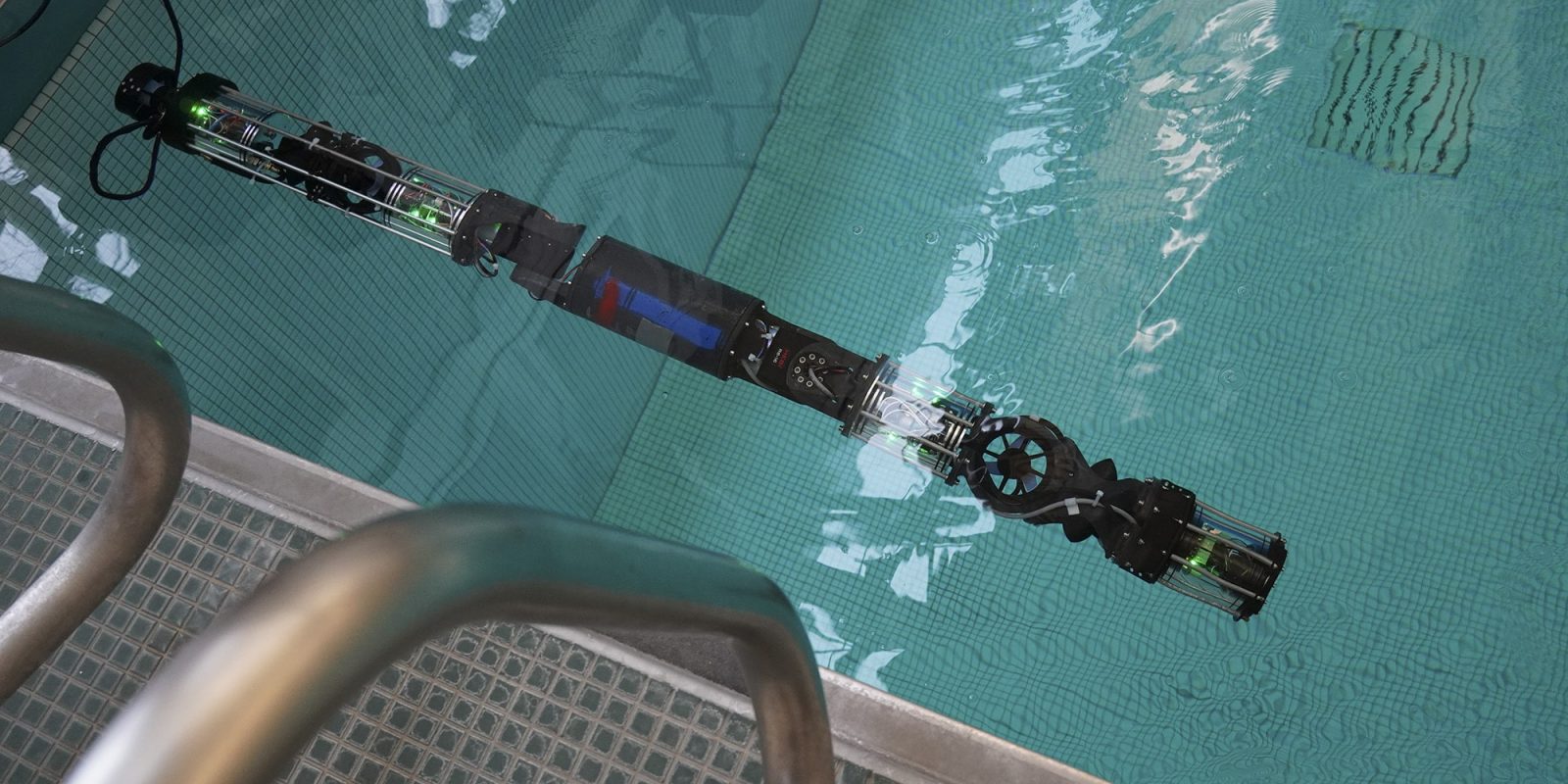 Inspecting underwater infrastructure for damage or just conducting routine maintenance of ships and submarines has never been easy. But that changes now.

Researchers at Carnegie Mellon University have successfully tested a snake-like drone that can slither its way underwater and squeeze into hard-to-reach spaces. Called Hardened Underwater Modular Robot Snake (HUMRS), this underwater drone can go places where other drones or robots cannot.

And as such, it has opened up new possibilities for underwater inspections for military and non-military users alike.

Let’s watch it in action…

Typically, to inspect underwater pipes and offshore oil rigs, asset owners need to send in a team of divers to the infrastructure location. Or in the case of submarines and ships, the Navy may prefer to wait to deploy divers until the asset returns to port or pulls it into a dry dock. These options are both expensive and time-consuming.

An underwater drone, on the other hand, can inspect a ship at sea and immediately alert the crew to critical damage, if any. The data and information captured can also be sent back to the port so that the maintenance crew can start repairs as soon as the ship docks.

And that step alone can save the Navy a lot of money, according to Matt Fischer, the program manager at Advanced Robotics for Manufacturing – the institute that provided the grant to develop this robot.

If the Navy can get that information before the ship comes into a home port or a dry dock, that saves weeks or months of time in a maintenance schedule. And in turn, that saves money.

Essentially, the drone could be used to inspect and maintain any fluid-filled container, including checking the integrity of a tank while it is still filled with liquids.

Why make a snake-like underwater drone

The credit for HUMRS’s flexibility goes to its novel, narrow, and jointed form factor. While conventional submersibles are characteristically blocky, one-piece arrangements, this underwater drone is narrow and jointed. As such, it can easily squeeze around corners and enter into small spaces where regular underwater drones can’t go.

The same modular design would allow the drone to adapt to non-submersible environments as well. So, while the team at Carnegie Mellon University used special turbines and thrusters to maneuver the drone underwater, it can easily be adapted to squeeze through tight spaces, such as under rubble, or climb up a tree.