Drones show the extent of volcanic damage in the Caribbean [Video] 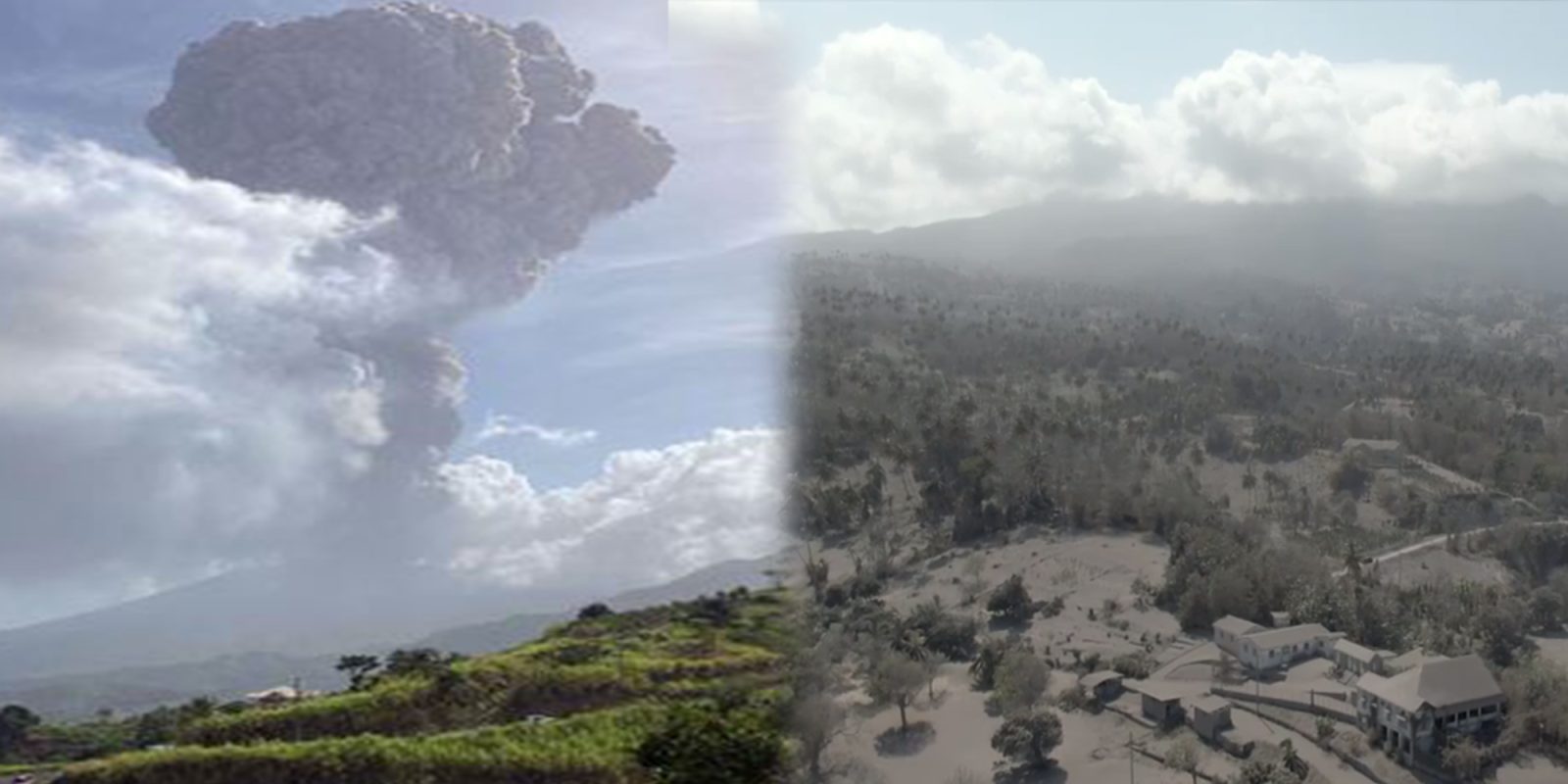 Iceland’s Fagradalsfjall volcano causes a sensation, but La Soufriere causes chaos. In a new video, drones show how daunting the cleanup will be in St. Vincent and the Grenadines once the Caribbean mountain finally stops erupting.

The prime minister appealed for international assistance to help with trauma caused by the eruptions. About 20,000 people were taken from the area nearest La Soufrière to the north side of St. Vincent after the mountain began erupting on April 9.  In some areas, ash is a meter deep, turning the lush land into a slag heap.

There are no fatalities, but the estimated 100 million cubic meters of ash caused extensive damage to agriculture, homes, and the island’s tourism industry.

”The lives and livelihoods of our people have been terribly affected,” says Prime Minister Ralph Gonsalves.  ”We are in a dire situation, frankly.” He estimates rebuilding will run to the hundreds of millions of dollars.

The United Nations launched a humanitarian appeal for $29.2 million to assist with clean water, food, and shelter. A team of U.N. experts is helping to assess what’s needed to safely dispose of the massive amounts of ash.

The ongoing volcanic activity threatens water and food supplies. So, the government is drilling for freshwater to distribute with trucks. Drone video shows rivers churning with a mixture of ash and mud.

“We cannot put a tarpaulin over a river,” Garth Saunders, minister of the island’s water and sewer authority, told NBC news.

The National Emergency Management Organization of St Vincent and the Grenadines urged residents not to gather near the rivers to view the ash flows, saying it was “extremely dangerous.”

Barbados is 120 miles from St. Vincent, but you wouldn’t know it from the amount of volcanic ash dumped on its streets and rivers. The airport just reopened, but researchers at the University of the West Indies warn the country should brace itself for volcanic residue for weeks.

The eruption is live streamed, and you can occasionally see the lava in some of these views.

What a difference compared to Iceland, where the volcano has actually been a tourist draw. These latest drone photos show some unafraid, perhaps foolhardy, visitors to the volcano. Two new fissures opened up, and the volcano’s reach grows larger by the day.