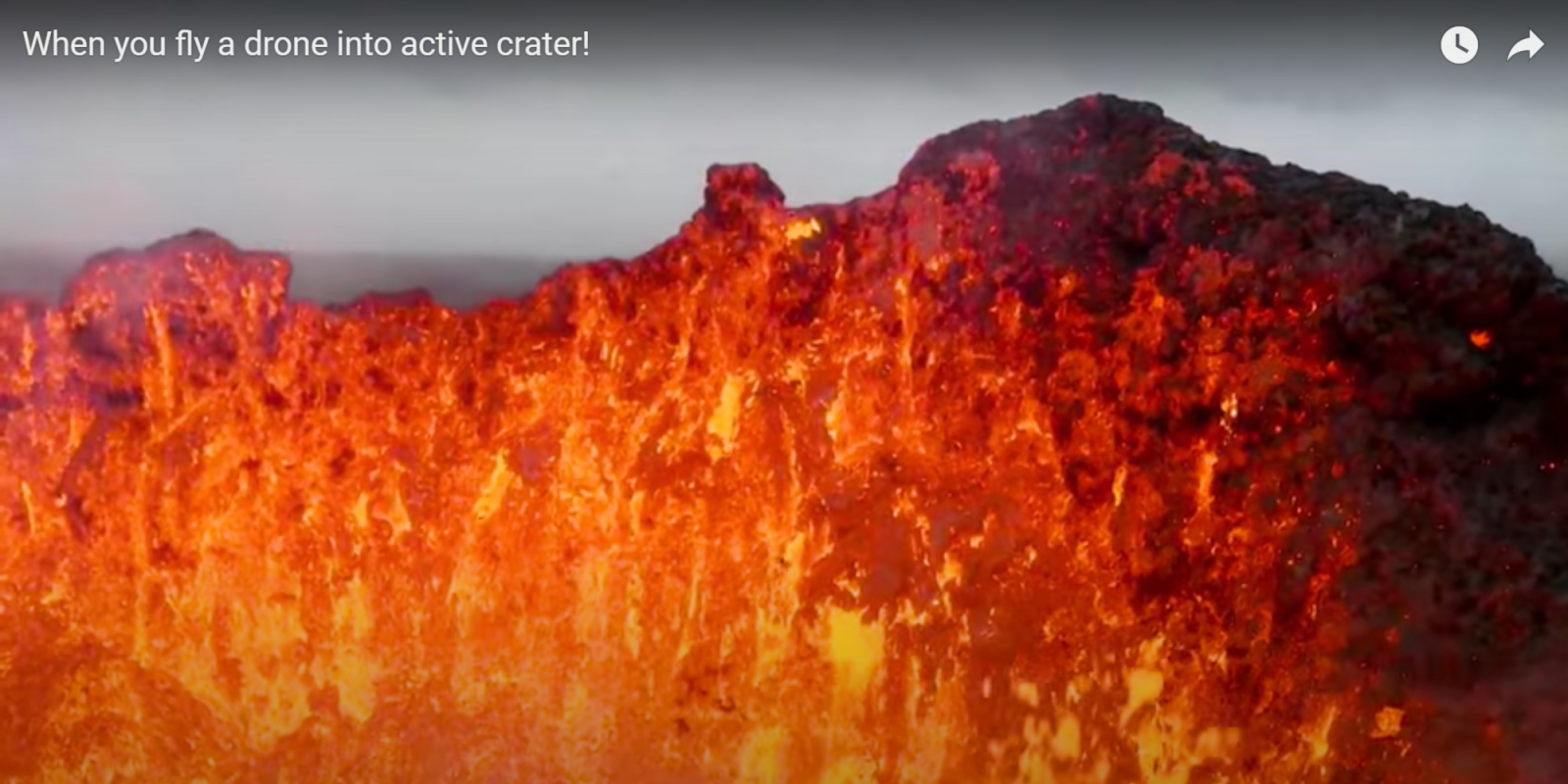 Drop everything you’ve been doing and get a load of this first! You will not be disappointed.

For about six weeks now, drone pilot Bjorn Steinbekk’s life has been consumed by the Fagradals Mountain volcano in southwest Iceland. When the long-dormant volcano on the Reykjanes Peninsula erupted violently last month, Steinbekk was one of the first drone pilots to capture the once-in-a-lifetime event through his new DJI FPV drone.

Ever since, he’s enthralled us with several jaw-dropping videos, flying directly over the crater and expertly maneuvering the drone between globs of fiery, hot lava.

This week, Steinbekk started a 12-hour live drone video stream from the volcano. But when it was time to conclude the spectacular event, he did the unthinkable. Steinbekk flew his drone right inside the active crater!

Yes, the lava bath melted the drone, but its sacrifice did not go in vain. Just watch this insane footage the drone transmitted back before succumbing to the heat:

To be honest, watching the drone go toward the end was nothing short of heartbreaking. But you’d agree, what we just saw is something none of us could have ever hoped to watch with naked eyes — or even otherwise.

The earth’s mantle is one of the biggest places on the planet. It’s hiding beneath only a thin crust of rocks. And we still don’t have the technology to explore it because lava temperatures can easily range from 1,500 to 2,300 degrees Fahrenheit.

So, it’s actually surprising that the FPV drone even lasted that long. DJI should be very proud of its mighty machine, and maybe even send Steinbekk a replacement?

We sure want to give Steinbekk a pat on the back because not every drone owner would have the heart to do what he did. Not that the experience was any less poignant for him. He says:

It’s hard to describe in words, but I have actually been very emotional this morning, crying and sad but also so thankful for this experience and being able to share it with you. I realized last night when I took a walk down to say goodbye to this magnificent phenomenon that you can fall in love with a volcano.

And what do you think? Did you find the video mesmerizing? Were you rooting for the drone? Share your thoughts with us in the comments below!